In the past, Huawei phones didn’t have much presence outside of China. It wouldn’t have been too silly back then had someone asked, “Where are Huawei phones made?” After all, they weren’t a well-known brand before. However, with the rise of the P20 Pro in 2018, Huawei’s brand entered the global stage. Nowadays, most people will agree that Huawei can compete with other high-end phone brands. They manufacture top-of-the-line phones that can go against the likes of Google, Samsung, and Apple. This 2020, let’s take a look at some of the most impressive Huawei phones any tech fan should look into.

Impressive Huawei Phones You Should Check Out

In this list, we’ve narrowed down to 15 of the most impressive Huawei phones that are certainly worth looking into.

Few phones from 2017 can still be considered worthy contenders by today’s standards. However, even with its three-year-old release date, the Huawei Mate 10 Pro still proves to be a viable option.

The Mate 10 Pro’s age is seen only in its design: its top and bottom bezels. While these bezels are thin, they still make the phone a tad outdated. However, the overall build is premium with a glass back and metal frame. Plus, it’s water-resistant. 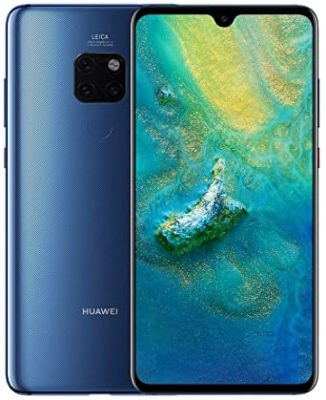 If you want a solid phone for the price, the Mate 20 is a good option. It’s one of the strongest Huawei phones given the specs and the price tag.

For its internals, it employs a Kirin 980 with 128 GB of storage and 4/6 GB of RAM. Battery power is also pretty impressive coming in at 4,000 mAh. It’s got a large capacity and can last for a full day’s worth of heavy usage.

To top it off, the Mate 20’s triple-camera system makes it versatile for photography. The rear lenses come in at 12 MP + 16 MP + 8 MP while the front camera is a large 24 MP.

Stepping into the pro league, the Huawei Mate 20 Pro is certainly worth taking a look at. While it does come at a higher price than the others, it’s still worth considering especially for its features.

Coming in at 6.39” with a 1440 x 3120 resolution, this phone’s a worthy contender against many high-end phones. Not to mention its AMOLED display makes the screen even more stunning with pure blacks and no light bleeding. Plus, its HDR10 support makes games, movies, and videos look stunning. It’s also pretty easy to access your phone with an in-display fingerprint scanner. The only downside to the screen is its large notch on top.

With a Kirin 980 processor, an 8 GB RAM, and 256 GB of storage, the Mate 20 Pro certainly lives up to its price. Even the battery isn’t one to joke around about as it comes with a 4,200-mAh capacity. Top it off with a triple-lens 40 MP + 20 MP + 8 MP rear camera system and a 24 MP selfie cam, and you’ve got a real higher-end competitor. If you don’t mind the price, you can purchase yours on Amazon.

Check out the Mate 20 Pro’s specs and features today! 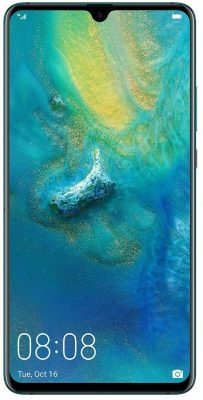 Huawei phones come in all shapes and sizes—and we mean that literally. If you’re a fan of all things big (big battery, big storage, big screen), check out the Mate 20 X.

Coming in with a whopping 7.2” screen, the Mate 20 X is practically a tablet! If you’ve got big hands, this might not be a problem for you. However, many people will have a hard time fitting this in their hands.

The design is premium and modern with a teardrop front-facing camera and a quality build. It’s also future-proof with a 5G capability. Plus, it has a huge all-day battery that’s 5,000 mAh. Thus, if you want to watch videos and play games, you won’t have to worry about your phone dying.

With a big package also comes a big price tag. On Amazon, it can go for $1,199 for the price plus shipping. If you’re in the market for one, get yours here. 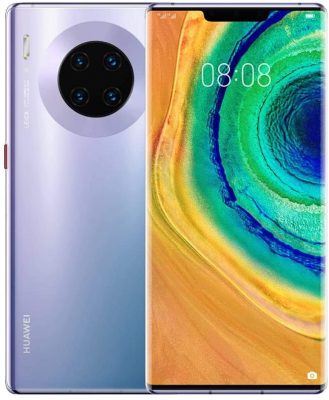 With a premium build, quality, and features, the Huawei Mate 30 certainly is one of the Huawei phones that won’t disappoint.

Built with a glass front and back, and an aluminum frame, the Mate 30 lives up to its flagship status. Its body is high-quality with an IP53 dust and splash protection rating.

Other features include facial recognition, an in-display fingerprint scanner, and a 4,200-mAh battery with wireless charging. As a bonus, it also has reverse wireless charging and a headphone jack! 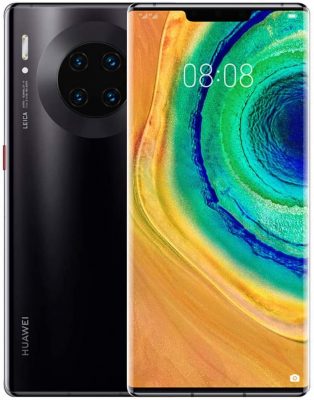 If you thought the Mate 30 was amazing, the Mate 30 Pro is a step up. It comes with the bumped up specs of the Mate 30—truly a pro phone.

It’s built with aluminum with Gorilla Glass 6 on the front and back. For dust/water resistance, the Mate 30 Pro comes with an IP68 rating (2 meters deep for 30 minutes).

Other features include facial recognition and an in-display fingerprint sensor. The battery’s impressive at 4,500 mAh with 40W fast charging. Plus, it has wireless and reversed wireless charging. 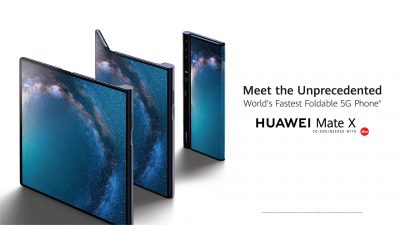 While it may not be widely regarded as the best Huawei phone, it’s certainly one of the unique. Introducing the Huawei Mate X, the first of foldable Huawei phones.

Of course, the highlight of this phone is its dual-use (tablet/phone) feature due to its foldability. It can be an 8” tablet or a 6.6” phone, and it is built with an aluminum back and frame and a foldable, plastic front.

While specs aren’t the highlight, they’re certainly good enough to be flagship-tier. The phone employs an OLED display that can either be 2200×2480 (tablet mode) or 1148×2480 (phone mode).

Out of the box, it comes with Android 9 Pie, a Kirin 980 processor, 8 GB RAM, and 512 GB of storage. The camera systems come in 40 MP + 8 MP + 16 MP with HDR and there’s no selfie cam since its folding mechanism allows you to use the main cameras for selfies.

For other features, it has a side-mounted fingerprint scanner and 4,500 mAh with 55W fast-charging battery. You can get here. 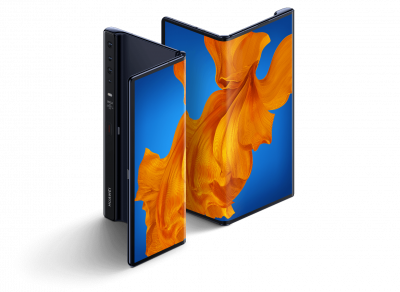 As a successor to the Mate X, the Mate XS is the most recent Huawei foldable phone. It adds a few refinements to the previous Mate X.

As you can expect, it’s still a Huawei smartphone and tablet all in one. It’s pretty much the same as the Huawei Mate X in almost all fronts, though. The same build, screen, resolution, and size. Even the camera systems are still the same megapixels with the same features. The same side-mounted fingerprint sensor, 4,500-mAh battery, and 55W fast-charging capability.

The main difference with the Mate XS is the chipset. It still comes with 512 GB of storage and 8 GB of RAM. However, the chip is a Kirin 990 5G SoC. What that means is both the processor and the 5G modem are all in one chip. With the Mate X, you had to separately install a 5G modem.

Additionally, the Mate XS ships with Android Open Source 10 instead of last year’s Android 9. That’s because of the whole debacle with Google and the issue of banning Huawei phones. Moreover, Huawei claims there are minor hinge tweaks for a firmer and sturdier folding mechanism. 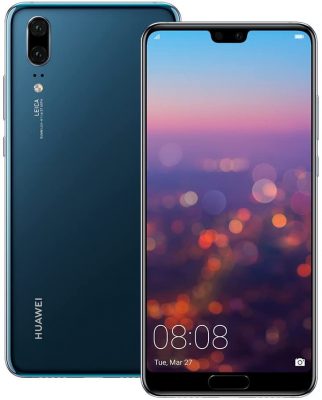 If you want a solid phone with a solid price, check out the Huawei P20. It’s one of the older Huawei phones worth looking into.

It’s not wild or incredibly notable overall. However, it’s still a solid option for its price. Check out the P20 on Amazon today to experience this phone’s capabilities. 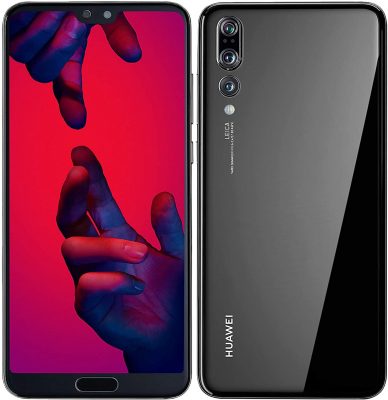 Huawei phones didn’t always get this much recognition back in the day. However, if you were following the smartphone industry awhile back, the P20 Pro really created a buzz. You couldn’t name Huawei’s best phone without mentioning the P20 Pro at the time.

What really stood out about the P20 Pro in the past (and to this day) is its camera system. It has a 40 MP wide, 20 MP ultra-wide, and 8 MP telephoto camera, and it gives you 3x optical zoom, by the way. On the front, it sports a 24 MP camera in its small notch. Additionally, the P20 Pro is surprisingly good at night shots, which isn’t common in smartphones. If you’re planning to get one, you can purchase yours on Amazon.

Check out the P20 Pro today and get a smartphone with great camera features. 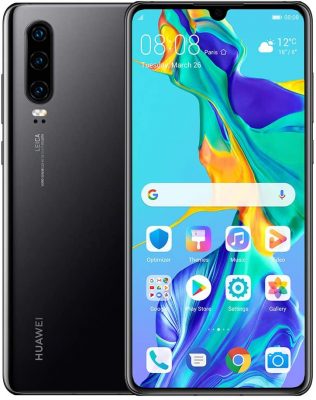 Coming as a successor to the P20, the Huawei P30 remains one of Huawei’s best phones.

Not only that, but the P30 also comes with a great camera system and that’s not surprising since it’s become Huawei’s edge when it comes to its smartphones. It has a 40 MP + 16 MP + 8 MP system at the back. On the front, it employs a 32 MP selfie camera. One of the camera’s highlights is its 30x zoom. Thus, that’s plenty for when you want to record concerts at a seat that’s far away and it also has low-light capabilities, which give a great overall camera experience.

Check it out today and experience great camera features. 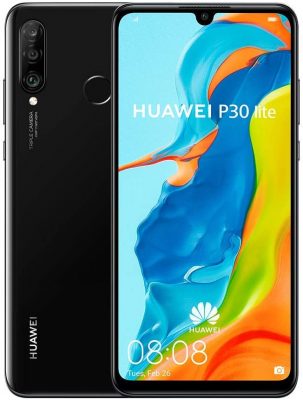 For those wanting a bit of the P30 experience without going bankrupt, Huawei unveiled its younger brother, the P30 Lite.

Don’t think it’s all downhill, though. Even if it’s not like its brothers, the P30 Lite does have a competent camera system. It comes with 48 MP + 8 MP + 2 MP triple rear cameras and a 24 MP front camera.

It also looks and feels good with a teardrop front cam and a glass-backed design, and you can be sure you’re getting a mid-range phone with high-end feels. In addition, it has facial recognition. Overall, it’s a satisfactory mid-range phone.

Check it out on Amazon today and get a great smartphone without breaking your budget. 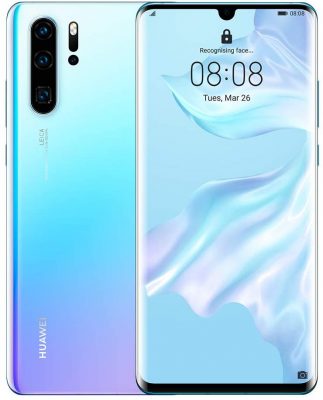 An absolute beast, the P30 Pro is the largest and best phone out of the P30 series.

The camera system is really where this phone shines. It comes with a 40 MP + 20 MP + 8 MP + ToF rear camera system. For the front camera, it comes with a 32MP lens. These specs aren’t the star, though. It’s the 5x, 10x, and 50x digital zoom that really takes the cake. In addition, it has low-light capabilities. Not only these, but it also comes with beautiful aesthetics due to the colors it comes in.

Check out the P30 Pro on Amazon to get a great smartphone that’s packed with features.

Now comes some of the latest Huawei phones of 2020, and this flagship rivals its highest-end flagships on the market like the Galaxy S20.

Other features include facial recognition and an in-display fingerprint sensor. It also has 3,800 mAh with 22.5W fast-charging battery.

Perhaps the only downside is its disconnection to the Google Ecosystem. That makes it ship with the open-source Android 10. However, if you’re okay with that shortcoming, you can buy it on Amazon. Check out the P40 today to experience all of its features.

The big brother to the P40, the P40 Pro is on the top of the line among Huawei phones.

It’s built with a glass front and back with an aluminum frame. Not only that, but it’s also IP68 water/dust resistant (up to 1.5 meters deep for 30 minutes).

For the mouthwatering camera, it comes with a 50 MP + 12 MP + 40 MP + ToF quadrupole camera system with HDR. On the front, it has a stunning 32 MP selfie camera with HDR.

Other features include infrared facial recognition and an in-display fingerprint sensor. It has a 4,200-mAh battery, 40W fast-charging, 27W wireless and reverse wireless charging.

Again, the only downside is it’s only Android 10 without any Google apps. However, its specs are mouthwatering enough that people will still buy it.

You can check out the P40 Pro on Amazon today and get a smartphone with great features.

Huawei is a real contender when it comes to smartphones. However, the whole Google Play ban is one huge thing that Huawei does have to deal with. Apart from that, Huawei phones are a solid choice in terms of both build quality and features.

How to Turn Off AMBER Alerts Permanently on Your Phone

Republic Wireless Review: Everything You Need to Know

Razer Kishi: What Makes it the Best Controller for Mobile

The Sims Mobile Review: Is It Worth Your Time?