The waterproof phones are gradually becoming a necessity in our current generation that everyone loves to have one. Well, how you could not? Waterproof smartphones allow you to experience flexible and convenient living. Whether you’re caught up in a rain on your way home or heading out to the beach for a swim, you can use these handy devices to send text messages.

You can take snaps of your outdoor activities without the fear of breaking it at the end of the day. So, if you haven’t owned yet and you’re looking for the right waterproof mobile that matches your taste and budget, here is a list of the best waterproof phones you’ll ever need.

How Do Waterproof Phones Work?

Perhaps you throw into the pool the waterproof phone you’ve recently bought to test whether its waterproof capacity is accurate or not. However, before you subject your phone into any kind of liquid, you should first consider how waterproof phones work. Otherwise, you might commit an error which is not covered by your phone’s warranty.

Waterproof phones work in ways we expect them to be. It can withstand a sprinkle of water from the rain, operates the phone with wet hands, or even in outdoor activities such as swimming. However, not all waterproof phones are capable of doing such intensive protection. We have to be aware of its waterproof rating to determine whether or not the phone allows us to expose to the water.

Criteria To Consider When Choosing A Good Waterproof Phone

Many of us want a smartphone that can withstand intensive water exposure. Hence, most flagship phones released by the top phone brands sport a certain level of water-resistance. It can also manifest through the so-called IP code or rating. IP stands for International Protection Marking but popularly known as the Ingress Protection.

It serves as a rating system for the dust and water-resistance of certain electronic devices. It usually contains the letters, IP, followed by two other digits. The highest rating a smartphone can earn is IP69K. This means that a certain phone is capable of surviving a rigorous environment such as high water pressure and temperature.

Even when dropping into a concrete floor, on the other hand, the IP68 rating is a standard feature found among premium phones in the market. It indicates that the phone has complete protection against dust with the ability to submerged underwater in one meter or more in 30 minutes.

Even though your smartphone is IP68-rated, there are still some things that your phone forbid you to do. It includes using it as an underwater camera or bringing it with you bare with no protection. Especially during extreme water activities such as white rafting.

Remember, an IP68 rating can only protect your phone from dust and water. It cannot shield your phone from breaking when it hits a rock or any hard object during the event.

If you ever need some recommendations to protect your smartphones even if they’re waterproof, we got you. Find the perfect mobile accessories you need to protect your phone.

List of The Best Waterproof Phones You Need Now 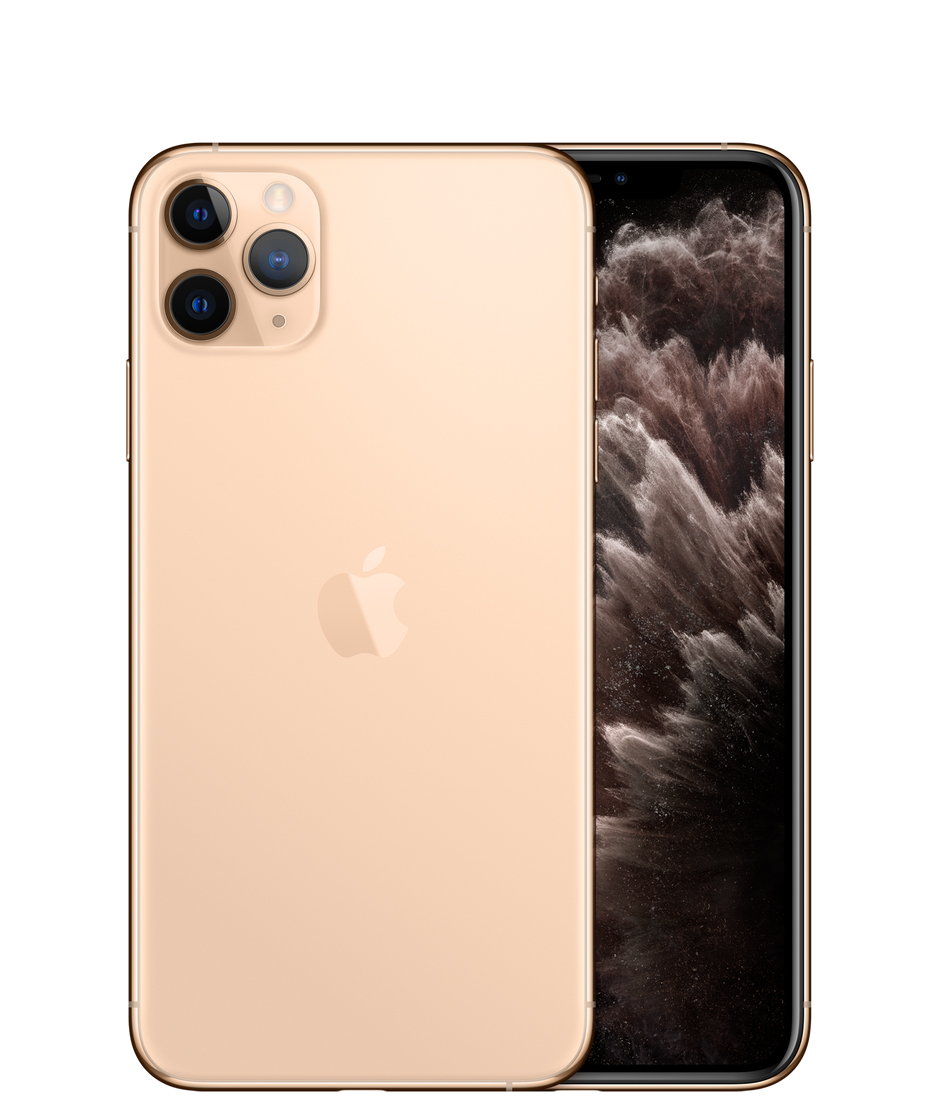 To start our list of the best waterproof phones in 2019, let’s take a look at the newest flagship phone of Apple, the iPhone 11 Pro Max. Compared to its predecessors, this latest device boasts an IP68 rating and proven to withstand 4 meters (13 feet) of water for 30 minutes. That means when your phone accidentally slips into the swimming pool, you’ll be able to retrieve it fully functional. Aside from it, your phone can survive daily accidents involving water such as spilling a drink or having it wet from the gushing rain.

Not only does the iPhone 11 Pro Max highlight its waterproof accuracy. It also features a triple-camera system, enhanced night mode, and rigid battery life, and the stellar A13 bionic processor to keep at par with the high-end phones released in the market as of late. 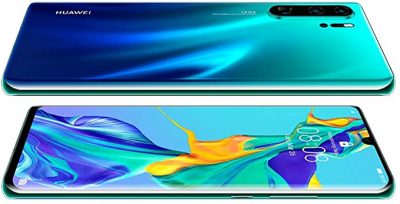 Over the past years, Huawei is one of the leading mobile phone brands known to produce top-grade smartphones. Huawei Mate 30 Pro is another proof of the company’s longstanding quality. Officially launched in China in September 2019, this device jampacks with premium features everyone will get excited about. It includes a 6.5” OLED screen, battery life that can last up to 2 days. Excellent low-light photography, and a top-end Kirin 990 chipset for an ultra-fast gaming experience. Of course, Mate 30 Pro has IP68-rate which makes it a big plus for Huawei fans.

The only downside of the phone is that it doesn’t come with pre-loaded useful Google applications. But if you don’t mind sideloading apps, this could be the perfect phone you’ve been looking for. 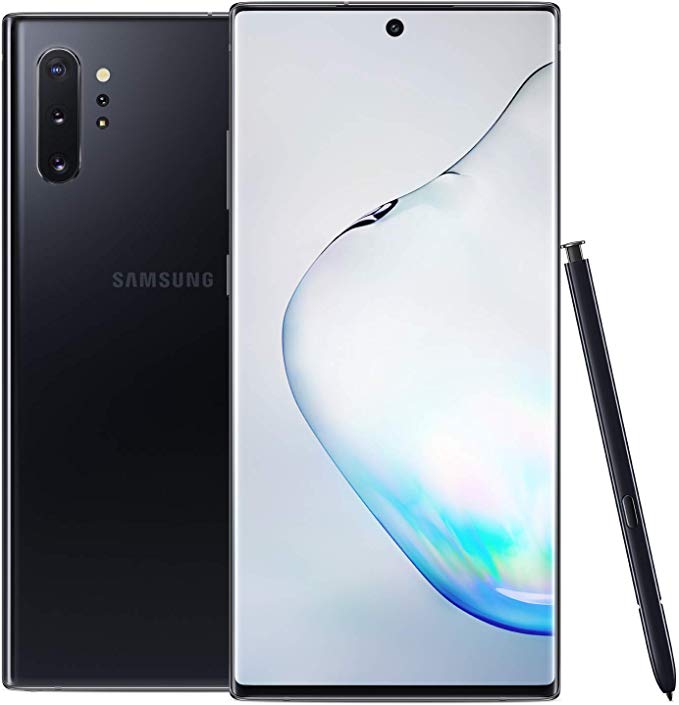 Our list of the best waterproof phones in this year wouldn’t be complete without Samsung Galaxy Note 10 Plus. It sports an IP68 rating and goes with an array of wonderful innovations. It includes a wide range of color options and the oh-so stunning aura glow color. Not to mention, this waterproof phone tag as an all-rounder device. Capable of doing a multitude of tasks such as mobile photography even underwater, fast performance, and a massive RAM and battery life ideal for gamers. Awesome, right? 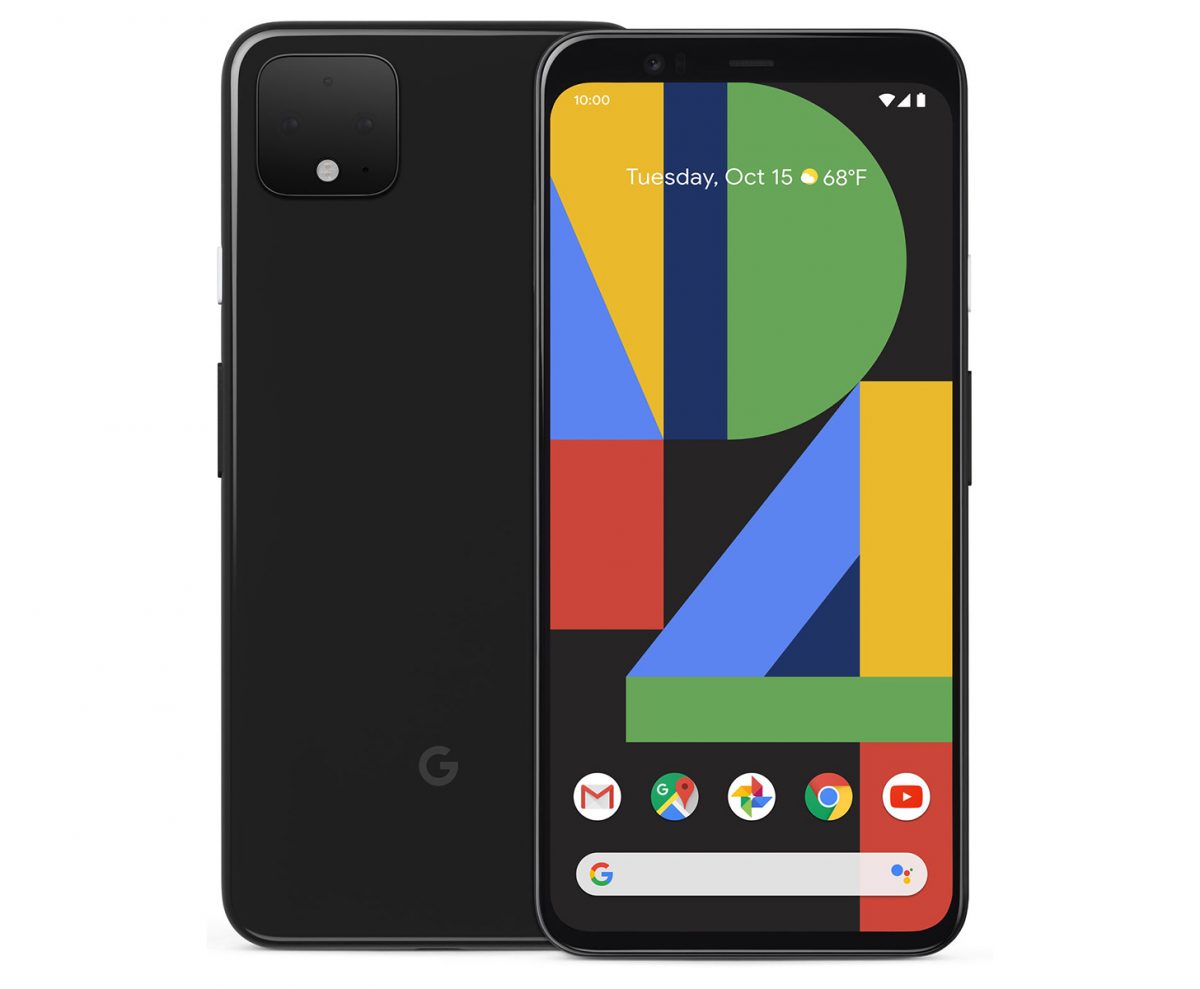 Officially unveiled on October 15, 2019, Pixel 4 XL is one of Google Pixel’s waterproof phones that presents a new horizon to Android users. Considering its camera, displays, and authentication system. It touts an IP68 waterproof rating which isn’t a new improvement made upon the Google Pixel line. But it is a strong assurance that Pixel 4 XL renders maximum performance after submerging into 1.5-meter of water.

In addition to these, Pixel 4 XL has a 6.3” display with a 90Hz of refresh rate. This feature allows everything to look more streamlined compared to other Pixel models. Also, it has a Face Unlock feature, similar to Apple’s Face ID system, and a Motion Sense Air gesture using Google’s trailblazing Soli radar chip. 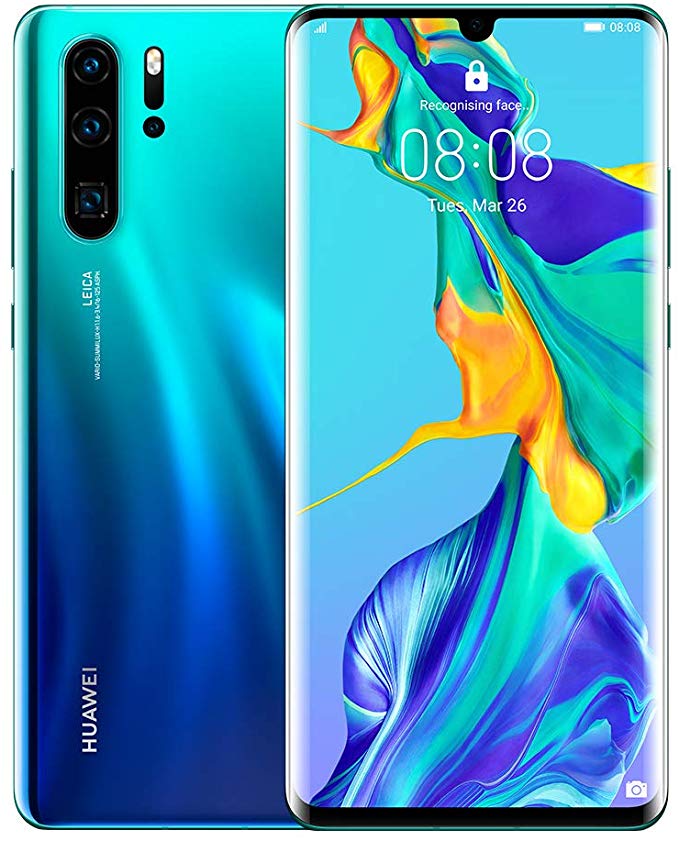 If you’re an adventure traveler who prefers to take snaps of your escapades, look no further than Huawei P30 Pro. This device has an IP68 waterproof rating coupled with a quad-lens rear camera for superior mobile photography. Similarly, P30 Pro offers incredible snapping experience whether you opt to take depth-of-field portraits, distant zooming, lowlight capturing, or wide-angle panoramas.

Another excellent entry on our list is LG V50 ThinQ™ 5G which is a great upgrade from its previous version — LG V40 ThinQ. It is one of the few phones in the market that features 5G connectivity. It’s a strong device that boasts premium specs and charming design, including an IP68 rating, Snapdragon 855 processor, and excellent stereo speakers. While LG isn’t famous for its camera performance compared to Huawei, Samsung, and Google, the V50 delivers top-notch photography results in all lighting scenarios. Combine all of these features and you’ll get superior waterproof phone capable of handling multi-tasks and good gameplay.

V50 ThinQ™ 5G is available on LG’s official website and other phone stores for more or less $1000. 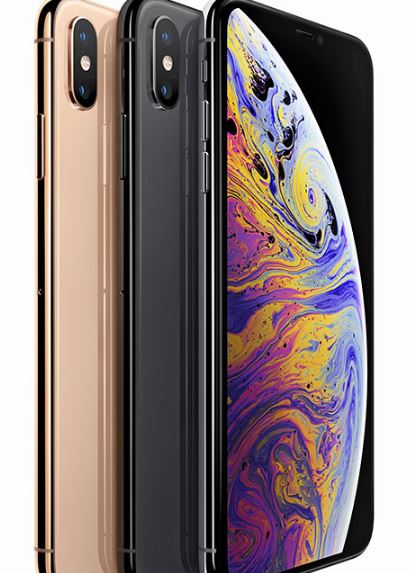 iPhone XS sports an incredible waterproof technology. In fact, it is the first iPhone model to obtain an IP68 certification. This is an improvement from the IP67 rating of the X which could only manage to survive a meter-deep of water for half an hour. Design-wise, it doesn’t boast much difference from the X but there are some improvements under the hood. It includes an A12 Bionic processor which is a step up from its predecessor and improved camera technology with SmartHDR for colorful and more detailed snaps. 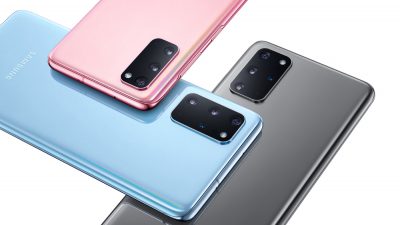 If you’re entering the Samsung Galaxy line for the first time, one question you might ask yourself is, “Which Galaxy is waterproof?” Apart from the Galaxy Note 10 Plus mentioned above, another excellent waterproof Galaxy phone you might want to consider is Galaxy S20. It sports an IP68 water-resistant rating, completely securing the device even when submerged up to 5 feet of water for 30 minutes. The best part of it is that Samsung doesn’t have to sacrifice the headphone jacks to achieve such a feature.

While this waterproof rating isn’t a new innovation among the Galaxy S series, S10 Plus packs a punch in terms of overall performance.  You’ll love watching your fave shows in its 6.7” Super AMOLED display. Plus, it has Snapdragon 865 chipset, an in-display ultrasonic fingerprint sensor, and a triple camera system to boot. 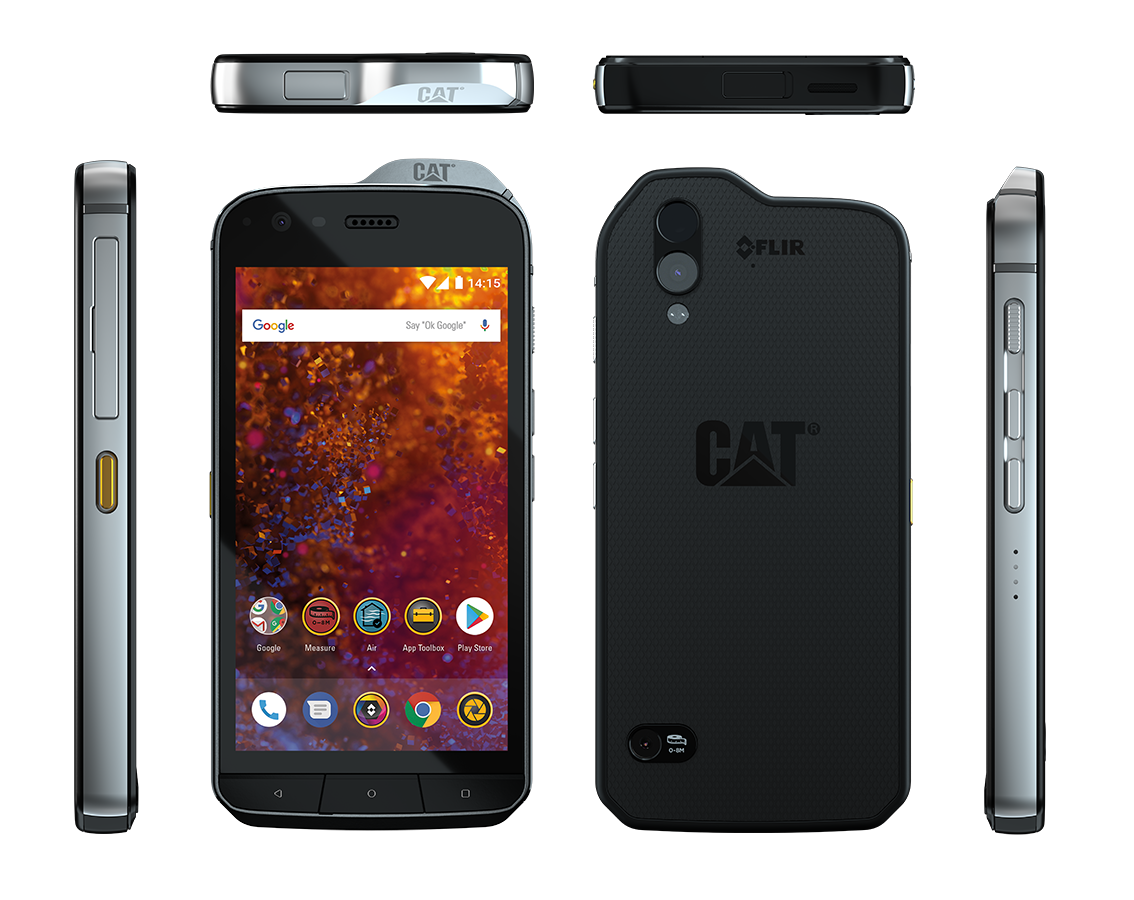 Bullitt Group remains to be the frontrunner of the best-rugged smartphones in the market with Cat S61. Thanks to its rubber-sealed corners and polycarbonate protection, the device earned an IP69K rating which means it is resistant to dust, dirt, salt mist, humidity, and strong vibrations. The phone submerges up to 3 meters underwater for an hour and is capable of surviving water pressures and temperatures up to 80 degrees Celsius. To make things more interesting, you can drop S61 onto a hunk of concrete from up to 1.8m height. With these in mind, you wouldn’t have to worry about breaking your phone when you accidentally drop it on the hard floor or into the pool.

The phone is highly different compared to the majority of the phones in this list. It is big and bulky, design this way to achieve the highest IP rating. Generally, Cat S61 is a completely waterproof phone that costs more or less $850 on Amazon and other phone stores. 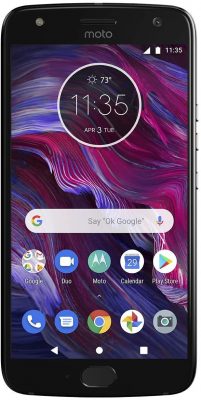 The Motorola X4 is among Motorola’s waterproof phones that exhibit good overall performance for a mid-tier level. For only $240, the device is one of the cheapest waterproof phones available around. Powered by Qualcomm Snapdragon 630 and a good dual rear camera system. What makes X4 special is that it has an amazing wireless sound system in which you can connect the phone for up to 4 Bluetooth devices, allowing the user to stream multiple audio services. Apart from it, X4 also features Moto Key to give users the freedom to autofill passwords using a fingerprint scanner.

There you go, the 10 best waterproof phones as of now. These smartphones are surely the best companions you can have as you hit the beach or venture in a wet and wild adventure. Which among the list caught your attention? Don’t forget to share the article with your friends!