With the pace of technological innovations evolving rapidly, it’s no doubt smartphones have quickly transformed too. In fact, when there’s a newly launched phone for a specific year, there’s always something waiting on the pipeline. No sooner have you waited for the latest smartphone, there’s already a new unit anticipating for its next big release to the public. Finding the best upcoming phones in 2020 can be a daunting task since there’s a huge variety being offered around the market.

Are you planning to buy an elegant-looking and sleek iPhone? Perhaps, you’d rather go for Samsung’s latest smartphone unit with its flexibility and innovative screen technology. Indeed, there are so many options to choose from; however, we’ve curated this list for the upcoming phones you need to keep an eye on in 2020 for easier reference.

Here we highlight the upcoming phones that are still to be launched or newly-released to the market. Let’s have a look at our top selection of upcoming phones! 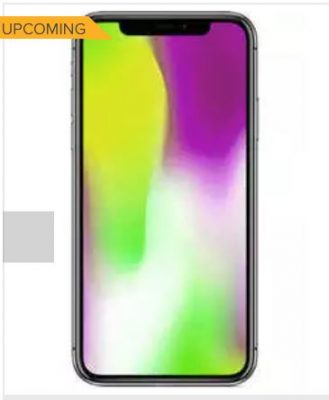 As soon as the 2020 iPhone SE was made known to the public, rumors began circulating about a bigger model. With the iPhone SE basically adopting the body of the iPhone 8, there is speculation if a Plus model will be released to slot into Apple’s iPhone 8+ space. While many people have said that this Apple phone is unlikely to be developed (a four-year-old aesthetic and a price higher than the SE’s make it close to Apple’s iPhone XR), there is some assumption that it will be released in early 2021. 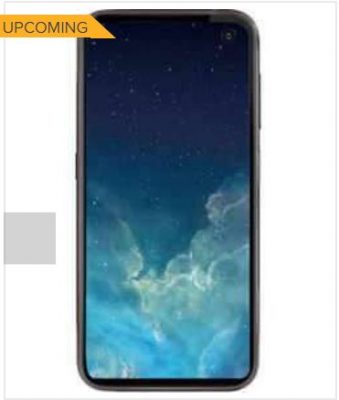 Nokia is considering adding another inexpensive mid-range 5G smartphone to its selection, and it’s speculated that this Nokia phone will integrate with the all-new MediaTek Dimensity or Qualcomm Snapdragon 690 5G hardware. The company has confirmed it’s developing on more inexpensive 5G devices as well as new devices with an integration of the new Qualcomm hardware in the next years to come. The public is expecting updates from Nokia about this upcoming phone in September 2020. 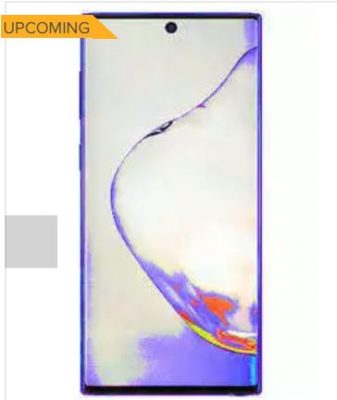 Samsung Galaxy Note 20 is one of the Android phones that you need to keep an eye on for the current year. It is expected to take the 120-Hz display of Samsung’s S20 series. The smartphone’s camera has the features of the S20+, and it introduces a new phone with S Pen functionalities. The public can expect two sizes similar to Samsung’s Note 10. It will be launched around August 2020.

Some speculations include there will be a Note 20 Ultra instead of a Note 20+; however, these two Samsung phones’ official names are being used interchangeably. 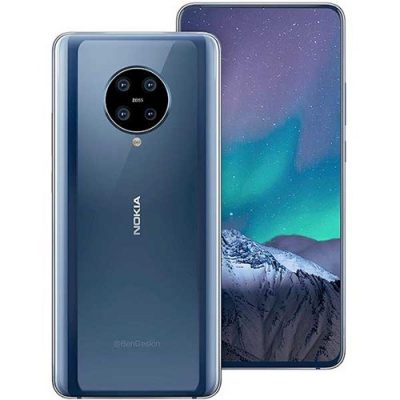 The rumor about Nokia is that it wants to update the Nokia 9, but to integrate with Snapdragon 865, it is delaying it further until late 2020. It is speculated to release in either August or September. This is due to the fact that there’s a lot of work required to enable the camera phone system to operate on the latest hardware.

If you’re asking where the Nokia 9.1 and Nokia 9.2 are, they may be missing from the scene because the speculated Snapdragon 855 version never appeared. That said, other smartphone models for 2020 were transitioning to x.3; hence, people suspect Nokia 9 would do the same. 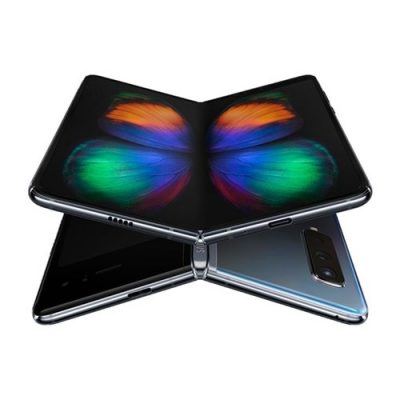 There have been numerous threads of speculations that indicate Samsung is considering the most inexpensive folding smartphones. The Galaxy Fold E is rumored to be its adaptation as the newest Galaxy phone with foldable characteristics. Initially, it was rumored that Samsung is looking at a price drop on special editions in the mid part of 2020 for clearing out old stocks and making space for the Galaxy Fold 2. 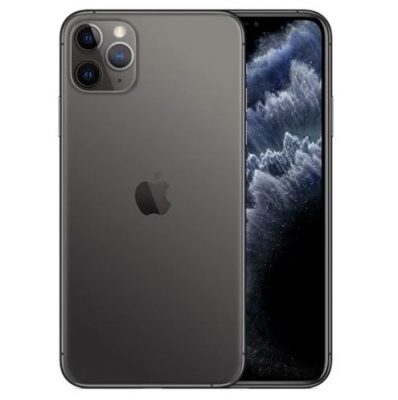 With Apple’s iPhone 11 series already launched and available on the market today, the big speculation over 5G still exists. Tech giant Apple had stated it wouldn’t release a 5G smartphone in 2019 and it definitely didn’t. On the contrary, long before Apple’s iPhone 11 was made known to the public, there were rumors already spreading about the 2020 iPhone – the iPhone 12.

Apple iPhone 12 has speculations of having an all-new squarer structure, OLED displays, 5G, and no notch for all four units, i.e., iPhone 12, iPhone 12 Max, iPhone 12 Pro, and iPhone 12 Pro Max.

Xiaomi has displayed a number of folding smartphone prototypes in the past few years; however, it has recently become part of the rumors that include Xiaomi’s participation to source components from Samsung Display. It is believed that the company is interested in manufacturing a folding phone just like the Samsung Galaxy Z Flip. It would potentially offer a more affordable entry-level price point to folding smartphones and add unique varieties to this rapidly growing market. 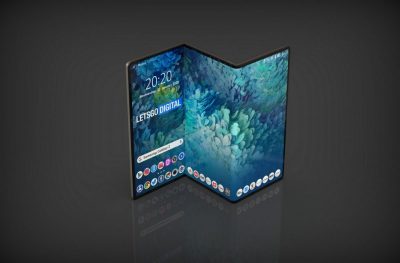 Speculations have indicated that Samsung will be upgrading the existing Fold with a new version of a smartphone. It is expected that it will be a flagship-grade upcoming phone integrated with Snapdragon 865 with 5G capabilities. It also has been rumored to have features of a camera phone like that of Galaxy S20+.

Many people have suspected it will also have the ultra-thin glass of Samsung’s Galaxy Z Flip. It’s more likely that people will consider this as a premium smartphone; however, reports have found out that Samsung wants to keep the value under control. That said, this Samsung phone might be cheaper than the original model. 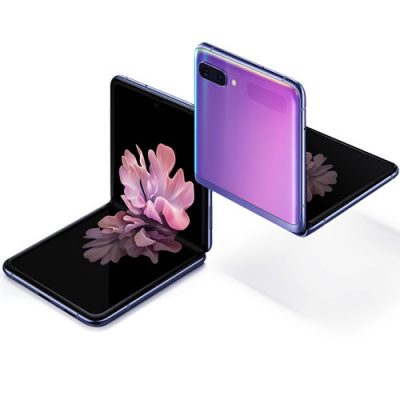 Another Samsung phone has been added on the list of speculated upcoming phones to appear in 2020. Samsung Galaxy Z Flip’s 5G version has been rumored to be released this year. Aside from 5G capabilities, the Galaxy Z Flip will have an all-new and improved hardware upgrade, sitting on the Snapdragon 865. That said, it will be one of the most powerful new phones that will be released on the market. 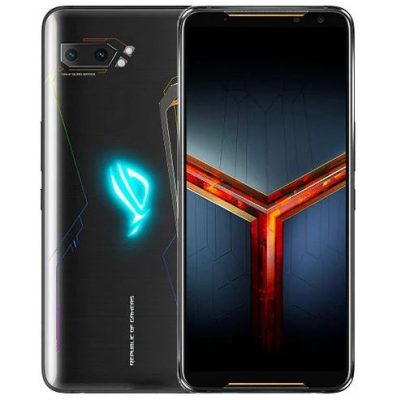 Asus has another addition to its list of upcoming phones on the pipeline in the form of the ROG Phone 3. It has been confirmed to be integrated with the Snapdragon 865, and people are expecting a triple camera system on the rear part of the phone. Another speculation would be a 6.59” display on the front part of the device. 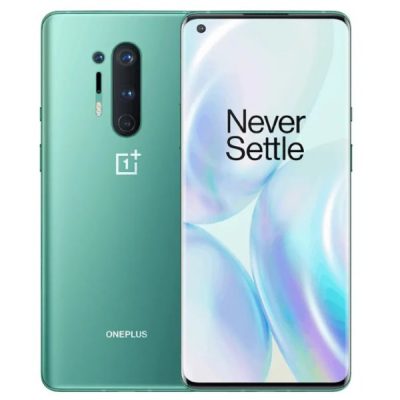 OnePlus appears like it is going to produce an affordable phone of its lineage, which might be officially named OnePlus 8 Lite or OnePlus Z. This upcoming phone might be sitting on Snapdragon 765, or MediaTek hardware, as well as coming up with a few compromises. However, it may provide a more affordable entry-level point to OnePlus’ devices. It wasn’t released with the OnePlus 8 units; therefore, it might be known to the public in the middle part of 2020 – with July 10 as the speculated date of release. 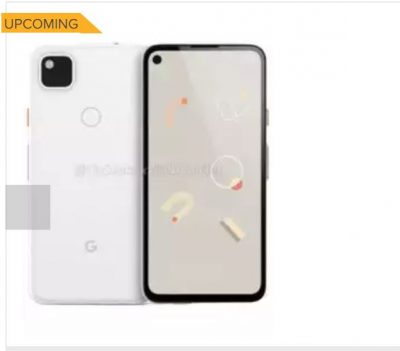 Google’s inexpensive handset provides excellent access to that impressive Google camera at a less expensive cost. It may appear that there is definitely going to be a Pixel 4a to attract those on a tighter budget for purchasing new phones. This rumored phone from Google has a punch hole front camera, a single camera on the rear part, and a 3.5mm headphone socket. Speculations have suggested it will launch in May, then rescheduled to June, and currently, it’s not expected until the mid to latter end of the year. However, it’s still not sure that July release will push through since some people are saying that the Pixel 4a might be released as the entry-level Pixel 5 instead. 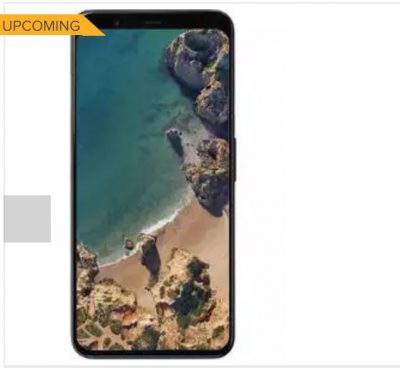 Tech giant Google’s upcoming phones are still a long way to go; however, it doesn’t indicate that speculations haven’t appeared in the public. All the older Pixel smartphones have been released at the October “Made by Google” events, so it’s expected to be the same for Pixel 5.

The company itself viewed snippets of the Pixel 4 months before it was made known so perhaps the same thing will happen for Google’s Pixel 5. By far, there has been leakage that there are three prototypes of the Pixel 5. On Front Page Tech’s channel on YouTube, it highlights a triple rear camera in a U-shaped housing in the center at the upper part of the phone. The flash is built in the middle of the three lenses, appearing like a human face. On the other hand, the two prototypes have square rear camera housings similar to Google Pixel 4.

Pixel 4 smartphones have HDR support, OLED panels, and a 90Hz refresh rate so people expect it would be similar for Pixel 5 or if not, an upgrade to 120Hz refresh rate to rival the Samsung Galaxy S20 units.

These are the upcoming phones that we know of now, which you might consider buying for 2020, or even beyond. Do you know any upcoming phones for 2020 that we haven’t included in this list? We would love to hear your recommendations and feedback about new phones for this year.

After what this year has gone through, never deprive yourself of finally rewarding your resilience and hard work with a new phone of your preference! As a precaution, stay safe and always keep your phones clean and sleek!