Every year, the biggest tech companies release a new flagship smartphone that breaks the technology of the previous iteration. However, as the years passed, we saw less and less innovation with each smartphone iteration. It comes to the point that smartphone enthusiasts have become bored with the latest and greatest smartphone technologies.

Smartphones used to be fun with quirky and out-of-the-box designs. Nowadays, you’ll find most phones with similar shapes, designs, and specs, just beating each other out on performance. However, since the introduction of the first foldable phone, sparks have lit up the hearts of disinterested smartphone enthusiasts. If you’re bored with your regular phone and want something new, getting a foldable phone is the way to go.

How do you know which foldable phone to choose? That’s why we’re here because there are, surprisingly, many options to choose from. We’re here to help you make that choice (or make multiple, if you have the cash to burn). With that said, here are the best foldable phones you can buy right now in 2021. 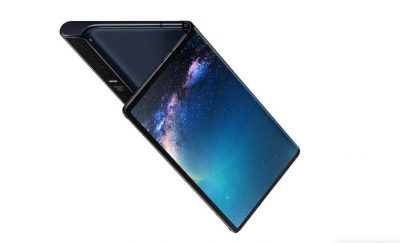 It hasn’t been that long since folding phone models started circulating in the market. The first brand you might think of when you say foldable phone might be Samsung. However, Huawei also has a foldable phone up its sleeve, and it’s pretty good. In MWC 2019, Huawei unveiled its first-ever foldable phone: the Huawei Mate X. It’s different from Samsung’s since its screen folds outward instead of inward.

With a 6.6-inch folded screen and an 8-inch unfolded screen, it can easily be the best foldable phone. The crease, although noticeable when you touch the middle, is mostly out of sight when the device is unfolded. That means viewing media and games will be a blast on the device’s big screen.

It’s especially enjoyable because the phone has an OLED screen with a powerful processor and RAM. Moreover, the Huawei Mate X boasts great camera quality and supports a 5G connection, making it a top-tier capable smartphone. The only wrinkles in the Huawei Mate X are probably the lack of Google services and its price ($2,450). 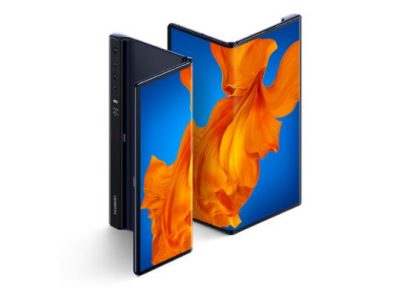 The Huawei Mate Xs features the same bodily design, with an outward-folding flexible screen. It has the same 6.6-inch folded displays and 8-inch unfolded tablet display as the Mate X. Even its camera system and RAM are the same. However, the hinge, while unnoticeable to consumers, has been improved compared to the last generation. That means if you want a foldable phone from Huawei, this one might be the more durable option. Other than that, the Mate Xs also has a better processor with the Kirin 990 instead of the previous’ 980.

With that said, the Huawei Mate Xs may only feature minor improvements compared to the Mate X. However, if you want the latest and greatest foldable phone from Huawei, the Mate Xs is the way to go. Unfortunately, it’s only available in some countries and there are still no Google services thanks to the Huawei ban. Otherwise, you can fetch it for about $2,300. 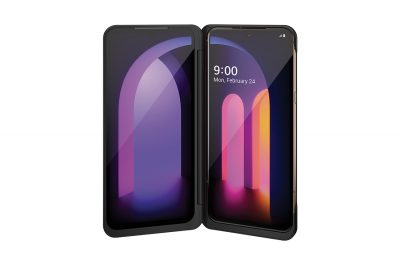 LG didn’t come out with the same foldable phone concept as everyone else. Instead, it decided to venture into the dual-screen phone market to make itself stand out. It achieved that pretty well in the LG V60 ThinQ. The ThinQ essentially achieves the screen real estate of a foldable phone. However, there’s a divide in the middle because the added screen is an extended display. It comes in the form of a case accessory you attach to the LG V60.

In the previous iterations, the LG G8X ThinQ and LG V50 had similar extended display concepts. LG’s V60 ThinQ is just the latest model with a better design and thinner bezels. The screen is a 6.8-inch FHD+ display, making it great for all types of media.

It has a great processor and power as well, even beating the Huawei Mate X in terms of battery life. Moreover, it’s got something going for it by keeping the price lower than that of most foldable phone devices. You can buy it at around $700 to $950, depending on the mobile service provider. 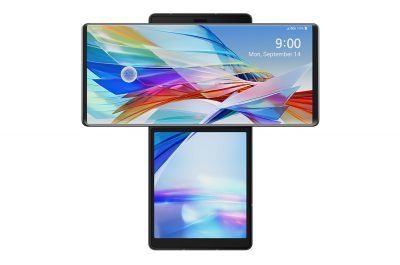 It’s refreshing whenever companies don’t merely copy the highest-end smartphone. When they, instead, innovate for themselves and create a new product, eyes turn and people pay attention. That’s what happened with the LG Wing, which isn’t necessarily a foldable phone. However, it does have a unique dual display and gives you more screen real estate.

The LG Wing essentially has a swiveling display that leaves one horizontal display in front and a vertical display behind. Think of two phones stuck together, one horizontally laid on top of your regular vertical smartphone. This, essentially, makes it look like a small selfie stick for your phone.

Moreover, the swiveling display dynamic opens up different applications, such as one for typing, and the other for media. Multitasking is also pretty cool if you display different apps on each screen. Of course, applications will depend on software developers maximizing the screens.

However, LG has done a pretty bang-up job already with how they’ve maximized these dual screens. If you want something fresh and eye-catching, you can’t go wrong with the LG Wing. 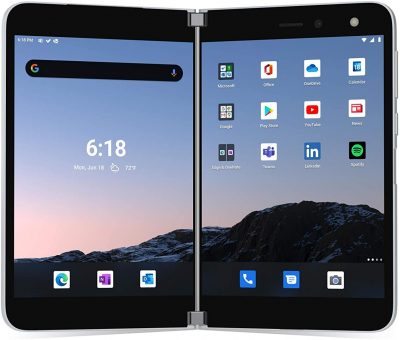 If you thought Microsoft was out of the smartphone game, think again. Although Windows phones have failed in the past, Microsoft is coming at it again with the Surface Duo. It’s essentially a foldable phone with dual screens instead of a folding screen. However, what’s cool about this foldable phone is its hinge that can rotate 360-degrees. That means you can bend it to your will in whatever position is ideal for your multitasking workflow.

Microsoft didn’t dare to try again with another Windows OS for mobile. This time, they opted for a custom Android OS that Microsoft’s working to optimize with its setup. With this, you can use one app on both screens or two separate apps on each screen.

The performance is pretty decent with the specs, although the camera leaves a lot to be desired. Moreover, the software still hasn’t been fully optimized, making many users clamor for bug fixes. At $1,399, that isn’t a pretty picture. However, it’s still a decent foldable phone if you want to try out something from Microsoft. 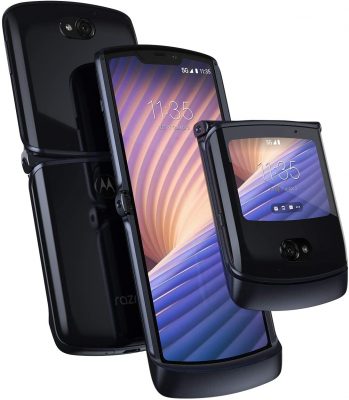 If you remember flip phones of the past, you’d know that there were a lot of flip phone fans. The Motorola Razr used to be the best flip phone on the market until everything transitioned to slabs of glass. With the new smartphone designs, every brand transitioned out of mechanical hinges in favor of the brick-like design. However, with foldable phones making their way back to the market, Motorola has a new flip phone up its sleeve.

The Motorola Razr finally had a refresh in 2019 and it already has a successor. With the Moto Razr 2020, you get the classic Motorola flip phone design with modern technology. It’s nostalgia at its best without compromising modern conveniences. You get a 6.2-inch display with a 2.7-inch outer display for notifications, media controls, and more. Under the hood, the Razr has improved compared to its 2019 model with a better processor, RAM, and storage.

However, you still shouldn’t expect it to be on the cutting-edge of smartphone processing technology. Moreover, the battery could use some improvement because 2,800mAh is still pretty shocking for a modern smartphone. Still, it’s a great pick, especially if you were a fan of the old Razr and want a modern one with 5G. It will cost you around $1000, though. 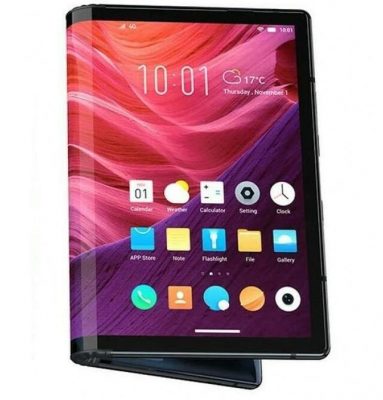 The FlexPai 2 an upgrade compared to its predecessor, with a better hinge and screen. It folds outward, much like the Huawei Mate X and Xs, but has a 7.8-inch screen unfolded. Moreover, FlexPai 2 also performs well with flagship-tier performance, power, and 5G connection. 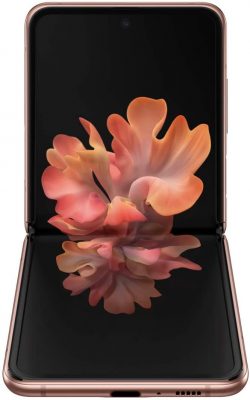 On the inside, this Samsung folding phone doesn’t skip out on performance, unlike the Motorola Razr. It sports high-end flagship processors, cameras, and power. Moreover, it has a 5G version which is more than capable of carrying you into the future.

These features, along with its foldable phone engineering and design, make its price tag easier to swallow. However, we do admit that at $1,100, not everyone who wants a flip phone can easily buy it. Still, if you want a high-quality, modern flip phone, the Galaxy Z Flip is the best in the biz. 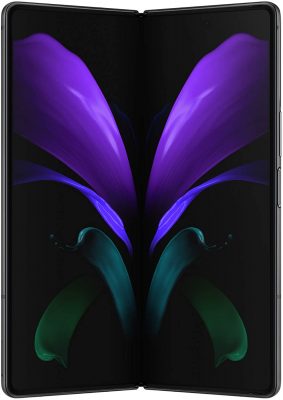 The very first Samsung foldable phone was the Samsung Galaxy Z Fold unveiled in mid-2019. However, the launch wasn’t a complete success because there were numerous hiccups and design flaws with the original Galaxy Fold.

Fast forward to 2020 and the Samsung Galaxy Z Fold had a refresh which fixes the previous generation’s flaws. You’ll no longer find a protective layer that you can accidentally peel off. Samsung made sure that the protective film won’t be confused for a screen protector.

Other than that, the Z Fold 2 also has a better overall design, looking more like other flagship Samsung phones. The screen on the outer part of the folded phone is much bigger with smaller bezels. In short, it looks like a high-end smartphone that can just fold out into a high-end tablet.

This impression is further reinforced by the 120Hz display and the powerful processor, RAM, and 5G support. Moreover, the camera systems are excellent and so is the battery. However, at $2,000, it’s not an affordable phone, but it is worth it for a 2-in-1 smartphone/tablet. 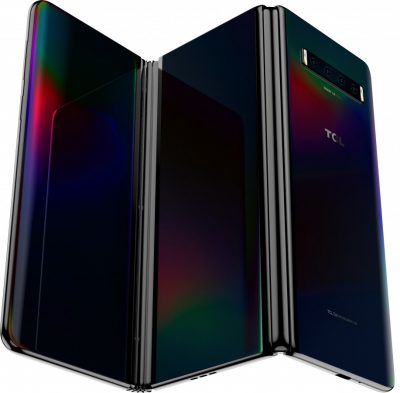 The TCL Trifold is one such device and, as the name says, folds in three instead of the conventional two. When folded, the TCL has a 6.65-inch screen and, when unfolded, gives you a massive 10-inch screen. That’s more than enough for multitasking and is up to par with many modern-day tablet screens.

TCL achieves this with two hinges that fold the phone into three, with three batteries, one in each slab. However, because of the trifold design, the phone is very bulky when folded. That’s not to say it’s bad, but it’s not as portable as other foldable phone models.

Moreover, it’s harder to hold in the hand because of its thickness. Couple that with wonky software optimization, and you might want to hold back on buying it just yet. That’s fine, though, because it hasn’t been released and is only set to release soon.

There are numerous foldable phone models available and upcoming on the market. However, we can’t say any of them is superior because each one is very different from the others. Some throw you back into nostalgia with clamshell designs. Others will give you 2-in-1 functionality with a phone-sized screen and a tablet-sized screen.

Still, others will give you dual screens that surprise you with powerful multitasking features. It all depends on what you want in a foldable phone, so we’ll leave the decision up to you. With that said, owning any one of these foldable phones are sure to catch the attention of everyone you meet.