In today’s fast-paced world, everything seems to change overnight with new advancements being introduced around the clock. When it comes to mobile phone technology, none is as widespread today’s 4G network.

You may have heard of it from friends, your carrier, or even commercials. And though the term ‘4G’ might spiral you into confusion, it is fact not complicated. If you’ve already know 4G is faster than 3G, so, what is 4G anyway? And why is it so important?

We’ve got you an easily digestible guide yet detailed enough to make sure you understand everything. From its functions, capabilities, how you can get it and to what the future holds. 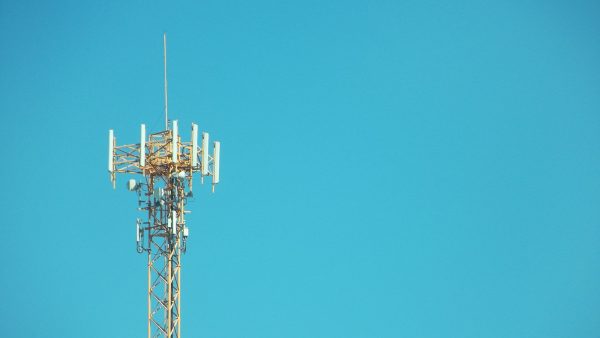 What Is 4G Network?

Similar to 3G network, 4G is just an upgraded generation of the wireless cellular service. On contrary to the 3G (third-generation), the 4G was built upon its predecessor with added speed. Just like 3G, 4G allows any mobiles or devices that are connected to it for data-enabled online activities. Which means, when you activated the 4G, you can start browsing the net, downloading, streaming, and playing online games at ease.

Before the existence of 3G, 2G first dominated the cellular technology. Introduced in 1991, 2G is a breakthrough to officially offers digitally encrypted phone calls and SMS text messages. And, prior to that, of course, was 1G in the 1980s. Generally, the first generation of wireless cellular technology relies heavily on the analog.

Similar to 3G, 4G networks highly rely on internet protocol (IP) for data transmission and reception. Unlike 3G, 4G uses a spectrum of IP addresses for voice data. What is does is that these data was sent and received in standardized packets. Subsequently, these packets enable your data to go through various networks.

Wondered how it works? First, your smartphone must communicate with a cell tower or base station. These towers are equipped with 4G antennas that can then transmit data and internet to and from your devices. Once you’re connected to the network, you can start streaming on your mobile devices.

What’s The Difference Between 3G And 4G?

In a lot of ways, 4G is very similar to 3G. In fact, they share the same air interfaces and even overlapping with 2G technology at times. While 3G networks is still in use today, this mobile network is losing out in the competitive market because it offers limited internet speed.

However, that does not necessarily mean that 4G is faster than 3G. In reality, one carrier’s 3G internet can be faster than another carrier’s 4G internet. Generally, 4G consistently surpasses 3G speeds especially when that belong to the same carrier.

Although the 4G network is considered faster and more reliable than 3G, it is not always the best choice. Case in point, if you do not utilize a lot of roaming data in the first place, you probably do not require 4G speeds. We believe, even the most basic apps work acceptably on 3G alone.

Of course, a majority of 4G smartphones are backward compatible. This means that, if 4G is not available in your area for whatever reason, you can still connect to a 3G network.

On the other hand, if you intend to download, stream, and surf the web a lot, then 4G is the better option for you in the long run. Getting a 4G smartphone is also recommended if you live in an area with plenty of 4G towers (or will have them soon). Technology is going to evolve with or without you, so you might as well get on board.

What Is The Benefits Of 4G?

When you are not familiar with technology, the stark advantages of a 4G network can be quite perplexing. You spend hours on end listening to your carrier talk about 4G but never fully grasp why it is such a big deal.

So, why are people so caught up with 4G anyway? And does it really deserve all this attention? To help you understand, here are the five general benefits of a 4G connection:

When it comes down to it, 4G speed is just plain better than its predecessor. It is several times faster than any 3G connection, whose download speeds can reach up to 2MBps. In theory, when put through a 4G speed test, it can score up to 150MBps.

That may sound good on paper, but what about real-life applications? Well, in the real world, a 4G internet connection can reach maximum speeds of 80MBps. This means you can download a 2GB HD film in less than 4 minutes. Technically, you can leave your device downloading, make some popcorn, and then return to find your movie waiting to be watched. In comparison, a 3G connection would take you more than 25 minutes to download the same size file.

In terms of capacity, 4G takes the cake. The fourth generation of cellular service technology can substantially accommodate more users at a time. A 3G tower can serve around 60 to 100 people at any given time. This means 60 to 100 people can share the same signal and still get fast service. On the other hand, a 4G LTE (Long Term Evolution) tower can support up to 300 to 400 people simultaneously.

Another benefit of having a 4G connection is it reduced latency. This means your mobile device gets a faster response from the network when performing commands. A 3G network has a latency of 120 milliseconds, which is significantly higher than 4G’s 75 milliseconds. While this may not seem like much to most people, the diminished delay can make a huge difference when live streaming videos or playing online games.

Have you ever had a phone call that kept cutting in and out? We have all been there. With 4G, you can stop worrying about that problem. Due to the reduced latency, voice calls are much clearer and echo-free. A 4G mobile network also effectively get rid of lagging time. This includes calls made over the internet, with the use of Skype or other apps. You also get to experience better video chatting, thanks to 4G.

On the downside, not all carriers give you the option to call over 4G. If you want to know, it is better to check with your mobile carrier to see if you are covered.

When compared to 3G, 4G is just more efficient spectrally-speaking. With the help of better coding, 4G is able to push more data through a spectrum at a time. The amount of data 4G can transmit through a spectrum is remarkably higher than 3G, delivering more bits per hertz in the process. 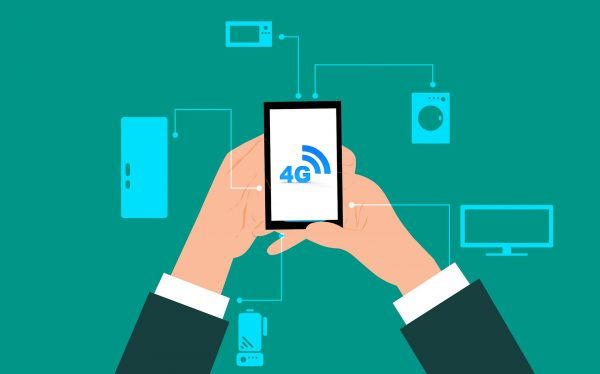 For those who are not very tech-savvy may think that all 4G is the same. Truth is, 4G networks differ from one carrier to another. As stated previously, some carriers may offer faster 4G than others that only offer a standard 4G connection.

You may wonder why carriers do not just provide the same class of 4G. This is because of something called a spectrum, which was touched upon earlier. To put it in simple words, a spectrum is a range of radio frequencies that carriers buy from the government.

However, areas only have a limited spectrum, so not all carriers can get a piece of it. In fact, carriers have to compete and bid for them. In the United States alone, a block of the spectrum can cost carriers billions. However, the return can be equally as valuable, with more subscribers and profits.

What Is Coming Next After 4G?

Some people are just beginning to grasp the full idea of 4G, but there is already a new generation waiting to take the spotlight. That new mobile phone connectivity, of course, is none other than 5G. The average download speed of 5G is pegged at around 1GBps, heaps faster than the current standard. It is also expected to be more reliable in terms of connectivity.

Boasting fewer dead zones and much faster speeds than 4G, the highly anticipated 5G is sure to take the world by storm. Unlike 4G, 5G uses IMT-Advanced technology. It is also poised to put an end to data caps altogether.

It will not take long before 5G becomes the new normal. The impressive network has already begun popping up in select areas. In fact, it is believed to roll out into the world by 2020. In the United States, Verizon became the first to offer 5G connectivity when they unveiled it in April earlier this year.

Now that you have some understanding of what is 4G and all its technical mumbo-jumbo, you can appreciate how far mankind has come technology-wise. For a time, slow internet and choppy voice calls defined the plain of mobile technology. Now, you can’t even imagine going a day without fast internet.

Generally, 4G has made life today significantly easier. Eating out has never been so simple. With one tap of a button, you can pull up everything you need to know about a restaurant. Looking for a specific person? No problem. Social media has got you covered. Because of 4G, encyclopedias have gone out of style and gas station maps have become obsolete. All things considered, it is no wonder why 4G is so important today.

Want to know even what is 3G vs. 4G? Click here to find out more…

How to Get Karma on Reddit [12 Fast and Easy Ways]