If you’re planning on signing up for a Verizon prepaid plan, you may want to get a new phone to pair with it. That’s why we’ve found you 10 of the best Verizon prepaid phones below. To make things more convenient for you, we’ve ensured that these options can all be found at Walmart—perfect for when you sign up for a new prepaid phone at your local Walmart. 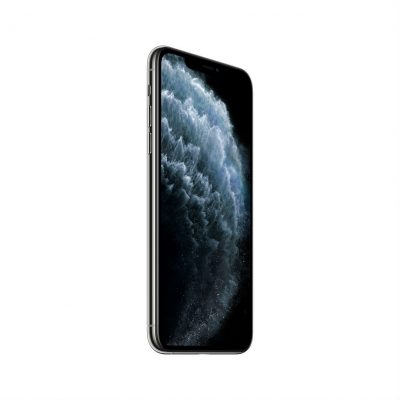 While the Apple iPhone 11 Pro Max isn’t the latest in Apple’s lineup, it’s still an excellent phone that can rival even today’s flagships.

It has a 6.5-inch super retina XRD screen and delivers some of the best display qualities in modern smartphones. Moreover, while it doesn’t have Apple’s latest mobile processor, its performance still easily outmatches other brands on the market. It also has all-day battery life so you won’t need to worry about charging throughout the day.

The iPhone 11 Pro Max also sports some of Apple’s best features. These include face ID, Apple Pay, and top-of-the-line camera systems. Speaking of which, Apple hit the nail on the head with the iPhone 11’s camera setup. This phone delivers some of the best image quality on the smartphone market, outshining even Google’s Pixel phones. This is especially true when it comes to videography, which was arguably the highlight when Apple unveiled it in 2019.

Apart from these, the iPhone 11 Pro Max is also water and dustproof. Of course, you still wouldn’t want to handle it roughly because it’s covered in glass. 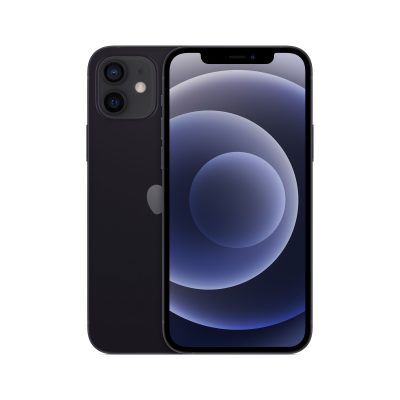 One of the latest and greatest Verizon prepaid phones from Apple is none other than the iPhone 12. As you would expect, it houses the best of Apple’s technologies in terms of hardware and software. It comes with the powerful A14 Bionic chipset that competitors from Android can’t even match. Moreover, it also incorporates the best camera systems from Apple.

This gives you a powerful system on their hands. It can handle any task you throw at it, whether that’s shooting 4K videos or running the most resource-intensive apps. Moreover, it has a lot more multitasking capabilities with 4 GB of RAM on the base model.

In addition, it also sports Apple’s more industrial-looking design, similar to their latest iPad Pro models. This adds a fresh and unique new boxy look in contrast to the outdated rounded edges. Of course, the battery on the base iPhone 12 isn’t as large as the others in the series. Despite this, it should last you a long time because of Apple’s industry-leading software optimization.

Perhaps the only downside to getting the iPhone 12 now is that the iPhone 13 is just around the corner. However, if you want the best from Apple this instant, then you can never go wrong with the iPhone 12. 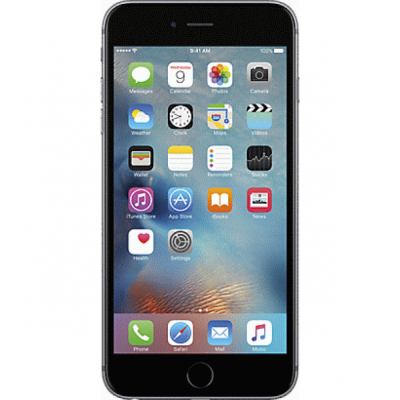 The iPhone 6s might be dated at five years old, but it still holds very well today. For starters, the iPhone 6s has impressive performance even despite its age. It also boasts fast processing speeds and shoots beautiful 4K videos. Furthermore, the phone comes with a home button which many Apple fans sorely missed after Apple replaced it with face ID.

The iPhone 6s is truly a marvel and has stood the test of time. Its display and overall quality leave little to be desired for the average smartphone user. Perhaps the only thing standing in its way is its age because Apple will have to eventually stop supporting it. 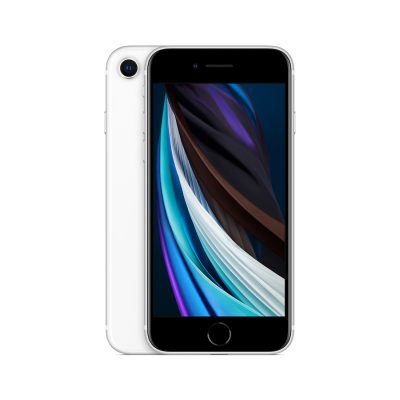 The iPhone SE stands as one of the best budget phones today. That’s especially true if you’re tight on money but already deeply immersed in Apple’s ecosystem.

The iPhone SE may be affordable but that doesn’t mean it sacrifices quality. In fact, its processor is even faster than the old iPhone 8 flagship. It also sports 3 GB of RAM instead of the usual 2 GB. These, along with Apple’s pre-installed iOS 14 and continuous updates, make the iPhone SE formidable even in 2021.

Of course, we do wish that Apple could have slapped on a better screen and design. That’s because it still has huge bezels that feel out of fashion in a world of bezel-less displays. Nonetheless, it’s a solid choice if you’re looking for an affordable iPhone. 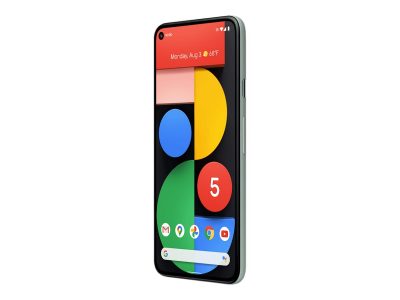 In the last few years, Google has been making an effort to enter the hardware market. That’s why it was, perhaps, unsurprising when they launched the Google Pixel lineup. The Google Pixel 5 is one of Google’s latest and became one of the most top-rated smartphones of its time.

Google’s Pixel 5 marked a shift in Google’s smartphone strategy. Through it, Google cut a few corners to present its Pixel phones more as a mid-range device than a flagship. While this move was surprising, it didn’t hamper the Google Pixel 5’s popularity. That’s because Google cut the corners that were least likely to be missed.

One of these features included the smartphone’s processor. While it’s not the latest and most powerful in the market, it performed amply for the price. However, what Google didn’t sacrifice is the other specs, including the RAM, display, and battery life. The phone’s camera is also superb and still comes with the Pixel lineup’s signature night mode.

Like many modern smartphones, the LG Optimus Zone 4 is slim and comfortable to hold. Despite this, however, it has a surprisingly large HD display that can satisfy all your viewing needs.

In addition, the phone has impressive specs under the hood. It has a long-lasting battery life and houses a powerful processor for excellent performance. Its camera systems are also solid, ensuring you can capture your favorite moments with crisp and stunning accuracy.

You’ll certainly never feel sluggish with this phone in your hands. That’s because it houses 16 GB of RAM. Moreover, the Optimus Zone 4 also has great home plans that can easily provide convenient HD voice and Wi-Fi calls. 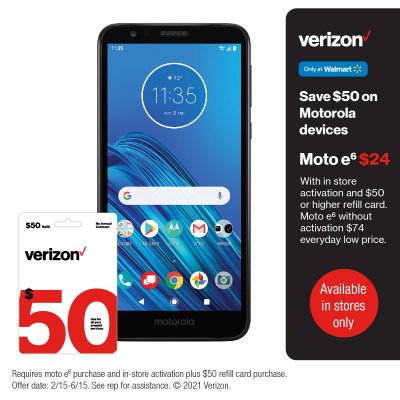 The Moto E6 is a quality Verizon prepaid phone that’s ideal for budget shoppers. That’s because it only costs $74.00, yet delivers a solid performance.

With the Moto E6, you get everything you might need on a basic smartphone. These include a capable processor, 2 GB of RAM, 16 GB of storage, and a decent screen. It also has something that many other modern smartphones lack: a removable battery. Hence, you can easily replace it and extend your phone’s lifespan.

In addition, while the Moto E6 has only 16 GB of base storage, it’s expandable and can reach up to 256 GB. Not only this, but the Moto E6 also has decent cameras. Of course, they won’t impress people who are used to flagship phone camera systems. However, they perform decently well with equally decent image quality for a phone this cheap. 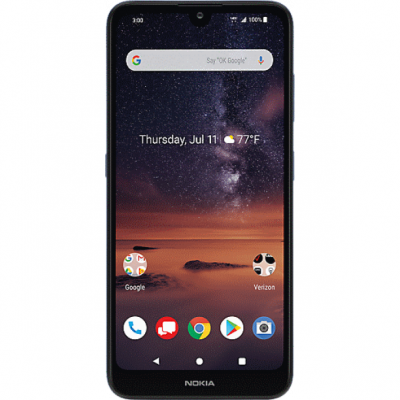 The Nokia 3v delivers capable performance thanks to its impressive internal specs including a fast processor and 4,000mAh battery. Moreover, it has an alluring 6.26” HD infinite display.

In addition, the Nokia 3v sports a beautiful exterior design. It has a slim build with very small bezels — much like most of today’s popular smartphones. Moreover, it’s built with a highly glossy casing which is sure to catch the attention of people around it. 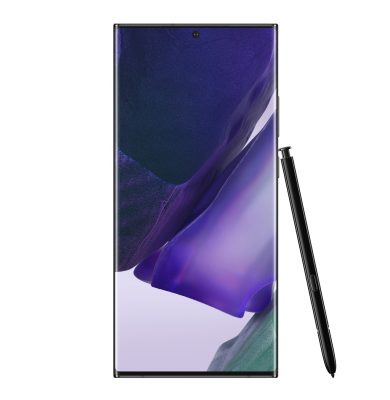 The Samsung Galaxy Note 20 Ultra is a foldable phone that comes with a pen accessory.

It’s safe to say that you can cover all your notes, handwriting, and drawing needs with it. Moreover, it also houses some of the best features you can find on flagship smartphones. These include one of the latest processors, large RAM, an equally large battery, and formidable camera systems. 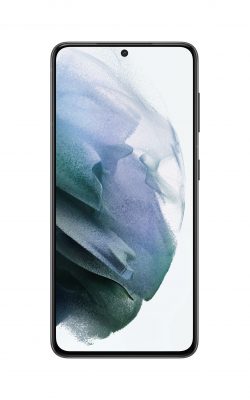 The Samsung Galaxy S21 is Samsung’s latest flagship phone that houses the best of the best specs. However, it’s much more than its power as it comes with many notable changes.

We’ve come to expect the best flagships from Samsung. Hence, it’s unsurprising that the Galaxy S21 has the best processor, RAM, storage, and cameras. It certainly won’t disappoint anyone who has demanding needs from their smartphone, including freelance videographers and YouTubers.

However, the most striking difference in the S21 isn’t its power or speed, but its beauty. This year, Samsung decided to veer away from where the industry was headed design-wise. Instead, Samsung cleverly differentiated its phones through an innovative new build. Its camera bump and side rims were made of one metal. Moreover, the camera bumps are lined in a row, unlike the S20 series.

Furthermore, Samsung chose very bold color combinations, with the most striking being the purple and rose gold combination. This helps make Samsung’s S21 stand out.

There’s a Verizon Phone for Every Buyer Type at Walmart

While Verizon isn’t known for its prepaid phones, that doesn’t mean there aren’t good options that you can consider. In fact, there are many great Verizon prepaid phones at Walmart that you can choose from. There are budget phones, flagship phones, and everything in between. It all depends on your needs, your budget, and what you want in a smartphone.

How to Fake Location on iPhone Effectively (Ultimate Guide)

iPhone Contact Missing After Update: How to Get Them Back

No SIM Card Installed or Invalid SIM on iPhone [Solved]

How to Call UK from the US: Phone Plans and Area Code Guide

How to Turn Off Trending Searches on Google Chrome

What Does No Location Found Mean on iPhone [Explained]