The Android flashlight app is currently among the most useful applications available online. This is because the app allows the users to enjoy the benefits that a conventional flashlight provides. But minus the burden of carrying a bulky object. Unfortunately, many of those who downloaded the app were not able to use this fully. So, to help these users, this article provides useful information that will help them learn how to use the Android flashlight app, and these are the following.

The first thing that you should do to learn how to use the Android flashlight app is to check your Android phone. The step is very important since doing it allows you to determine if your phone has a built-in flashlight. You can do this using the following method:

Many Android phones come with built-in flashlights. Thus, you must check if your phone has one or not. This will help you determine if you need to download an Android flashlight or not. To do this, you need to access the unit’s quick access panel by pulling the panel down. There are also phones with quick access panels that can be accessed by swiping the panel downwards.

Upon learning that your phone has no built-in or available flashlight app, you should get one and take advantage of the benefits that doing such will provide. To do this, try to open your phone’s Google Play Store. The play store is the ultimate source of apps such as the Android flashlight. 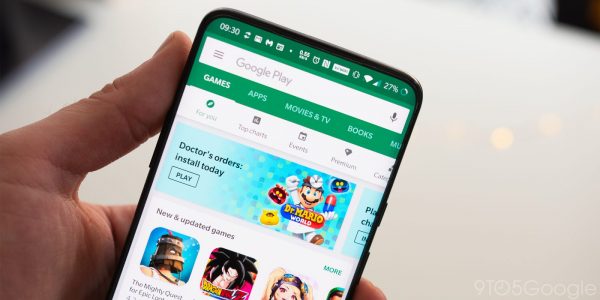 Search for the available Android flashlight apps in the Google Play Store. To do a specific search, type in the keyword “Android Flashlight” and hit enter. Google play store will then provide you with a list of apps related or similar to the “Android Flashlight” keyword you provided. Since the Play Store usually provides you with a lot of app options, you must look for the best.

Step 4: Check the permissions that each app is requesting

Although the initial search method you did gave a long list of Android flashlight app options, make sure to check the permissions that each of these apps are requesting. By doing this, you will be able to avoid downloading the apps developed by shady developers that will request permissions to access your personal data and then sold these to advertisers.

To check the permission, scroll to the lowest part of the app’s store page, look for the “Permission Details” icon, and tap it.

Reading the reviews provided by individuals who have downloaded a particular Android flashlight app is important. This is because doing the review check allows you to determine the information about the downsides and strengths of the app. Bear in mind that these reviews came from actual users, and most of them are telling the truth. Thus, you should go for Android flashlight apps with a higher rating as well as those who have a lot of positive reviews from consumers.

After checking the permissions requested and the reviews of the apps that you are interested in downloading, select the one that you think is the best. In making the selection, make sure to consider the convenience, the special features and the benefits that the app will provide. When possible, go for free apps or those that are fairly priced.

As soon as you have selected the best flashlight app, download it outrightly, and have installed on your phone. Bear in mind that the way the app will be downloaded and installed depends on the unit of the phone that you use. There are phone models that will require you to input your Google password. Be ready to provide this information along with another log in requirement that the app download might require.

Step 8: Check the app’s performance after downloading it

Although a lot of flashlight apps are promising that they provide brighter lights, you have to understand that these claims are technically false since the brightness depends on your phone camera’s flash. Also, it is worth noting that the flashlight app, when used continuously, can easily drain the phone’s battery. Thus, it is best that you turn off the flashlight is turned off when not in use. Finally, there are flashlight apps that make the phone’s screen white and serve as the light source. This app is best for users with phones that lack the flash feature.

How to Convert Picture to PDF on iPhone (5 Ways)

Why Does iPhone Keep Dimming? Here’s the Bright Solution

Among Us Pets: The Best Ones to Have and How to Get Them