Since Apple’s iPhone 8 family became the first generation of iPhones to include the wireless charging ability, it has become the benchmark for succeeding iPhones. Previous iPhones like the iPhone 7 and 7 Plus didn’t have this feature. But did you know that there are ways to get around this limitation and get iPhone 7 wireless charging support?

Apple has gone and will continue to go big on wireless charging. It started to gain more momentum following the release of the iPhone 8. And up to this point, the iPhone 7 and 7 Plus are reliant on power cords. However, there are accessories that could make iPhone 7 wireless charging possible.

We would assume that if you have reached this part of the article, you might be wondering what accessories would make your iPhone 7 and 7 Plus capable of wireless charging. Say no more because our team of experts at CellularNews has the catalog for you.

With every Apple flagship mobile release comes the eventual release of accessories to match them. Wireless chargers for iPhones are usually first developed by Apple for the product itself before other manufacturers can play catchup. In the battery case marketplace, the wireless charger accessory developed for iPhone 6S is pretty much the same for iPhone 7 and 7 Plus.

But perhaps the most ambitious feature and development in the iPhone are seen on iPhone 12. This new generation of iPhone does not come with the all-important USB-C to lightning cable leaving everyone stunned with the question of how to charge the unit. And this is where Apple went big with an ambitious new design and feature. The iPhone 12 is the first generation of the iPhone to fully operate with wireless charging as a mainstay feature.

This did not only put the new generation of iPhone at the forefront of efficiency and comfort but also a leader in bold first moves.

Now, this is the part where we get to lay out the catalog of accessories to make the iPhone 7 wireless charging a reality. 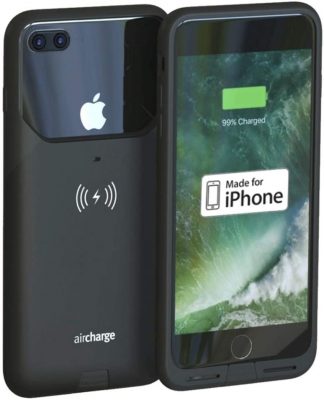 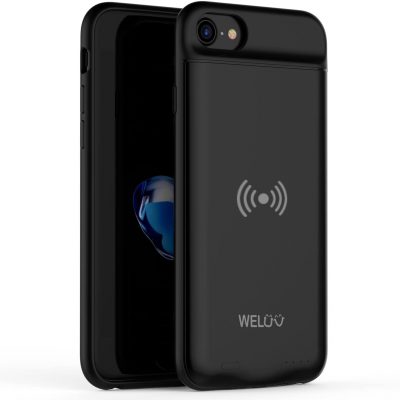 Firstly, you can use it as a protective element for your device. Like your usual cell phone case, it would protect your iPhone 7 from scratches and sudden falls. Secondly, like a power bank and portable charger, it extends the battery capacity of your phone. WELUV’s wireless charging case is capable to store up to 3000 mAh of extra power that can juice up your phone when you are outside. 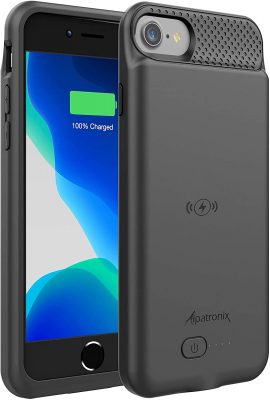 A wireless charging adapter that is closely similar to WELUV, Alpatronix’s BX190 Battery Case is one you should consider if you want to charge your iPhone 7 wirelessly. It features a slide-in design that would perfectly fit your phone for well-rounded protection on any given day. Battery-wise, this charging case is 3200 mAh capable that can keep your phone powered-up all day long.

BX190 battery case supports universal wireless charging and is compatible with any wireless charging pad. It has light indicators at the back that will tell you how much juice is left or when it’s time to charge your charging case. 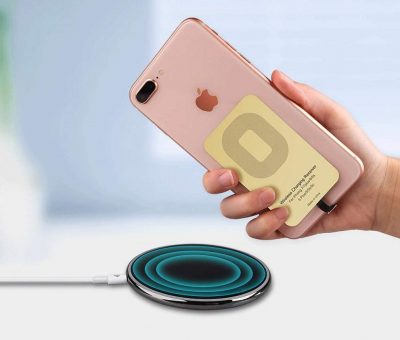 Since we have already touched on Qi wireless charging, we think it’s fitting to include our catalog with the Qi Wireless Charging Adapter from Yking. We do not want to say that this is, by far, the easiest wireless charging accessory to use for your iPhone 7 but this definitely falls under that category.

This accessory is a no-brainer; simply plug it into your iPhone’s Lightning port and tuck the rest of it between your phone and case to keep it from incurring damage. Some users who tried using this accessory reported the efficiency of this accessory and despite themselves initially being reluctant to try it. The accessory is very compact and you wouldn’t even know it’s there. 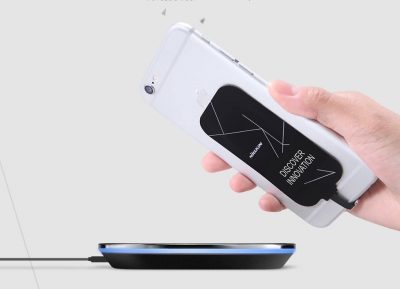 It is really nice to have options rather than sticking to one product brand alone. So, here’s another option when it comes to wireless charging adapters.

Is Your Phone Enabled for Wireless Charging?

There are two things we are absolutely positive about; first, generations of iPhones prior to the iPhone 12 do not have wireless charging. And second, iPhone 7 wireless charging is 100% possible through some of the products we have listed above.

Apple is on the frontline in the race of wireless charging technology following the release of the iPhone 12. This new generation of iPhone did not only set the benchmark for other mobile phone developers and manufacturers to follow. It also created ripples even for its previous releases. It seems Apple is showing no signs of slowing down and will continue going big.