If you are experiencing a slow internet connection even when your network reception is strong, someone might be causing it deliberately. The speed of your data depends entirely on your Internet Service Provider’s (ISP) service plan and how much you pay for it. But you would be surprised to know that carriers would sometimes slow down your internet speed on purpose, and yes, even when you already paid for it. Bandwidth throttling is the term. It’s a controversial practice, which mobile carriers can easily get away from. But, did you know you can also counter it?

Alongside learning what exactly bandwidth or internet throttling is, in this article, you will also learn how to prevent it.

What is Internet Throttling?

The speed of your internet is based on something called a “bandwidth.” This bandwidth is usually measured in bits-per-second (bps) and presents the maximum upload and download speeds your mobile internet or router is able to process. Throttling is the process where ISPs, as well as server and network managers, limit the speed of data coming into a device. These could be a general speed limitation affecting all websites or specific traffic-intensive websites and services like YouTube or Spotify.

You should not confuse throttling for capping, although both affect your internet speed. The difference between throttling and capping is simple. Capping is when an ISP or service manager places a maximum amount of data your device could receive. Throttling, on the other hand, only affects the speed of the data coming in. The thing is, ISPs usually use a combination of throttling and capping on their services.

At one time or another, your ISP has probably throttled and capped your internet. For most of these cases, ISPs throttle their customers’ data services due to several reasons.

This usually applies to customers who’ve reached their phone or wired service plan’s service “cap”. The specifics of these caps are dependent on your specific plan, but all of them generally throttle your service speed once a specific amount of bits have been transferred from and to your device. On mobile, this usually happens when your 5G cap has been reached and your service downgrades to 4G connections or speeds. They do this to avoid excessive charges.

Network congestion is one of the more common reasons for internet throttling. ISPs claim the need for throttling as part of their network management. This is sometimes due to a large amount of traffic affecting their network nodes. For wired connections, this may mean that a local neighborhood node may have reached or is near its bandwidth capacity. This necessitates the throttling of users by the ISP to ensure all customers can continue to have active internet service. For wireless and mobile internet connections, these nodes would correspond to cell sites and receptors but work the same way. This congestion usually occurs at peak hours; times when more people use the internet at the same time.

Similar to network congestion, ISPs also want to limit internet usage or at least influence your internet habits. Resource-intensive activities like live streaming, HD video streaming, online gaming, downloads, and file-sharing or P2P torrenting are also usually bandwidth heavy. ISPs want to discourage their customers from using too much bandwidth to allow more customers to use the same node overall. This ISP activity has been pretty well documented by news and other media organisations like a report by Olga Karif for Bloomberg News.

This reason is, as far as we know, an as-of-yet theoretical reason for internet throttling. Due to the 2017 repeal of the Open Internet Rules adopted by the Federal Communications Commission (FCC) in 2015, companies and other groups could pay ISPs to “prioritise” their data getting to customers. This would end up with competitor services or websites having throttled speeds for you and other consumers. The reverse of this is currently in practice, with some businesses and customers paying for their services to get “prioritised” in terms of receiving content.

Different from all these reasons, the service most affected by capping and throttling are mobile data services. This includes all types of mobile data from 5G, 4G LTE, and even 2G. Even the soon-to-be-released 6G would be heavily affected by throttling and capping. This fact isn’t dependent on whether your mobile is on Android or iOS as it affects both equally. The disparity is due to how broadband cellular network capacities work and managed.

Also read: What is Cellular Data and How It Works

Aside from these reasons stated, the main reason ISPs want to limit and throttle your data is due to it saving them money in the short and long run. The less load on their system you make, the more customers they can have in a specific node. This is even more true for remote areas with little internet coverage.

For a short answer, yes. If you want a longer answer, ISPs are legally allowed to throttle and cap your data. They were given a free hand to do this after the 2017 FCC repeal of their Open Internet Rules which could have prevented unrestricted throttling. The laws do state that ISPs are obligated to inform you and other customers if your connection is being throttled.

How to Check if You’re Being Throttled

Due to the 2017 repeal, finding out if your internet is being throttled has gotten harder than before. To answer this article’s title question, your ISP is watching you or more accurately, your data. Before the repeal, one of the surefire ways to know if you’re being throttled is to use an internet speed test like those hosted by Ookla Speedtest or the Netflix-made Fast internet test. However, ISPs have found a way to throttle your internet while still having good ‘results’ by prioritising data bandwidth when you use these test services instead. We have our own article on how to use the Ookla Speedtest app if you’re on mobile.

How to Fix Throttling

If you’ve found that you are being throttled or you just want a fix in case you are, there are only a limited few options open to you.

1. Knowing Your Data Usage and Budgeting It

As explained earlier, most data and wired plans have a hard data cap imposed on them. This is true for whatever internet or data provider you’re using, whether AT&T, T-Mobile, Verizon, or other ISPs. There is no real way around this cap aside from upgrading your plans or properly budgeting it. Knowing the amount before your cap and budgeting your activities properly would let you use your wanted internet services when you need them. You should also make it a habit to switch from mobile data to WiFi whenever available.

If you can’t find your WiFi on mobile, we have a list of the Best WiFi Analyzer Apps for Mobiles.

A related option would be to change your ISP. Each ISP has its own offering of data limits and bandwidths. If you’re unsatisfied with the throttling, or the overall service of your current ISP, it might be good to take a look at the other players in the field. Aside from that, some ISPs also have a track record for being more prolific in their throttling compared to others. If you and your family are thinking of switching ISPs due to data issues, you may want to do the same for your phone providers. Our list for 2021’s Best Family Cellphone Plans may be of help. 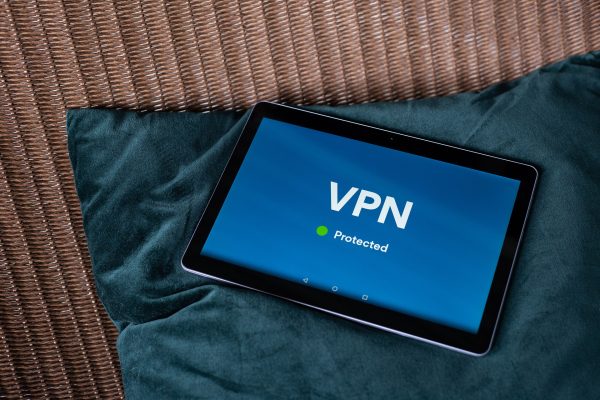 Another good option would be to get a VPN service. VPNs don’t just allow you to get away from ISP throttling, it also lets you get away from most ISP surveillance and monitoring. A VPN would allow you to have throttle-free internet access by routing your internet access through their servers instead of through Netflix or Spotify. Your ISP, and anyone else that might be snooping, would only see your data packets go through the VPN’s networks without knowing what it is you’re accessing. This would force “network management” to treat your use of bandwidth normally instead of throttle it for using internet-intensive services.

Other Reasons for a Slow Internet

There are other reasons for your internet slowing down than internet throttling or ISP practices.

Old and Outdated Routers and Modems

One of the biggest problems for most wired connections is old or outdated technology. A bad internet connection may be due to your router being unable to attain the speeds of your bought internet plan because of its age. Another reason might have to do with your modem needing a restart to refresh its connection.

A bad WiFi signal may also be restricting your internet speed. There are many reasons for a bad signal but generally, it’s good to have a new router with up-to-date firmware. You should also make sure you have the router with the correct WiFi frequency, 2.4 GHz or 5GHz, for your devices. Another piece of advice is to have the router away from other similar devices like radio transmitters and microwaves which may interfere with the WiFi frequency.

Also read: What is WiFi 6 and Why is it Better?

Another reason is related to network congestion as explained earlier. While not necessarily due to throttling, your internet speed dropping may be due to a massive demand on your ISP’s local service node. This usually happens when an ISP has a service area that has too many customers compared to the bandwidth they could feasibly offer to them. This leads to customers having slow internet in the area as a whole and would continue till the node has a bandwidth capacity increase or a reduction in demand.

A different reason for slow internet may be due to malware or viruses present on your device. This problem affects PC and Mac users more than mobile users. You should have your computers and devices go through an anti-virus check-up once in a while.

To conclude, there are only two real solutions to fixing the ISP throttling of your internet connection. The first is to get a VPN that you can trust and has the services you want. The other solution is to get a new ISP that might be better suit your needs.

If the above reasons still don’t work for you, you may want to take a look at our list of the 20 Best Ways to Increase Your Internet Speed.