We all agree mobile phones bring us more convenience than harm. But, have you thought of what makes your every day use mobile phones so powerful to the extent where work can function without it? Believe or not, mobile phones nowadays are just an empty shell without any operating system (mobile OS).

Exclusively built for a mobile device, such as a smartphone, personal digital assistant (PDA), tablet or other embedded mobile OS. These mobile operating systems are particularly responsible for identifying and defining a mobile through its distinctive functionalities and interface. If you’re wondering what makes your mobile capable to perform multiple apps and can toggle in between, the answer is your mobile OS.

Though there is plenty of mobile (OS) available in the market, iOS and Android still dominates the market by popularity. However, it doesn’t mean you need to follow everyone’s trail for iOS or Android. Even though they might be dominating the market, it doesn’t mean that they are the perfect platforms. In fact, there are still other choices like the Symbian, BlackBerry OS, Windows Mobiles and more for you to choose from. After all, your preference is all that matters.

Hence, here’s the top 8 mobile operating systems that are can compete hand-in-hand with Android and Apple’s iOS.

Sometimes called SFOS, it is a mobile OS that runs on Linux and developed by Jolla. Though it was originally shipped with Jolla smartphones and tablet, now, it is being used by corporations and government bodies in Europe.

What makes this mobile operating system stands out most is its securely encrypted systems. Besides, it also comes with a regional licensing model, where it provides solutions for all kind of mobile payments and banking transactions. The best part, even communications, and other corporate solutions are guaranteed secure.

Another plus point for using Sailfish OS is that it’s compatible with any Android ecosystem. That means users of SailfishOS can enjoy the perks of this operating system and have the capability to install any apps found on Android at the same time. If you have doubt about Sailfish OS, their latest version is the Sailfish 3 proves this system is no worst than major mobile OS like Android. In fact, you’ll find this independent yet partner-friendly operating systems boast on many of Sony’s mobiles too.

As a Linux-based mobile operating system, Tizen was developed and actively used by Samsung. Originally conceived as an HTML-5 based platform, this open-source mobile OS was aimed towards mobile devices and Samsung as a successor to their old MeeGo operating system.

However, Samsung then merged the system to the Bada OS; which also runs on Linux. What’s good about Tizen is that its source model runs in open source. That means if you want to customize your phone, it’s possible and it’s totally legal. Tizen also offers the power of native application development with the flexibility of unparalleled HTML5 support. Which means apart from mobile, potential application developers can extend their reach to different smart devices. These include smartwatches, gaming consoles and more.

Today, TizenOS is everywhere and not only on smartphones. In fact, you’ll see many Tizen users spreading over wearable devices such as smartwatches like the Samsung Galaxy Gear and Galaxy Watches. The current version if Tizen right now is the Tizen version 4 which had an update last May.

Also known as the Ubuntu Phone, it is a mobile version of the Ubuntu operating system originally developed by Canonical. Though some speculations suggest that Ubuntu Touch has officially shut down, its updates for the OS continues with the support from the UBPorts community.

Dating back to its history, the project started in 2011 was designed intentionally for touchscreen smartphones. As UBPorts visioned the needs for a more customizable OS for tablets, laptops, desktops, TVs, Smartwatches and other input-output devices. Ubuntu focuses on completing and unifying the user experience on touchscreens.

Now, the UBports team continues to provide updates on Ubuntu Touch and compared to another custom Ubuntu OS. The key difference is that this platform boasts specifically on its accuracy. Comparing to the original Ubuntu, Ubuntu Touch has better security to restrict malware attacks. While some might complain that the lack of applications on Ubuntu is a bad thing, but the limited apps create a vector to prevent security breaches from the unknown downloads.

However, if you’re wondering where you can find this OS, try out the BQ Aquaris M10 — the first Ubuntu-based tablet. And just last year, the Ubuntu Touch upgraded its previous version — 15 Vivid Vervet from Canonical to version 16 Xenial Xerus. If you’re uncertain about its future, the UBPorts community doesn’t seem to slow down its development the Ubuntu Touch OTA 11 will be rolled-out quickly after the OTA 10 last august. 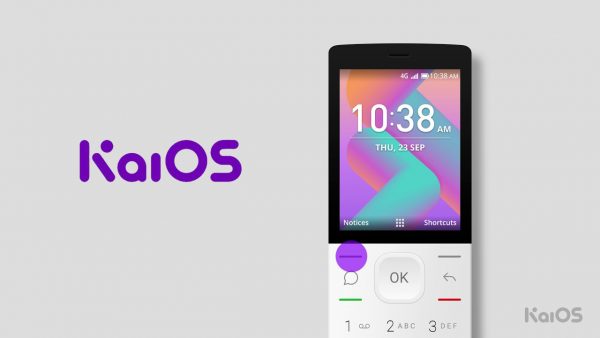 Yet another OS by Linux, KaiOS is part of KaiOS technologies that is based in the United States. This phone operating system depends highly on the source code of B2G or Boot to Gecko. For those who wonder what’s B2G, it’s actually an open-source operating system that acts as a successor to the discontinued Firefox OS from Mozilla.

KaiOS made its first appearance in 2017 and with its rising popularity, in the following year, Google invested with the value of $22 million and Reliance Jio. Subsequently, an Indian-based telecom operator also invested $7 million and picked up a 16% stake in KaiOS Technologies.

Its primary features were to bring 4G LTE E, VoLTE, GPS and Wi-Fi capabilities to non-touch smart devices along with HTML-5-based apps. Besides, KaiOS also aims to promote better battery lifespans, lesser memory, and energy consumption. Similar to the Android’s Play Store and iOS App Store, KaiOS also has a dedicated app store called the KaiStore. Here, users can download an assorted of applications that is compatible with the operating system.

Due to its rising popularity, KaiOS is now actively optimizing its user interface for easier navigation. Hence, it’s no surprise that KaiOS can come hand-in-hand with OS titans like Android in certain countries. For example, in India, KaiOS is dominating the market instead of iOS or even Android. In fact, there’s speculation saying that this operating system may surpass the world-famous Apple’s iOS in terms of a number of users in the upcoming years. As of 2018, there are already 23 million KaiOS devices shipped worldwide. So, let’s see what’s future beholds.

Plasma OS was released in 2011 and is another open-source user interface for mobile phones. Also runs on a Linux operating system, Plasma mobile gives users full control in customizing their OS. Making it a fully hackable device as the developers have claimed.

Plasma’s mobile runs on the KDE Plasma operating system. As a part of Plasma Active family, Plasma OS was developed by the international free software community to focus on smart devices specifically for your mobiles and tablets. Currently running on KDE Plasma 4, Plasma mobile has all full features of its base framework, including some of the open-source widgets.

These widgets include the Telepathy; an interpersonal communication software that allows voice over IP, instant messaging and videoconferencing. While the Kirigami is a user interface and experience framework that allow users to develop apps. Another widget that can’t be forgotten is the Ofono; a mobile application development framework binary and source code. And though the OS didn’t receive any major update for the past years, there are plenty of supporters out there.

One of the new players in the mobile platform, PostmarketOS a.k.a PMOs rolled into the market in 2017. Based on the Alpine Linux operating system, it boasts on its open-source community. In PostmarketOS, there are plenty of distinctive features including the capabilities to run different user interfaces from X and Wayland. The best resemblance of postmarketOS to PlasmaOS is its similar interfaces to Plasma Mobile, Hildon, MATE, GNOME 3 and so on…

What makes postmarketOS different from other mobile operating system is that it does not use the conventional Android build system. Instead, it uses the mainline Linux kernel. The reason being more secured to avoid the risks of security exploits.

After its launch, a constant update has been actively rolled-in too. These updates include device supports where over hundred of devices can boot the operating system. With its success, many more devices are planned to be included in the support list. Hence, making this mobile operating system more accessible to everyone who wishes to change their original OS to postmarketOS as an alternative.

PureOS runs on a Linux distribution and uses the GNOME desktop environment. As a part of the development by Purism, PureOS include a series of free and open-source software that can be found in all Librem smartphones. Instead of being a Linux-based smartphone OS, it projects high similarity to a Linux-based smartphone. The primary feature in PureOS includes the user-friendly interface and high security and privacy protection. And since the security breaches are increasing, PureOS is especially ideal to scare avoid consumers data leakage.

A free and open-source operating system based on the Android platform, LineageOS was used primarily to set-top boxes for televisions, smartphones and tablet computers. Developed by the LineageOS community, LineageOS aimed to be the successor to the ROM CyanogenMod after its developer; Cyanogen discontinued the development and shut down the said infrastructure.

The operating system was launched in 2016 with its source code available to download to the public. Its framework is available to use for more than 185 phone models and currently has almost 2 million active installs. Same with any open source community, LineageOS also allows its community to get in touch with the developments. That means users are given the opportunity to contribute additional data for future developments.

The best part, this option allows a user and developers to have the flexibility to customize. And thanks to its open-source, it continues to expand to more devices and increases its longevity due to constant OS updates.

So, who says the mobile operating systems limit to Android, iOS or Windows OS only? These operating systems prove that there are more options available in the market. And for those who desire a more customizable phone, it’s possible. Instead of finding a way around to jailbreak your existing iOS, some of these open-source OS could be your ideal alternative.