For anyone clinging to their BlackBerry mobile phones, there’s some good news! BlackBerry announced that they are still supporting their devices with BlackBerry OS until the end of 2020. The goal for this decision is mainly to provide a good ecosystem in the operating systems, wherein both Apple and Android have a decent competitor with this industry.

Blackberry did try their best to make the BB10 work and even with Android app support. However, they eventually gave it all up in 2015 once the ‘BlackBerry Leap‘ was released. If you’re curious what’s the Blackberry Leap, it is actually the last mobile device from Blackberry that insists on using the BlackBerry OS prior to the company’s decision to finally switch from BlackBerry OS to Android.

While this OS is still being used until the end of 2020, Blackberry confirmed that it will be shutting down its major services. Coherent to their statements, BlackBerry’s World App store will eventually be closed at the end of 2019.

Blackberry has officially ceased support for its OS on January 4, 2022. As a result, any mobile phone running on Blackberry OS will no longer be able to make calls, text messages, access emergency services, and go online using WiFi or cellular networks. 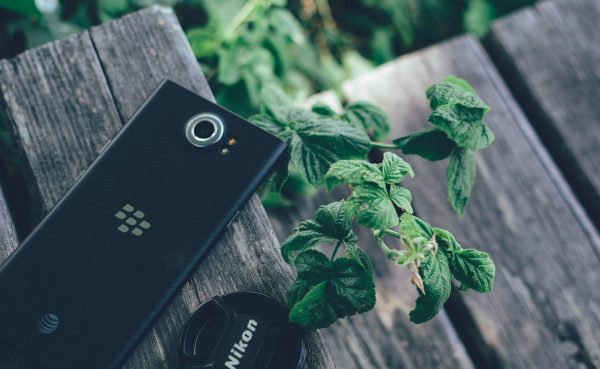 What’s On The Latest BlackBerry OS 10?

Rumors say that BlackBerry is officially dead. But, Blackberry claims that millions of people are still using their BB10 and BBOS devices and BlackBerry affirms that BB10 will continue until 2020. This means the network access for BBOS devices will still be provided for the next years.

While this might be good and bad news for those who are still using BlackBerry’s OS, it may not be that impressive for those running Blackberry that is running on Android OS. For example, the BlackBerry Priv, which is one of BlackBerry’s Android devices, will no longer receive any updates even if it’s already more than 2 years old.

BlackBerry support is still able to meet the basic needs of its users, but as mentioned in the paragraphs above, the BlackBerry App Store is set to shut down in December 2019. However, the official date remains unknown. Furthermore, many other services such as their Travel site and Playbook video have already shut down since last year, 2018. And in terms of customer and technical support, BlackBerry still has them readily available for account, device, and other issues to be addressed. 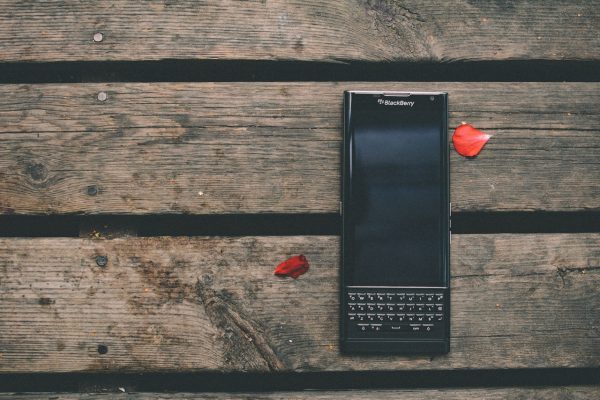 The Android-powered KEY2 is one of the newest addition to the BlackBerry line and offers a decent lineup of features to keep BB loyalists happy. Unlike any of its BlackBerry, this model sets to bring users closer to the all-screen smartphone experience than what other companies are providing.

The BlackBerry KEY2 doesn’t go away from the physical keyboard that devoted fans have grown to love. Its keyboard gets intuitive, predictive typing features thanks to Android. In addition, the phone even has a fingerprint reader incorporated into it. The Key2’s touchscreen navigation (similar to what you commonly experience with all of the smartphones) is decent enough, but the 4.5-inch display doesn’t really compete against other Android and Apple flagship smartphones. Their 12MP camera also pales in comparison to popular smartphones.

But what KEY2 does have that most of its competitors don’t is its slightly durable build. Specifically, thanks to its aluminum build and impact-resistant Gorilla Glass screen. The expandable memory from 64gb to 128gb, however, set a competitive advantage in the market. The KEY2 is currently running on Android 8.1 Oreo OS with key access to all apps on the Google Play Store. In terms of battery life, the KEY2 can survive for two days on a full charge.

All in all, KEY2 is a powerhouse smartphone from BlackBerry and provides you with the basic smartphone necessities and more.

For those who’re looking to get a premium quality phone minus the price tag, BlackBerry KEY2 LE is just the phone for you. The BlackBerry KEY2 LE is known to be the entry-level premium smartphone in BlackBerry’s product line. It supports the same 4.5-inch display screen with the Corning Gorilla Glass and powered by a Snapdragon 636 processor.

However, the difference between BlackBerry KEY2 LE and a KEY2 is the BlackBerry KEY2 LE has lower build and camera quality. So, these premium features set a benchmark for KEY2 given for its quality coherent to its price tag. If we look into the battery life, KEY2 LE also takes a plunge. A full charge will only last you maxed at 1 day.

When we’re talking about security, BlackBerry has always stayed ahead of both Apple and Android. A phone that packs quite a punch in security features is its BlackBerry DTEK60. The BlackBerry DTEK60 is equipped with a 5.5-inch QHD Display and comes with a Snapdragon 820 Processor and 4GB of RAM, making it more powerful than the KEY2LE and KEYone. The BlackBerry DTEK60 is also the first of the smartphone’s to add the fingerprint question, which is more secure than typing in a passcode.

Since its inception, BlackBerry has touted their devices’ security as the main selling point. Combine that security with a beautiful phone and Android software, and the BlackBerry DTEK60 is a winner.

But, with the end of BlackBerry OS, will these BlackBerry mobiles stay up to their game?

The BlackBerry Motion gives you 32 hours on a single charge, which is all thanks to its 4000mAh battery. The Quick Charge feature also makes it easy to get this baby juiced up in no time. But there’s just more to this phone than its battery size.

Its Snapdragon 625 Processor is paired with 4GB of ram, so the device is designed for extended use. The phone also comes equipped with a 12MP rear camera and an 8MP front camera. To really seal the deal, the Blackberry Motion is also water-resistant, making it the first device to be built this way by BlackBerry.

This phone weighs in at 6.24-ounces and comes with BlackBerry’s high-quality QWERTY physical keyboard paired with a 3.5-inch touchscreen at a 720×720 IPS display. In the smartphone industry, the 3.5-inch touchscreen greatly pales in comparison to the average size of the other flagship products from Apple and Android.

The device has an 8MP rear camera that allows 1080p video recording and a 2MP front-facing camera that records 720P. What sets the BlackBerry Classic apart from its predecessors is the integration of both touchscreen and physical QWERTY keyboard so it satisfies the needs of fans and new users alike.

If you’re a BB Loyalist who can’t choose between a smartphone touchscreen and a physical keyboard, the BlackBerry KEYone provides you with both. Just like the KEY2, KEYone has a 4.5-inch 1620×1080 IPS LCD display protected by Gorilla Glass 4, so it can survive some harsh drops.

The KEYone is powered by the Snapdragon 625 Processor combined with 3GB of RAM for guaranteed smooth performance. The KEYone also comes with an 8MP front-facing camera with a 12MP rear camera. In terms of battery life, the KEYone survives up to 26 hours when fully charged and boasts of a quick charge feature, getting it to 50% in under 36 minutes.

The BlackBerry DTEK50 is another one of the budget-friendly smartphone devices that run Android OS. The DTEK50 runs on an Android 6.0.1 out of the box. But, BlackBerry has made some tweaks and provided additional apps to make the DTEK50 more secure than its predecessors.

The BlackBerry DTEK50 also adds encryption features to put those who’re particular with security at ease. The DTEK50 is also powered by a Snapdragon 617 octa-core processor and powered by 3GB of RAM. However, the internal storage comes in under par at about 16GB only. But users can use a MicroSD to expand their memory.

BlackBerry continues to grow this year. But they’re not looking towards jumping into the mobile phone trends for which two other companies are going toe-to-toe. Blackberry intends to go back to the Verizon network in the USA. So, anyone who is looking to secure all of the new phones can secure one from their nearest Verizon store.

As for the 5G smartphones that BlackBerry plans on releasing, people will have to wait at least a year before they could get their hands on one. At the CES 2019, Francois Mahieu, BlackBerry’s Global General Manager and Chief Commercial Officer mention that TCL Communications, the company licensed to manufacture devices under BlackBerry’s name, has taken into consideration BlackBerry’s history and confirms that Blackberry is one of Verizon’s most loyal partners some years ago.

The future looks bleak for BlackBerry since they’ve yet to update us with their newest smartphones. They’re still completely reliant on their older models in this volatile market, hoping their users to stay loyal to the brand. BlackBerry, however, promises to come out with newer models within the next few months.

Overall, there’s still some hope for BlackBerry. So, owning a Blackberry might still be reasonably enjoyable if you want to take a break from Apple or Android devices.