Is knowing how to tame an axolotl in Minecraft important to you? Perhaps it’s mere curiosity or the benefits of it you seek. Either way, like most Minecraft mobs, you can domesticate an axolotl and have it as a friend. However, there are small hurdles you must cross and items you must get to accomplish the task. Let’s find out how below. 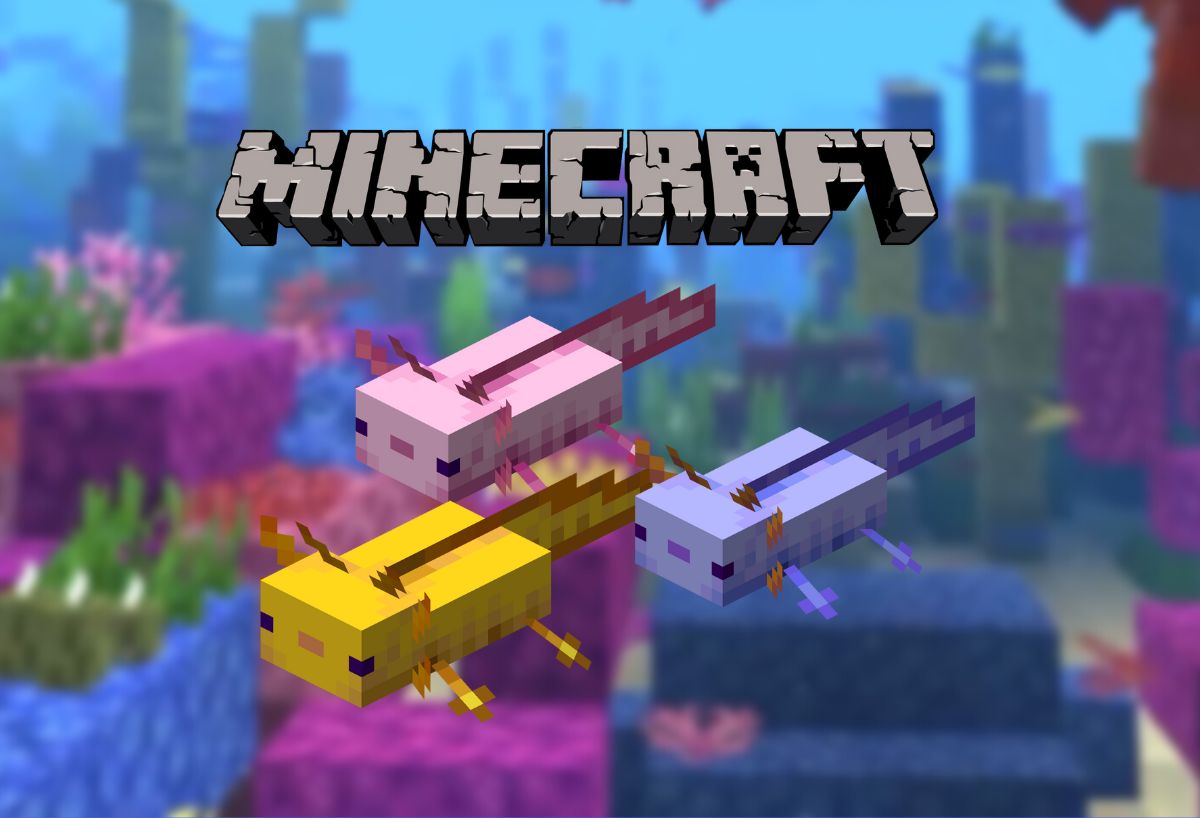 What Is a Minecraft Axolotl?

Before we learn how to tame an axolotl in Minecraft, we must understand what this adorable creature is. In real life, an axolotl is an amphibian that is from the family of salamanders, native to the Mexican Valley. Unfortunately, they are an endangered species. Hence, the developers added axolotl as one of the Minecraft mobs in hopes of spreading awareness for their conservation.

Within Minecraft, however, axolotls are a little different from what they’re like in real life. Sure, they also come in many different axolotl colors including blue, orange, gold, cyan, and pink. However, they can also aid you in a battle against mobs within the sea. Just scoop them up from where you find them and deploy them by emptying the bucket they’re kept in.

Apart from this, you can also breed Axolotl in Minecraft just like how you might breed horses. This will ensure you have tons of little axolotl friends you can rely on later on. Hence, you don’t always have to hunt for these small creatures every time you want more.

In addition, unlike real axolotl, Minecraft axolotl can walk on land. It can go as far as eight to nine blocks beyond the shore. However, they can only do this if water exists two blocks deep within 16 blocks of the creature. If this isn’t the case and the axolotl walks on land, it may die within 5 minutes.

Where to Find Minecraft Axolotl?

You can find axolotl in the Lush Cave biome within Minecraft’s world. However, these adorable amphibians were not available until Minecraft 1.18, so remember to update your Minecraft to the latest version. Otherwise, you won’t be able to find these axolotls in Minecraft at all.

Once you have an updated game, you can easily find a Lush Cave by finding new Acacia trees. Afterward, simply dig near its roots and it should lead you to these beautiful caves. They often appear when you find clay five blocks underneath where they originate.

Of course, this means you’ll need to head underwater to find the lush caves. Thankfully, when you do find axolotl, they’re not at all hostile. They’re also usually attached to leads.

What Do You Need to Tame an Axolotl In Minecraft?

The axolotl is relatively easy to capture in Minecraft. You don’t need any special items, crafting tools, or bait like a honeycomb. In fact, the only item you’ll require is a bucket. Hence, you don’t need too many items when you’re learning how to tame an axolotl in Minecraft Bedrock.

Fortunately, you can easily craft buckets with your crafting table. Simply put two iron ingots on the first row’s left and right spaces. Afterward, add one iron ingot dead center of the crafting table. This should immediately generate your bucket. You can then just click it and drag it into your inventory.

How to Tame an Axolotl in Minecraft?

Once you’ve scooped an axolotl, they’re essentially yours. You can also release them into the water by emptying your bucket near your house. This should let the axolotl create an ecosystem of its own. However, if you want axolotl to follow you, you must be holding a tropical fish in your hand.

What’s the Point of Taming Axolotl?

As we’ve previously mentioned, learning how to tame an axolotl in Minecraft is great for water-based battles. That’s because releasing them into the water will kill nearby enemies. Moreover, they can even destroy the fish around the vicinity.

In addition, you can even bring the bucket of axolotl with you to an Ocean Monument raid. These little critters should certainly help you in battle and come to your aid in sticky situations. Moreover, they usually prioritize killing hostile mobs over non-hostile mobs so they have their priorities straight in fights.

Of course, these axolotls don’t deal a lot of damage. In fact, they only deal two points of damage with each attack. Nonetheless, bringing multiple buckets of them should prove useful if you want to keep your enemies occupied. They’re also just a cute little army to have.

Apart from these, axolotls can also “play dead” within the game. As a result, enemy mobs will not attack them, so you don’t lose your precious friends forever. This should give these cute amphibians some time to recharge, so they can fight again later.

If you deal the final blow to an enemy that triggers an axolotl’s “play dead” mode, you also gain a short regenerative effect. You can also reduce your Mining Fatigue if you kill a mob that’s engaged in combat with your axolotl.

What’s the Rarest Axolotl in Minecraft?

How to Obtain a Blue Axolotl?

However, some users do use cheat commands to spawn blue axolotl when frustrated. It’s the easiest method, after all. You just need to ensure that cheats are enabled in your game. Afterward, simply open the command box and write: “/summon minecraft:axolotl ~~~ {Variant:4}” (without the quotations) for Java Edition. For Bedrock Edition, the cheat code to get a blue axolotl is “/summon axolotl ~~~ Minecraft:entity_born.”

This act should instantly summon blue axolotl in your current location. Sure, it’s not the cleanest way to find blue axolotl. Nonetheless, it’s certainly the most effective method. You can also attempt to breed your current axolotl to get the blue variant.

Blue axolotls are, likewise, the hardest to breed. The chances are only 1/1200. Hence, it’s quite tedious to do unless you have tons of free time. You might increase the odds if one of the axolotl parents is also blue. Regardless, the chances are somewhat slim.

Learning how to tame an axolotl in Minecraft is easy enough. After all, you only need a bucket and don’t even have to bait these creatures with fish. Once you find them, these creatures can be somewhat useful in battles and raids. They’ll certainly be useful to you if you spend much of your time in the ocean. However, the rarer axolotl variants can be difficult to obtain. This is true whether you’re trying to find them in the wild or attempting to breed them naturally.