Sony is a well-loved brand for its many electronic products. Such products include the Sony Xperia, an impressive line of smartphones that are guaranteed to suit the needs of its users. Among the brand’s line of phones, the best Sony phone would be hard to find and for good reason as well.

In this article, we’ll help you narrow down your choices on finding the best Sony phone for you.

Sony is a popular brand that has catered to the needs of many through the years. Not only has it produced a well-loved gaming console but it’s also produced its own line of phones that have cemented its place as one of the most impressive phones in the market.

That said, here’s a list of the best Sony phones that you might want to consider if you’re looking for a new phone. 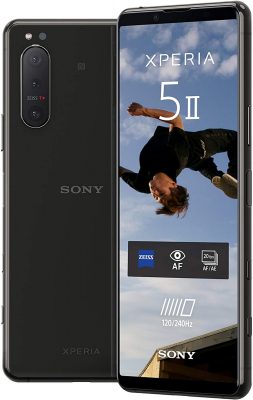 The Sony Xperia 5 II is a great phone for the average user. It has a decent performance that can help you work through your everyday tasks. It also has an astounding camera with a performance that can easily compare to other top phone brands. The phone also gives you a smoother Android experience and a sleek overall performance. Additionally, you can also expand the device’s memory which is great if you’re looking to use the phone for tasks that require a bigger memory.

However, if you’re on the market for a phone that is 5G-ready, the Sony Xperia 5 II is not one of those phones yet. The phone also doesn’t come cheap and might not be the best phone for those eyeing something budget-friendly. 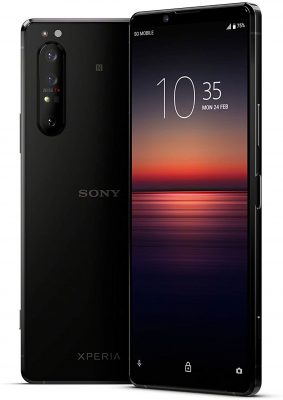 Another model to consider if you’re looking for the best Sony phone is the Sony Xperia 1 II. This phone is regarded to be one of the best because of what it brings to the table. It’s a Snapdragon 865 phone, so you know what to expect. Not only does it have a great range of cameras, but it also has an impressive 4K display with 21:9 resolution. It also has a long-lasting battery that is better than older Xperia models. It’s great for those looking for a big enough phone for streaming and one that boasts a great display.

However, at $1100, this model is quite pricey that you might want to reconsider it. It’s also not a phone that you would want to get if your hand strains easily as it is a large phone. But if you don’t mind those cons, then the Sony Xperia 1 II is easily the best Sony phone for you.

If you’re looking for the best Sony phone that won’t burn a hole through your wallet, the Xperia L2 is your best bet. The phone doesn’t have any high-end features and doesn’t match other budget phones in the market but it’s something to consider if you’re not looking to use the phone for anything else other than work or keeping in touch with your loved ones.

It has relatively small storage and cameras that don’t match the standard of today. But the Xperia L2 is a great and cheaper alternative if you’re up for something temporary to replace your phone with. Keep in mind that the phone runs on an old OS and might not be compatible with the latest versions of apps unless you update the OS. 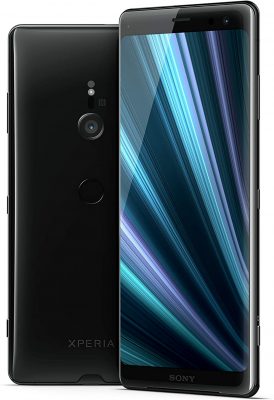 Despite being an older model compared to the other phones on the list, the Sony Xperia XZ3 still packs a punch with its features that’s great for many uses. Whether you’re using it to stream movies, play games, or casual use, the phone has a great mix of features that will suit most users.

The device’s bright and big screen is great for gamers as they’d have a big enough display. It’s also great for avid fans of movies and TV shows as they can stream their favorite shows on a big and bright HDR screen. The Sony Xperia XZ3 also packs a great battery for average usage and a camera that is workable but it isn’t anything too expensive. Still, the phone is a great alternative to the more pricey Sony phones in the market. 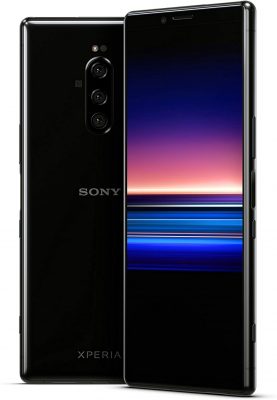 The Sony Xperia 1 is a premium smartphone that is great for budding filmmakers. The phone has a great set of cameras that are quite capable, coupled with outstanding display quality. Moreover, the phone also features a film-making app that makes it an ideal device for those who are looking to get into film-making.

The phone recreates the Sony Alpha camera experience for its users and ensures a high-quality media display. That said, the Sony Xperia 1 is a bit more pricey and you can get phones with similar specs for a lower price. Still, it won’t provide the same experience that a Sony phone can provide its users. 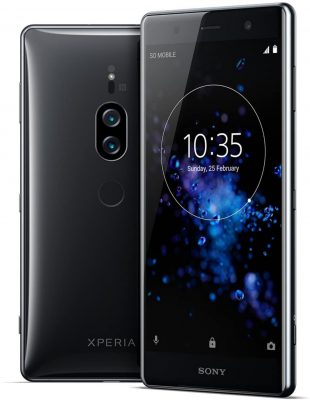 One thing that you will love about the Sony Xperia XZ2 Premium is its 4K display. While it isn’t exactly the first phone to have 4K, it’s one of the best phones to bear the said feature. It’s a great phone to consider if you’re big on streaming movies and TV shows.

That said, the Sony Xperia XZ2 Premium is one of the best Sony phones when it comes to its display. Apart from that, the phone is pretty average. This phone might not be the best bet for those who are looking for something more functional, as the Xperia XZ2 Premium’s best feature lies in the 4K display. 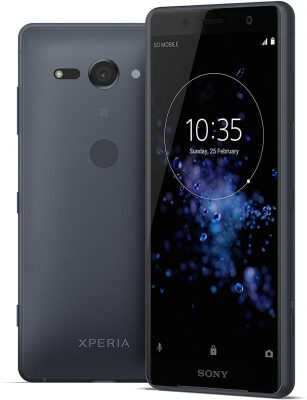 While other brands are working to make their phones bigger, Sony released the Sony Xperia XZ2 Compact. It’s a relatively small phone with a 5-inch display that is quite small compared to most phones of today. It fits the palm nicely and takes away the strain that comes with holding bigger phones. The small size also helps to reduce the risk of accidentally dropping the phone as it fits in your palm better. 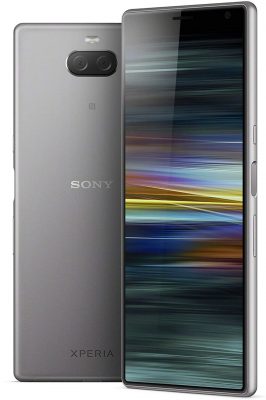 The Xperia 10 Plus is certainly an upgrade from the Xperia 10. It’s a larger model that has a better display and better specs than its predecessor. With its 21:9 display, you can watch better without worrying about cropping. For some, it can be the best Sony phone because of its media features and its great display. However, the phone also does fall short on a couple of things, including its price and odd shape.

But if you’re looking for a phone that’s great for media consumption, the Sony Xperia 10 Plus might be the best Sony phone for you. 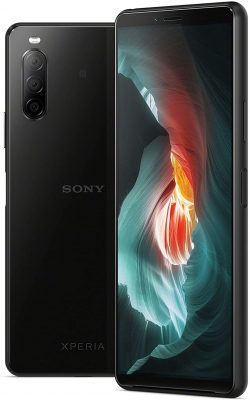 Lastly, the Sony Xperia 10 II is a great option if you’re looking for a quality mid-range phone that doesn’t cost too much. It boasts great camera performance with its triple camera system and a front camera that is at par with the phone’s primary cameras. The phone also boasts a long battery life that should last you for about 12 hours of continuous use. It’s not a bad deal for a mid-range phone from Sony but that said, there are also a couple of downsides to this phone.

Despite its great specs, the Sony Xperia 10 II is not available in all regions. You can, however, purchase it from merchants such as Amazon. But that doesn’t mean that it will work properly in a region that it is not made for. In that case, you might want to look for alternatives that are compatible with the region that you reside in.

How to Find the Best Sony Phone?

That said, here are a couple of things to remember while you’re on the hunt for the best Sony phone.

Before you decide to buy a phone from a retail store, you might want to check out offerings from mobile carriers too. Usually, mobile carriers will offer plans that include a phone and data plan of your choice. It’s also recommended to do a bit of research about the phone that you want and your current carrier (if you are subscribed to one) as your phone might not be compatible with the carrier.

Scout for any mobile plans that include cell phones as these will usually be cheaper than if you purchase a phone and a plan separately.

If you don’t plan to do heavy gaming or editing on your phone, you can opt for a version or model with a slower processor.

If you’re the type of person who always needs their phone, you’d want a model that can keep up with your lifestyle. Hence, you’ll want a phone with stronger battery life. Choose a phone that goes over the standard 3000mAh battery as those are usually the models that can last you an entire day.

If you’re unsure of which models have better battery lives, you can always do a side-by-side comparison on the brand’s website or you can even go to a store and ask assistance from a brand representative.

Also, you might want to look for a phone that has “expandable memory”. Often, these phones will allow users to boost their phone’s memory with an SD card. This is helpful especially if the phone that you want just has enough internal memory for your apps. You can store extra items in your SD card without worrying about eating up too much storage.

At the end of the day, the most important factor to consider when looking for the best Sony phone is your own needs. Look for a phone that will be able to match your lifestyle or the things that you intend to do with the phone. Think about what you’re going to primarily use the phone for and start picking a selection from there. It helps to consider how you intend to use the phone as this will give you a better idea of the specs that you need to look for.

In general, look for a phone that will suit your needs because this will more or less be of use to you for a long time.

Pros and Cons of Using a Sony Phone

Despite being one of the most impressive smartphone brands, there are also downsides to using a Sony phone. It’s essential to take note of these points as they’ll help you decide whether Sony is the brand for you or not.

With that, here are a couple of pros and cons that you might want to keep in mind.

Sony might not be the brand for everyone, but there is some charm to the brand as well. For the most part, Xperia models may no longer be at par with most of the latest models in the market yet they are still capable of functioning well. Figuring out which Xperia model is the best Sony phone might prove to be difficult, but at the end of the day, it’s all up to the user to decide. Despite its pros and cons, you shouldn’t be discouraged from trying the brand as it might just be your next favorite.