In an age when smartphones seem to get bigger and bigger, our small-handed friends are left feeling overlooked. Mobile accessories like bands, grips, and rings do exist to help ease the trouble. However, they aren’t enough to quench the thirst for a phone small enough to fit comfortably in the hand and in the pocket.

If you’re a fellow small-handed friend, we’re here to reassure you that your voice hasn’t gone unheard. Phone manufacturers haven’t abandoned the smaller form factor. In fact, small phones still come with great performance and power. If you’re looking for the best small phones you can buy, then you’ve come to the right place.

What are the best small phones you can buy right now? For this list, we’ve narrowed down our picks to smartphones below six inches in dimension. Here are our picks for the top 13: 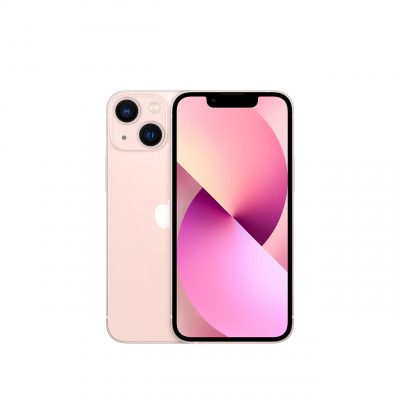 Apple is reaching new heights for its small phone legacy with its iPhone 13 Mini, the smallest and most compact device within the iPhone 13 series. Although we won’t urge you to get this device if you already have an iPhone 12 Mini, we consider the smallest iPhone for 2021 as a big leap from its immediate predecessor.

At first glance, there is no striking difference between the iPhone 12 Mini and iPhone 13 Mini physically. They almost have the same dimensions and screen size, except for the smaller screen notch found on the newer version. The biggest upgrades for iPhone 13 Mini are found in its performance, and they are exactly what we wanted to see on iPhone 12 Mini.

First, there’s a significant upgrade on the battery capacity — from 2227 mAh to 2438 mAh. The base internal memory was also doubled to accommodate more storage. The random access memory stayed the same, though. In terms of chipset, the iPhone 13 Mini has Apple A15 Bionic that makes the 5.4″ OLED screen of 1080p resolution possible.

Aside from being small, the 2021’s iPhone Mini is also durable, thanks to its scratch-resistant ceramic glass and IP68 waterproofing. 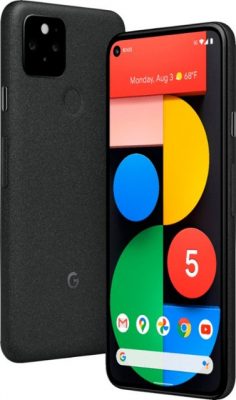 Granted, Google Pixel 5 leaves something to be desired in terms of performance. It houses a weaker processor than most flagships even though it’s only slightly less expensive than flagship phones. However, it does make up for that by having 5G support, a better battery, and a less-than-flagship price.

Moreover, it still sports Google’s best-in-class cameras, computational photography, and wireless charging in a relatively small size. It also now has an ultrawide camera, which is a more than welcome addition. 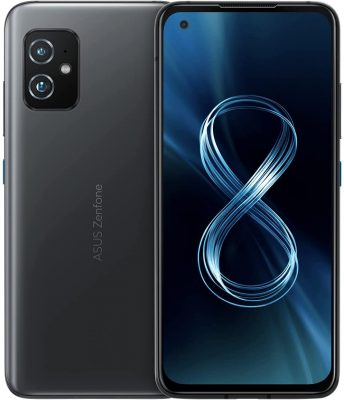 Asus Zenfone 8 is the perfect example of “good price meets good quality” in a mobile phone. It’s the compact version of Asus Zenfone 8 Flip without the flipping camera module, which makes it not just smaller but also sturdier.

In terms of performance, Zenfone 8 does not lag behind its more expensive competitors. If you are a gamer, its Super AMOLED display with 120Hz would be its greatest selling point. Asus paired it with Snapdragon 888, making it a flagship phone at an entry-level price tag.

Zenfone 8’s weak point, however, is the camera. It does take good pictures with its 64 MP wide-angle dual cameras. Admittedly, though, it’s something that won’t fare well against iPhones. 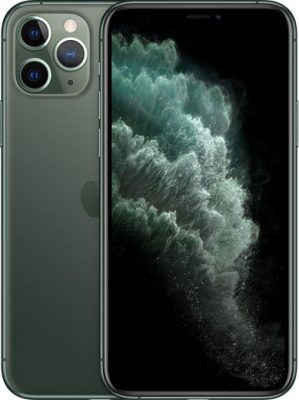 The iPhone 11 Pro might not seem like a small phone at first glance. In fact, you might have thoughts that it’s just the best smartphone overall. However, considering its form factor, it qualifies as one of the best small phones to get. Moreover, despite its age, it’s still one of the best iPhones you can purchase even today. 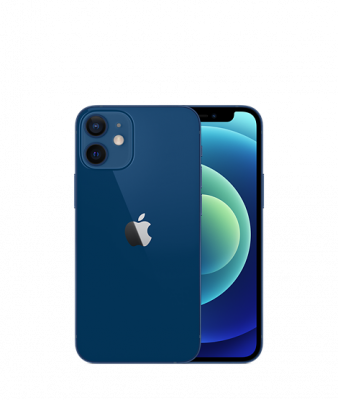 Considering that its body is only a little over 5 inches, the iPhone 12 mini lives up to its name. It’s the smallest iPhone in the 2020’s iPhone 12 lineup, but don’t let its size fool you.

Even though the smallest body-wise, its screen size is bigger than the iPhone SE — thanks to its small bezels. Moreover, the mini packs a punch with Apple’s A14 Bionic processor — arguably the most powerful mobile processor so far.

It doesn’t stop at the processor or screen size, either. The iPhone 12 mini has all of the flairs you’re getting in the iPhone 12 — just in a smaller size. It has the same OLED screen, Apple’s signature dual cameras, 5G support, and the all-new MagSafe-compatible back. However, the smaller size does have a few drawbacks.

For example, it has a smaller battery compared to its brothers. Moreover, its base storage starts at only 64 GB which simply isn’t enough nowadays, even for the average person. Of course, the pros outweigh the cons, and if you want the smallest iPhone, the mini is your best bet. That is if you can afford it. 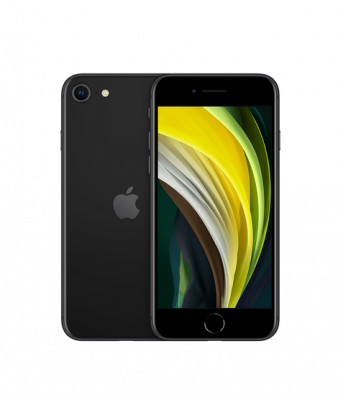 Finding the best smartphone may not be too difficult if you’re filthy rich and have the cash to burn. However, it’s not easy when you’re on a budget. That’s why the Apple iPhone SE (2020) is a great choice for budget-conscious consumers. Moreover, it’s one of the best small phones if you don’t want a gigantic iPhone.

The iPhone SE comes with the classic build and 4.7-inch screen from the older iPhone 8. However, while it may look dated, its internals is top-tier because of its A13 Bionic processor.

Moreover, the iPhone SE has great cameras, especially considering the price you pay for it. Lastly, the premium features like IP67 water resistance and wireless charging certainly make up for its outdated design. 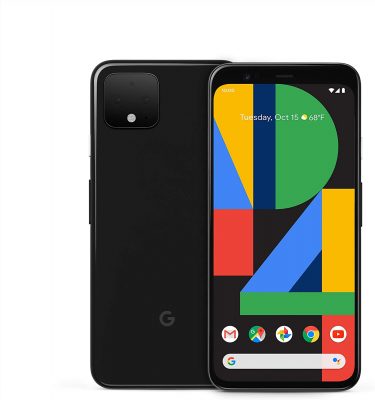 If you look up the phone with the best camera, you might find the Pixel 4 on one of the top spots. That’s because the Google Pixel 4’s cameras could even rival that of the iPhone and Samsung Galaxy. The Pixel 4’s night photography, exceptional picture quality, and telephoto lens are enough to satisfy anyone.

Moreover, Google’s Pixel 4 isn’t a flagship for nothing because it also boasts a snappy chipset with an excellent display. It even has a 90 Hz refresh rate — something the latest iPhone 12s doesn’t even support.

Of course, there is already a new Pixel 5. However, Google’s Pixel 5 seems to be geared more towards mid-range phones instead of flagships. That’s why the Pixel 4 is still a great option even though it’s a year older.

However, it does lack 5G support. If you don’t mind that, then the Pixel 4 is one of the best small phones among Android devices. 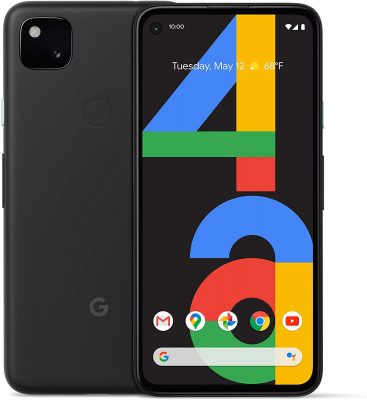 Some people look not only for the best small phones but also the best mid-range phone among them. If that sounds like you, then you might want to give the Google Pixel 4a a shot. With its best-in-class phone photography and low price, it’s more than a worthy contender.

The Pixel 4a has all the benefits you’re looking for in a Pixel phone. It has the best Android update support, Google’s coveted computational photography, and a capable processor.

Moreover, its RAM and storage capacities are more than enough for the average user. The only downside is perhaps the lack of 5G support and the smaller battery. However, for what it brings to the table, it’s certainly one of the best small phones you can get.

The Samsung Galaxy S10e is arguably the best value Android phone you can get today. It’s the less expensive flagship in the lineup, but it still boasts great performance. The S10e has the power that equals that of its older siblings and houses a beautiful AMOLED display.

Moreover, since it’s not the newest flagship, you can get it at a pretty low price. Above all, it still has a headphone jack! These qualities automatically put it on our list of the best small phones.

However, the S10e did cut a few corners to get that lower price point. For example, it only has two cameras instead of the three that you commonly see on flagships. Moreover, it gets rid of the in-display fingerprint sensor and puts it on the side. The battery life is also worth noting since it won’t last you as long as other phones. Nonetheless, the pros certainly outweigh the cons, especially if you can get it at a lower price.

The S10e is notches below the bigger Galaxy s20 and 21 series, but they don’t fit in this list. 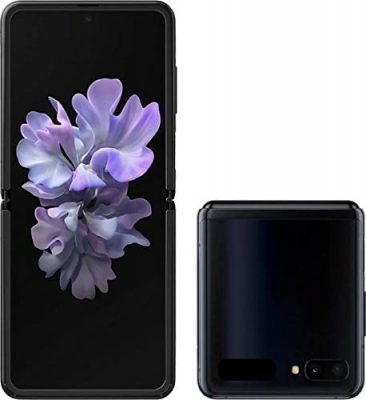 If you’re looking for a small smartphone, it can’t get any smaller than the Galaxy Z Flip. You might think that it’s cheating since, when opened, the Z Flip reveals a 6.7-inch screen. However, some people look for the best small phones simply because of their portability. If that’s you, then the Z Flip is more than a novelty, it’s a top contender!

The Galaxy Z Flip might not have been the first, but it’s certainly one of the best foldable phones around. Its body is compact and the performance is great — everything you should have on a small flagship phone.

However, what shines the most on this phone is the fact that it’s a one-screen foldable and it flips! It’s certainly one of (if not the most) fun and cool small phones on this list. 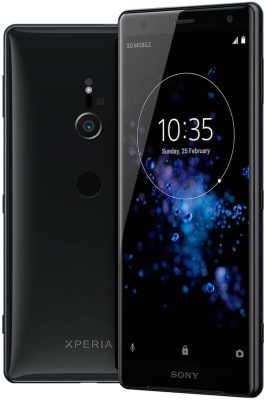 When you say the best small phone, your mind might not jump immediately to Sony’s phones. It’s a shame, though, because Sony’s Xperia XZ2 Compact is powerful and compact. Sure, it’s not as pretty as the latest iPhone or Samsung Galaxy, but it gets the job done.

With a Snapdragon 845 inside, the Xperia XZ2 Compact can handle the many things you throw at it. You can browse social media and even play a few games on its tiny 5-inch screen. Users can even bring it to the pool because of its IP68 water resistance rating.

Moreover, phone photographers will love its 19-MP rear camera to capture all their favorite moments. The only problem is having to deal with a 2,870-mAh battery, which is pretty small by today’s standards. Otherwise, it’s a good choice for a pocketable smartphone. 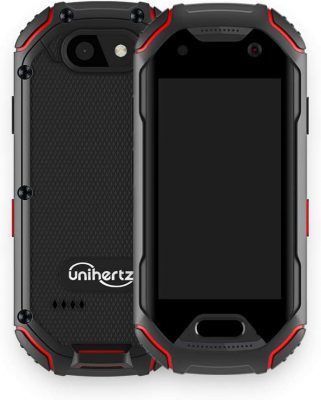 If you want the smallest smartphone you could have, then you should buy the Unihertz Atom. It’s incredibly small — even comically so — because it houses a miniature 2.4-inch screen. However, its small size doesn’t mean it won’t deliver. The Atom can fit comfortably in anyone’s hand, even a child’s.

However, the size is only one part of the Unihertz Atom’s charms. Its body is rugged enough to rival the Nokia 3310. Of course, it’s not the best smartphone if you’re looking for great performance and screen quality. However, it’s excellent if you want a smartphone small and sturdy enough to bring along during a long hike. 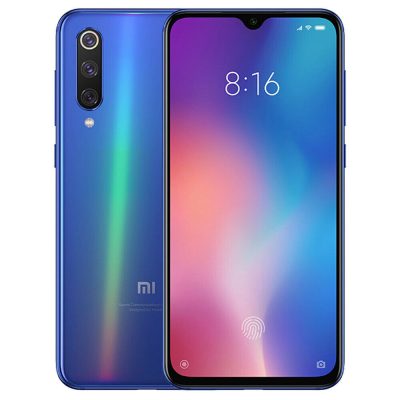 Lastly, we have the Xiaomi Mi 9 SE. It’s a typical mid-ranged phone, but that doesn’t mean it’s bad. The cameras and build quality are certainly good enough for regular folks. Moreover, you get respectable performance with a crisp 5.97-inch FHD AMOLED display — all for a fair price.

Aesthetically, it has thin bezels with an infinity U notch, which is commonplace among mid-range Android phones nowadays. It’s nothing exceptionally special, but it’s still one of the best small phones, especially if you’re price-conscious.

Phones don’t have to be large to have great performance. We see that evident in the iPhone mini, Samsung Galaxy S10e, and many others. Just like regular phones, they can pack a punch regardless of their form factor. Moreover, they’re perfect for people with smaller hands who can’t quite reach their notifications with just one hand.

If you’re looking for kid-friendly phones, check out our top picks!

16 Best Cartoon Yourself Apps That Are 100% Fun