We all want to own that brand-new smartphone, and it’s oddly satisfying to hold a new one in your hand. However, there are also good reasons why you should also consider buying used smartphones instead.

In this article, we’ve come up with a list of all the best-used smartphones from top retailers and private resellers. Whether you’re looking at recently released models or last year’s flagship models, you’re always going to find a smartphone for you.

Let’s be honest. Smartphones are never going to get any cheaper, and we’ve all noticed that with all the latest releases from Samsung and Apple this year. So if you’re prone to suffering from FOMO (fear of missing out), here are three reasons why it’s a good idea to invest in 2nd hand smartphones.

Used smartphones will always be cheaper than their brand new counterparts, and the difference in price is no laughing matter either. For example, you can get a 2nd hand Samsung Galaxy S7 for as low as $149 on sites such as Swappa or eBay. That’s almost half of its retail value of $480! Granted your phone may come with some scratches here and there, but these are negligible compared to the amount of money you save.

Good examples are the 2nd hand Apple iPhones. If you’re forced to shell out a couple of hundred dollars to expand your storage on a new phone, it’s the exact opposite for used smartphones. A 128GB iPhone may sell for $40 or $50 more than a brand new 32GB model out there. 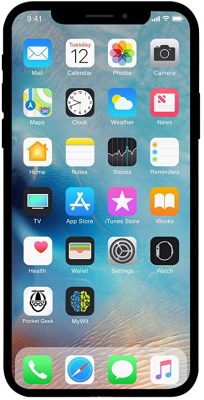 The iPhone X has been making waves for almost 2 years now, and Apple just added this 2017 model into its refurbished resale program. You’ll be able to grab iPhone X’s for about $769, but you could do better if you go for phone-swapping sites such as Glyde or Swappa. These sites sell the iPhone X’s for $479 to $619, depending on the version.

Now, these phones may not always be in perfect condition but secondhand retailers are able to provide some form of protection such as refunds for defective phones or when the phone doesn’t work as described. However, do note that the price can fluctuate and depreciate as time goes by. The price is correct as of the article’s published date. 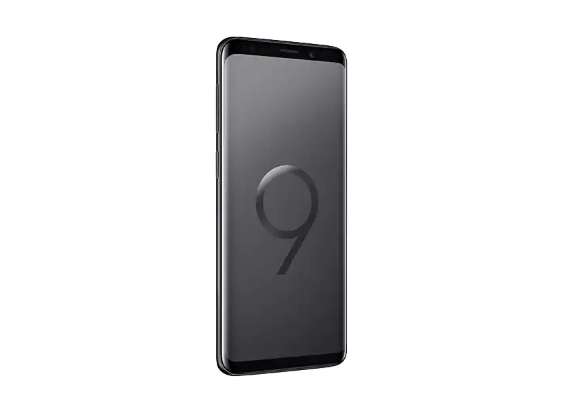 Another frontrunner from Samsung, the Samsung Galaxy S9 is a decent option for 2nd hand smartphones and you can’t go wrong with purchasing this model. It may not be as powerful as the S10 series, but it’s still more than enough to give all of the other smartphones here a run for their money. What’s interesting here is that stores like Best Buy will sell brand new products at the price of a 2nd hand model, so you’re guaranteed great savings regardless. 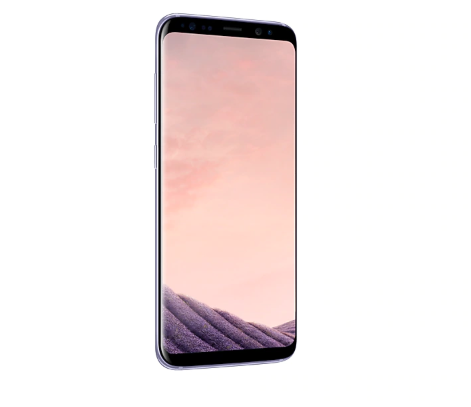 A lot of people criticized the Samsung Galaxy S9 for the design, which is basically the same design they ran with for the previous iterations. Samsung playing it safe has actually benefited them in more ways than one, and there’s no better example of this than the Samsung Galaxy S8. While this model is slightly less powerful than the S9 and S10, it’s now the most cost-effective generation to date. You can grab a 2nd hand model for under $200 in Swappa and eBay. 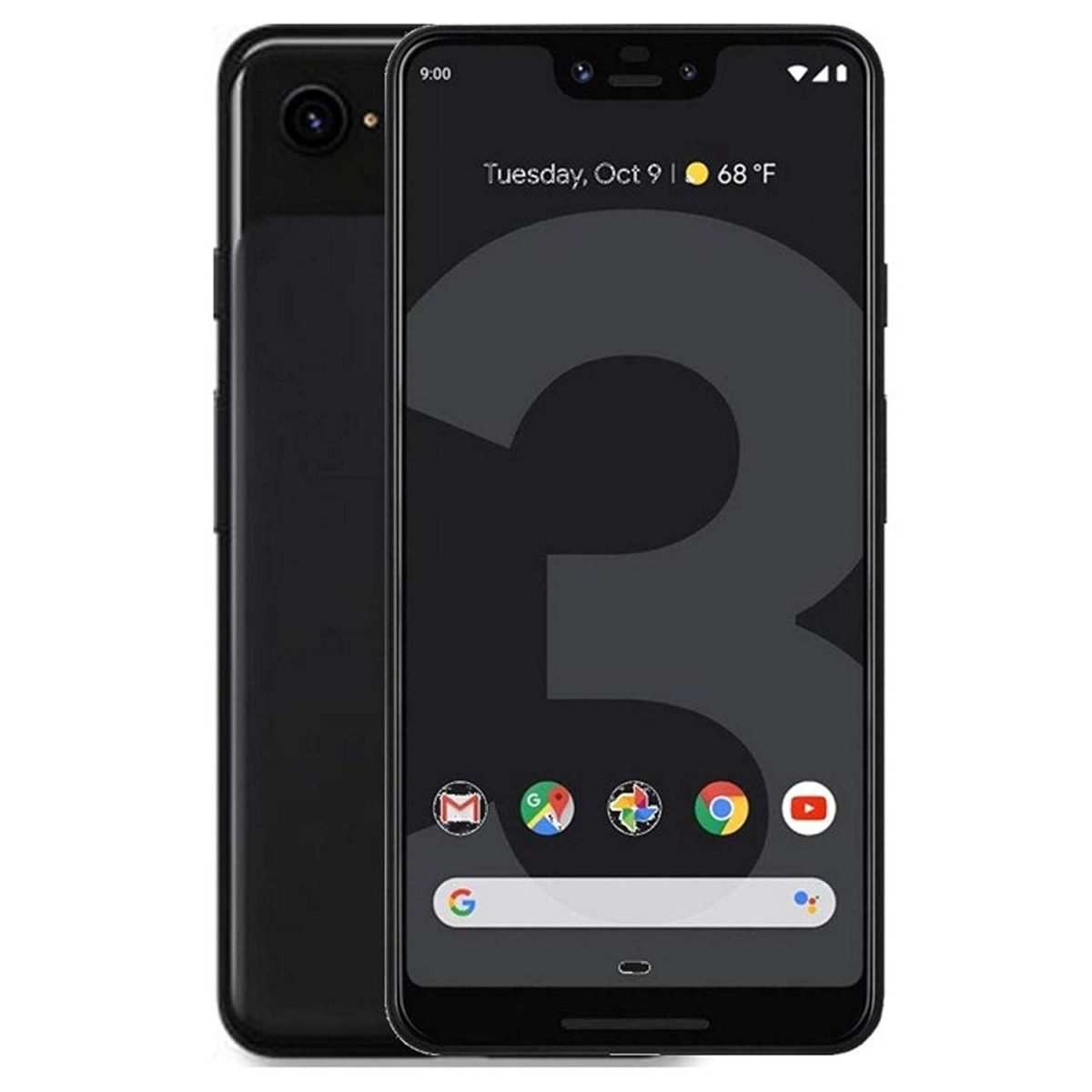 Google Pixel 3 debuted in October of 2018 and made it clear that it was one of the best Android smartphones you can buy (both brand new and used). The camera quality is as powerful as the Samsung and Apple flagship products and the phone even has a decent AMOLED display. The best part about the Google Pixel 3 is that it’s guaranteed to be cheaper if it’s refurbished. 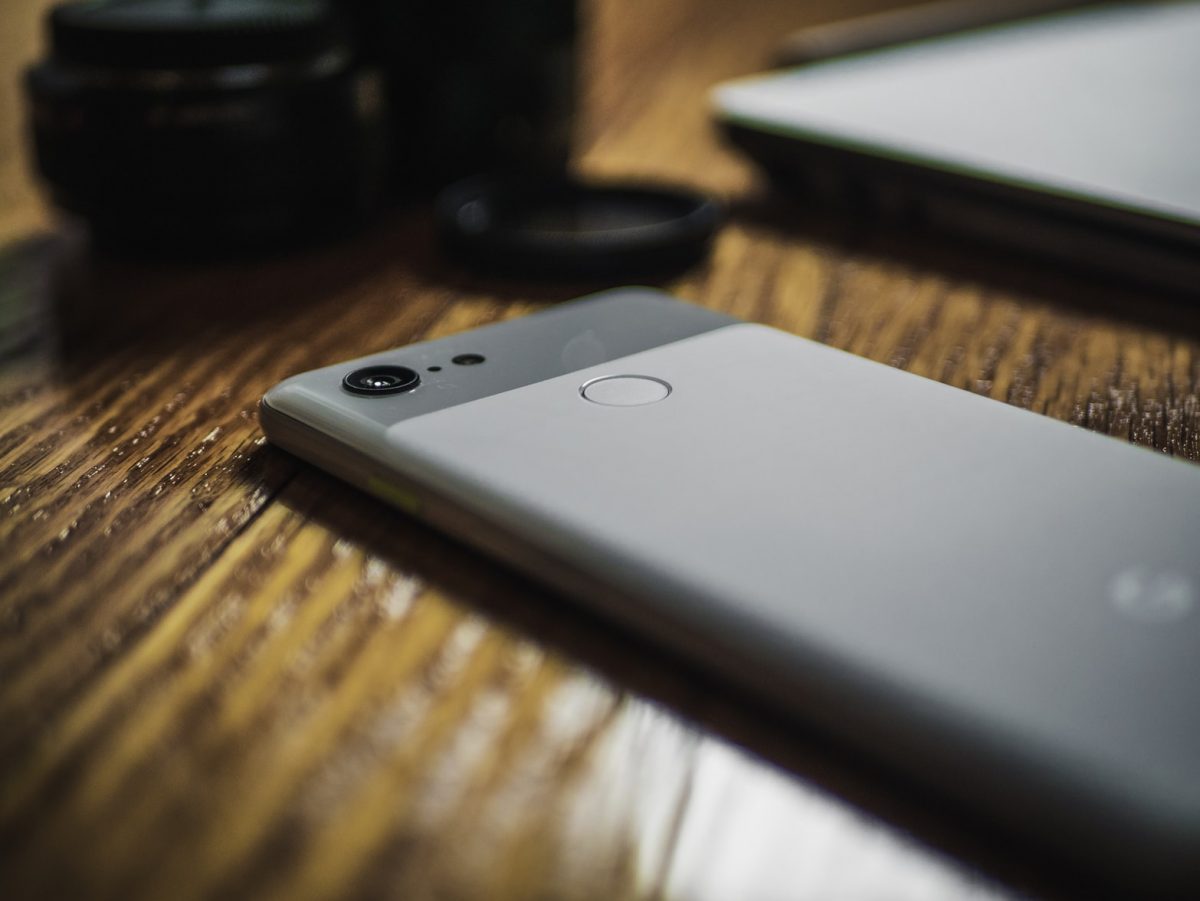 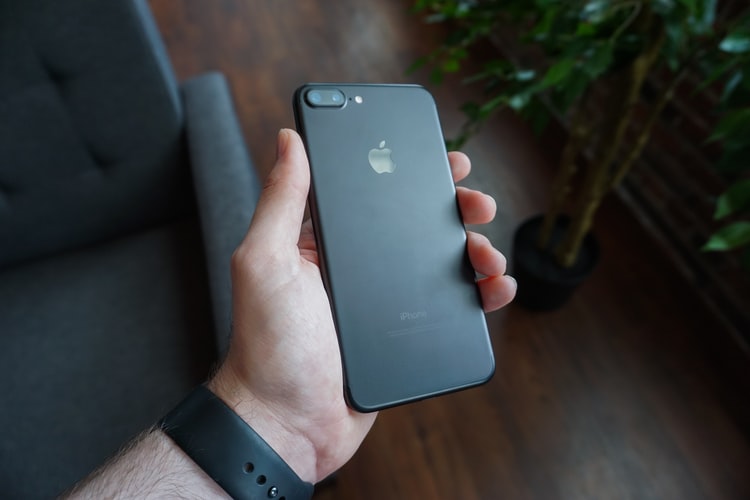 If you don’t fancy Apple’s wireless charging from Apple’s iPhone 8, then you might want to take a look at Apple’s iPhone 7 or 7+. Between iPhone 7 and 8, there’s not really any difference at all in terms of design, specs, and battery life. The upgrade from X to 11 is barely negligible. In most cases, users choose 7 over iPhone 8 for its battery lifespan. 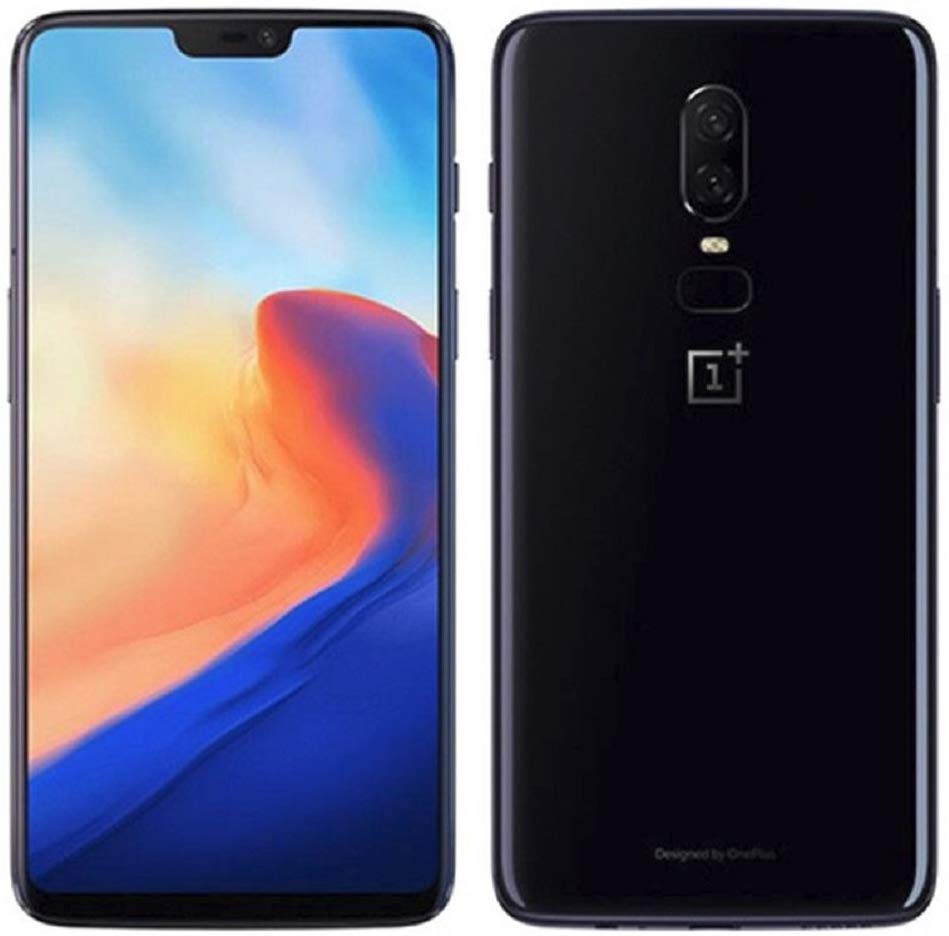 This is a brand that provides one of the best flagship products on the market, and their 6/6T and 5/5T are not to be reckoned with. The phones have very modern designs with a small waterdrop notch and a sleek glass back. The phone comes with the Snapdragon 845 processor, 8GB of RAM, and 128GB of storage that puts some flagship phones to shame. 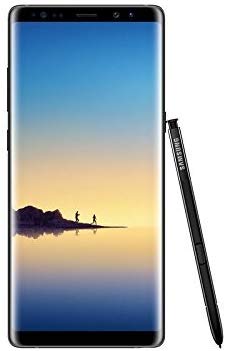 Last but definitely not the least, you can’t go wrong with purchasing a Galaxy Note 8. This is a fine choice for those looking for a device that delivers beyond smartphone capabilities. Note 8 comes with a stylus and the prices have gone down extensively for this unit. You can probably snag one from eBay or Swappa for as low as $400. If you’ve been eyeing this bad boy for a time now, then it’s a good idea to get a used one. 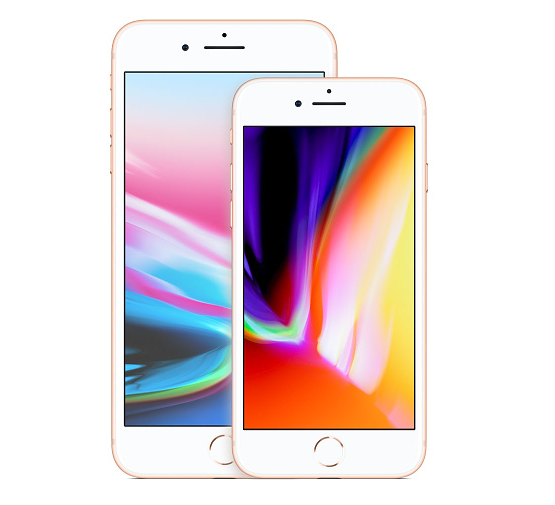 The iPhone 8 is the last of the models that use Apple’s original iconic design, but it’s still a powerhouse contender on this list. The phone comes with a speedy A11 Bionic processor and wireless charging feature. The battery life is still very mediocre, lasting up to a day, but come on, you’re already shaving off hundreds of dollars from buying a new one. You can score a 2 nd hand model for about $300 to $400, which is about $200 less than the asking price for its newer models. 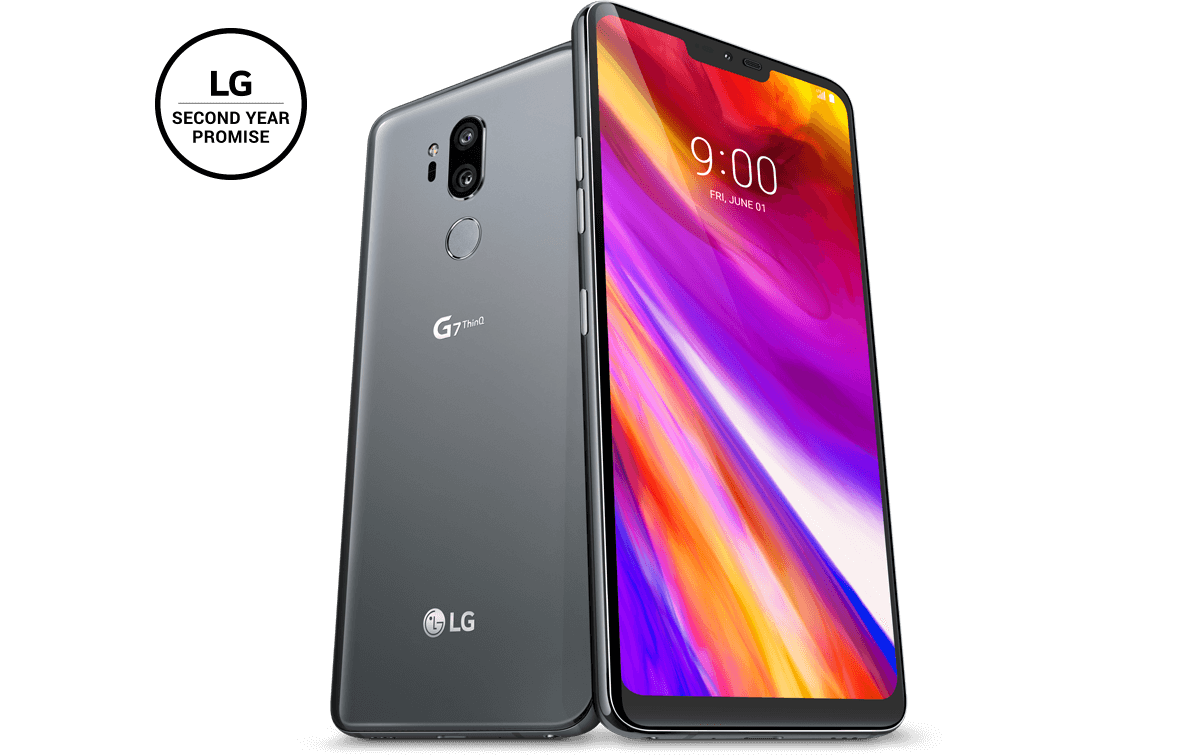 While LG doesn’t really have any smartphones that are nearly as good as Apple’s and Samsung’s, they are still quite decent with their flagship products. And one of their flagship products is G7 ThinQ is on this list because it packs quite the features. The 6.1-inch LCD display is as impressive as Samsung S9 and Apple’s iPhone 8 series.

But the reason why this phone is on the list is because of its speakers. Due to its acoustic chamber design, the speaker can get really loud without losing clarity. The G7 has fallen in price due to the release of the LG G8 and V505G, so if you’re on the lookout for used phones, be sure to add the LG G7 on the list.

All right, you just can’t log in to certain sites and decide to buy a used smartphone. The thing about purchasing refurbished units is that you get the most bang for your buck, and here are some tips to help you do that.

Know what you’re looking for

Before you decide to shop, you have to know what you’re looking for. You don’t really need to know the specific model that you want to buy, but rather focus on the specs and the OS that you’re willing to live with. Start by determining what screen size you need and how much you can afford to spend. Then fine-tune it to determining how much storage you need, how great the camera should be, and so on.

If you know what you’re looking for in a phone, then the next step is to determine your budget. Some of the phones listed here sit for about $300 to $500 refurbished, but you can go lower if you know where to look. Some sites such as Craigslist might list them for less than the prices listed here, but there will be a few exceptions here and there. For example, an iPhone 7+ on Craigslist might be a hundred dollars more expensive than on sites such as Swappa.

Know where to buy from

Once you know what you want to buy, it’s time to shop around for the phones. There are many options in terms of where to buy secondhand phones, and we’ll list down possible sites and places in this section.

1. Refurbishing stores – Some Apple and Samsung stores will carry official refurbished phones, so this is a good place to start. The prices are cheaper than the brand new counterparts. These phones often come from their customers who trade in their older units for newer ones.

2. Craigslist – This is another good place to snoop around for secondhand smartphones. Now sometimes, this site can be questionable because it’s proliferated by scammers. You do find the good bargains here and there though, so just exercise caution when surfing this site.

3. Swappa – This is the most frequently visited place to look for used smartphones. The site offers decent bargains for secondhand phones and they often price match with other stores.

Inspecting the phone upon receive

This section is intended for those who’ve already set up a deal with a local buyer or store. When possible, you’ll need to inspect the phone inside and out if you want to get the most bang for your buck.

Now, this is what you need for the inspection:

2. MicroSD and a SIM card

To inspect the phone, you’ll need to inspect the physical exterior first. Check for screen cracks, bezel dents, and so on. If the phone is equipped with physical keys, check to see if they’re in good condition and are responsive. Then move your way to the sides for the volume buttons and then the charging and headset jack.

If you’re satisfied with the physical condition, it’s time to move on to the software. Boot up the phone and give it a quick run-through. Check for lags, screen freezes, etc, to see if the processor and RAM are in working condition. Then the next step is to check the cameras. Open the camera app and check for cracks within the lenses (if you haven’t seen anything during the physical check). Switch between front and rear cameras, and then check on the flash as well.

Then insert the SIM and your MicroSD cards to check if the phone’s slots for both work. Test the SIM card out by making a phone call and text and connecting to the Internet. For your MicroSD, be sure that you’re able to check your files.

There’s nothing wrong with purchasing used smartphones. If you’re not keen on going after the latest models and if you don’t want to waste money on buying brand new phones, you can’t go wrong with buying 2nd handphones.

There are benefits to buying 2nd handphones and one of the most important benefits is that you get to save money. You save off hundreds of dollars when buying and you get to save the environment too.

And this list is just the start. As the year progresses, more smartphones will be going on the refurbished status and this will include the recently released iPhone 11. If you play your cards right, then you might be able to score a decent refurbished phone for less than its retail price.

How to Beat Sierra in Pokémon Go: Weaknesses and Counters