It has been said by the Greek philosopher Heraclitus that the only constant thing in the universe is change. In the world of technology, the Type C cable connector is proof of that phrase. From the dawn of modern electronics and computer systems, there have probably been tens if not hundreds of different connectors and ports designed for them. These systems include the venerable Parallel Advanced Technology Attachment or PATA, which sped data through systems at 133 MB per second, and the more modern Micro-B that transferred not just data, but power to its connected device. Out of this line of slow evolution and iteration came the USB 4 (Universal Serial Bus 4) system. This interface, combined with the Type C cable connector, is one most common connectors in the world. We are here to explain to you just how this change came about and why it is good that companies are switching to it.

Long before the great downsizing of electronics, computers, and phones, almost every hardware or computer maker had its own interface bus to connect with its peripherals and systems. At the time, it was standard for laptops like 1981’s Osborne 1 to be as big as a typewriter, weigh as heavy as 24.5 pounds, and come with its own in-house data interface bus, in this case, Hewlett-Packard’s HP-IB. Although originally starting with a transfer rate of 1 MB per second, it was eventually made to transfer up to 8 MB per second, which was decent for its time.

The HP-IB, was eventually accepted as one of the hundreds of industry-standard connectors and formats by both the Institute of Electrical and Electronics Engineers (IEEE) as IEEE 488 and by the International Electrotechnical Commission (IEC) as IEC 60488. This trend of having different connectors and “standards” for almost every company’s devices has led to people having a nest of wires and cables just for their computers.

That problem only got worse once gadgets and devices got miniaturized and cellphone companies chose to use their own preferred power plug connectors like Sony’s FastPort, Nokia’s Pop-Port, and the many sized coaxial power connectors, all of which were incompatible with their competitors. Not only did these companies have different connectors, but they also gave different power output and currents from each other. This trend got even more complicated as smartphones that needed to transfer both data and power slowly came into use.

Over time, due to the highly technologically demanding market for electronics and smartphones that required companies to continuously innovate their products, the myriad of connectors petered out to two dominant systems that could fit the modern dual requirements of data and power transfer. These two systems are Apple’s “Lightning” connector and the USB-IF’s Type C cable connector.

The first of these factors, of course, is its cost. Apple rarely gives out licenses to companies to create their products, including “certified” Lightning cables. These Apple licensed cables are usually marked with Made for iPhone/iPad/iPod (MFi) marks as well as have an “authentication chip” that denotes its high quality and safety as required by Apple to their licensees. Due to these added requirements, certified and original lightning cables are usually much more expensive than the USB-IF’s Type C cable connector.

Another point for Type C cable connectors is their widespread use since almost all of the USB-IF’s members and vendors use or are moving to use the Type C as their standard connector and socket format. Members of the USB-IF include smartphone makers like Sony, Google, Samsung, and Huawei, as well as computer makers like Intel, Acer, and Advanced Micro Devices (AMD). Meanwhile, Lightning connectors are a trademark of Apple and are only used by it and its licensees.

That said, cost, flexibility, and durability aren’t the Type C connector’s only advantages. As the latest iteration USB connector, it also has the fastest data transfer speed and power charging capacity compared to previous standards.

Even if transferring large amounts of data on smartphones is not usually the norm, the Type C cable is still better than its competitors. While Apple has not released exact specifications for the Lightning cable’s transfer speed, it is at least comparable to USB 2.0’s speed of 60 MB per second or at USB 3.0 speeds of 600 MB per second on some newer Apple devices. Comparatively, Type C cable connections can reach high speeds of 4.8 GB per second with the use of USB 4. It can also go on slower speeds depending on the USB specification of your cable.

Depending on the type of Type C cable, it can also handle linking to other devices through its “Alternate Modes.” This allows it to transfer not just high-definition video but audio as well. These alternate modes include Thunderbolt, DisplayPort, Mobile High-Definition Link (MHL), High Definition Multimedia Interface (HDMI), and VirtualLink modes.

Also See: How to Connect Your Phone to a TV

Now, when it comes to smartphone power delivery and charging, the Type C cable is clearly superior to Lightning cables. While the Lightning cable can only carry a maximum current of 2.1A, Type C cables can allow a current from 3A to as much as 5A with the same voltage. This almost doubling of current allows your smartphone or device to charge quicker using the Type C connector.

EU is Forcing Apple to Switch

This adoption coincided with Intel and Apple dropping the Mini DisplayPort connector they used for Thunderbolt 1 and 2 for the Type C connector for Thunderbolt 3 and 4. Whether or not this is a preemption of the European Commission’s move to force companies to universally adopt the USB Type C cable connection as a standard wired power connector to prevent e-waste and needless complexity is debatable. It does, however, mean that Apple and other electronics companies would be forced to make their products fall in line with the Radio Equipment Directive if it passes.

The adoption also means that not only are Type C cable connectors compatible with Apple’s newer products, but it also means that it is capable of some of the fastest wired data transfers using the Thunderbolt 4 interface that can handle up to 5 GB per second.

Hopefully, we have given you enough reason to switch to the new USB Type C cable connection. When that time comes, you might want to take a peek at our list of preferred phones, tablets, and accessories equipped with Type C USB. 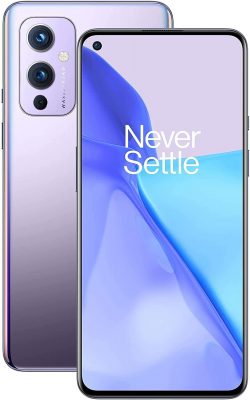 The OnePlus 9 was released on March 26 with a full spectrum of state-of-the-art features. Equipped with Qualcomm’s Snapdragon 888 system chips, it has a Kyro 680 Prime prime core, putting out up to 2.84 GHz of processing speed alongside three performance and four efficiency Gold and Silver Kyro 680 chips with 2.42 and 1.8 GHz per core.

Aside from this monstrous amount of processing power, it also comes equipped with Android 11 and 5G compatibility out of the box alongside the powerful Adreno 660 mobile graphics processing unit (GPU). It can support not just Type C cable connectors but also allows for QC 5 charging. 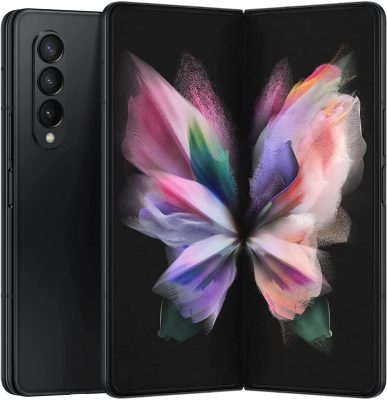 Another good option for a phone with Type C USB is the Samsung Galaxy Z Fold3. Released on August 27, 2021, it is one of the first foldable full-screen phones in the market. This model has the same core chipset as the OnePlus 9. It is also powered by Qualcomm’s Snapdragon 888 chips with an Adreno 660 GPU.

Due to the similar chipset and internal processors, its advantage over the OnePlus 9 is its wide dual display screen covered with Gorilla Glass Victus and water resistance rated at IPX8. 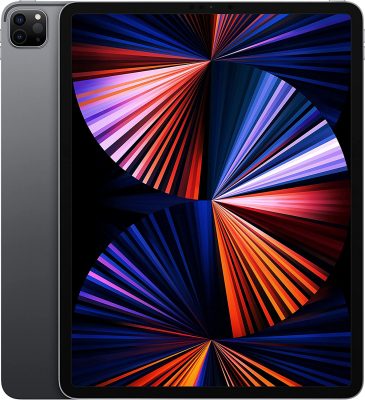 The fifth generation of Apple’s iPad Pro comes equipped with the new M1 processor, 5G, Type C cable connector capability, and support for both Thunderbolt 3 and USB 4 interfaces. This core makes it far superior to the Snapdragon 888 chipset and allows for clock speeds of 3.2 GHz for its four primary cores and 2 GHz for its four secondary cores each. Its speed makes it one of the most powerful gaming tablets currently on the market. 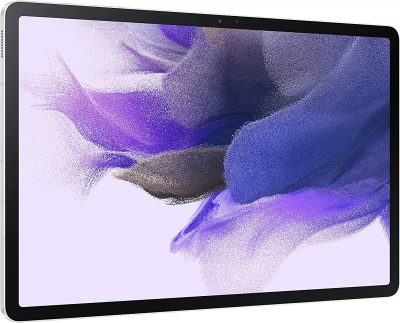 Although the iPad Pro 12.9 may have the Galaxy Tab S7 licked when it comes to pure processing speed alone, it is not that far behind with its Snapdragon 778 5G model. This chipset has 4 Kyro 670 2.4 GHz primary cores alongside 4 Kyro 670 1.8 GHz secondary cores that still give it the top spot among the best Samsung tablets.

Due to its Type C cable connector, it is also capable of fast charging at not just 25W but at the higher 45W with compatible chargers.

Since there are too many different chargers, cables, and adapters that adhere to the Type C cable connector standard, we will only give you an example of one of each here. We do have entire lists for some of these accessories, though, like the best USB Type C headphones or the best USB car charger. 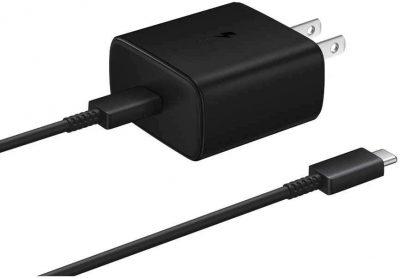 An entry in our list for the best fast chargers, Samsung’s official 45W fast charger is not just compatible with Samsung phones, but also other smartphones or devices that support USB PD. This bundle also comes with a double-headed Type C cable to save you the trouble of finding compatible wires. 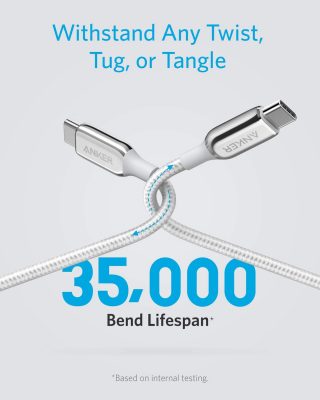 The Anker Powerline+ III is one of the most robust Type C cables out there. Certified by the USB-IF to adhere to their standards and thoroughly tested to withstand 35,000 twists, tugs, and tangles, this wire is built to last. Although not rated to provide video output, it is still capable of data transfer at 480 Mbps. Aside from that, it can deliver up to 60W of power to any device if paired with a compatible Type C charger. 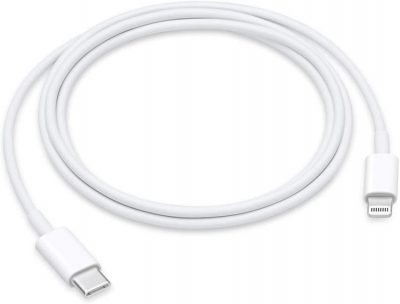 Due to Apple’s abandonment of their proprietary Lightning cable for the Type C cable connector and Thunderbolt 3 interface, many users of their older products would need a way to transfer data or power between their old Apple devices and their newer ones. Already Thunderbolt 3 enabled, their Lightning to Type C cable is also capable of transferring 18W, 30W, 61W, or 96W of power when paired with a compatible charger.

Type C Cables Are The Future

The Type C cable connector has become the standard power and data connection port for many organizations and companies. These include not just smartphones makers but laptop and computer makers as well. In the future, the  Type C connector will probably stand to dominate the electronics world. This is especially true if the European Union passes legislation for a unified power connector for smartphones and devices. Even if the legislation does not come to pass, the interface using the connector standard will continue to evolve. This can already be seen with the introduction of Apple and Intel’s Thunderbolt 4 and the new USB 4 interface. Both interface formats use the Type C cable connector.