Streaming music on the go is already part of many people’s lifestyles. With plenty of music player apps available for mobile phones, listening to your favorite songs is easy anytime and anywhere. The most popular music streaming apps nowadays are Spotify and Pandora. They are similar in various aspects but have advantages over each other. If you are wondering which is better, it is important to know the key features of both.

Now, let the Spotify vs Pandora battle begin. We’ve compared the two for you in this guide. 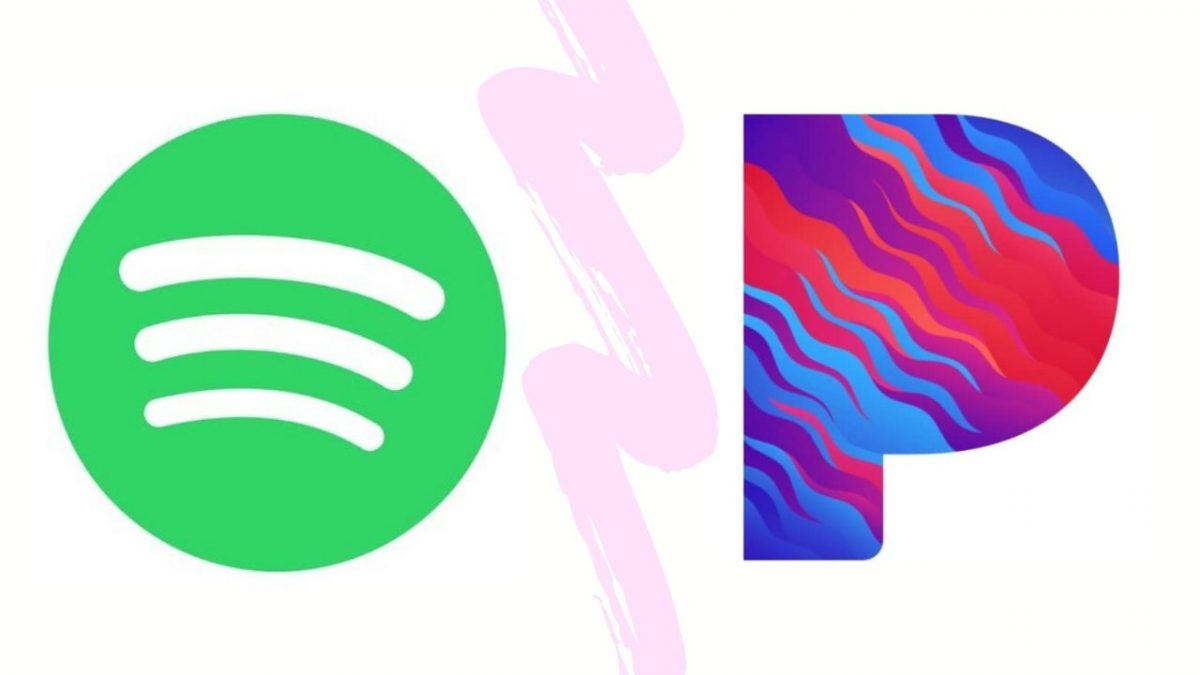 Spotify is a music streaming app that boasts millions of songs from multiple genres in its library, while Pandora is more of a radio-station-slash-music-recommendation app that also has a big catalog.

Both are compatible with desktop and mobile devices. Pandora, though, is only available in the US, Australia, and New Zealand in the meantime.

Pricing is an obvious consideration when choosing between Spotify and Pandora. Both have free and paid versions with a slight difference in the pricing tier. While Spotify focuses on chasing customers with its freebies, Pandora chooses to be straightforward with its affordable, killer options.

Here’s a detailed comparison of how Spotify and Pandora are trying to take over the other in terms of the price tag.

Spotify lets you stream music for free but with ads in between songs. The free plan allows you to skip up to six songs per hour. Songs are picked from playlists and set to shuffle play.

Why should you settle for paid plans? With Spotify Premium, you can add multiple users and accounts. Experience music without ads and get playback on-demand. Moreover, you are allowed to create more than 15 playlists, and download songs you can access offline.

Now let’s discuss Pandora. Pandora’s free offer is similar to Spotify’s. Ads are playing in between songs, you are allowed only six skips per hour, and music comes from preset stations instead of specific songs.

With Pandora, you can also select from different kinds of paid services: Plus and Premium. Pandora Plus is priced at $4.99 per month and is available for a 30-day trial. In this plan, there are no ads that will interrupt streaming. You also get four stations with songs you can play offline or skip as many times you want.

While Plus is already a significant upgrade compared to the free version, Pandora extends its capabilities more for a higher price. You can select from four Premium plans: Student, Military, Individual, and Family. The price range for these is the same as Spotify Premium. Plans start at $4.99 and can reach $14.99, with the Military plan going for $7.99.

What do you get from Pandora Premium? Just like Spotify’s paid version, you get music that is free of ads and available offline. You can access more than four stations and skip songs without limits.

When it comes to Spotify vs Pandora, in terms of pricing tier and corresponding features, both apps are on par.

With high-quality music comes high data consumption. With free Spotify, you can stream up to 160 kbps or at normal quality. If you have paid for Premium, quality can be increased to high or 160 kbps, or extreme which is 320 kbps. Normal, high, and extreme sound qualities consume 40, 70, and 150MB per hour, respectively. Do not worry, though, if these numbers seem heavy as there are many ways to minimize data consumption on Spotify.

With Pandora’s free plan, it streams at 64 kbps for standard, 128 kbps for high quality, and can reach 192 kbps if you are on Premium. Pandora uses up to 23 and 58 MB an hour for standard and high qualities. The app saves you more data but the streaming quality is lower than its competition.

These Spotify vs Pandora figures show that Spotify is the dominant app if you want quality audio.

Spotify has an obvious lead over other music streaming services in terms of the music catalog, Pandora Music included. However, as much as music discovery is concerned, Pandora might come supreme. While Spotify is for people who want to stream music they already know, Pandora is for those looking for music they might love.

Spotify has more than 60 million tracks in its growing catalog as per its official newsroom page. The app lets you save songs and make your playlist. If you are a Premium user, you can add as many songs as you like to your Library or collection of playlists. This has been possible since Spotify lifted its 10,000-song limit on libraries this year.

How do you discover songs on the app? Spotify tailors its suggestions depending on the music you listen to. The app also creates playlists for you, such as “Discover Weekly” and “Release Radar.” The former features recommendations curated by Spotify staff. The latter is a compilation of new releases from artists you follow.

You can also search for songs. Aside from typing in song title and artist on the Search page, the app lets you input lyrics, a new feature added for Android and iOS. That is a nifty feature for people who always forget song titles and remember only the lyrics.

Music discoverability in Spotify is so easy that is why everyone can have access to any song, popular or independent, and in any genre and language. This might be a concern, though, for parents who want to monitor what their kids are listening to. Spotify helps parents limit their children’s music streaming options. However, the filter for explicit content is quite tedious to set as settings should be toggled on every account and device.

Pandora also has millions of tracks available. In the app, you can create your Radio Station by picking the songs yourself. All it takes is a thumbs up on a song to do it. A station is a playlist you make within My Collection, your music library.

Algorithm and user customization dictate what songs are recommended to listeners. Moreover, Pandora’s four modes let you discover songs the way you want it. Discovery Mode adds new artists to your station. Crowd Faves takes into account top songs other users have given the most thumbs up to, while Deep Cuts incorporates less popular songs from artists. Lastly, Artists Only suggests music from your chosen artists.

Pandora is also well known for its Music Genome Project that sets the bar high for music discoverability. The app can draw from a pool of songs that have been analyzed by musicologists to find the best match for your favorite tracks. Pandora says its experts take into account 450 musical attributes to categorize similar songs.

In terms of parental control, Pandora has an easier way to activate the explicit content filter compared to Spotify. You just have to switch one button on the app to apply the account setting on all your devices.

In this Spotify vs Pandora competition, music discoverability-wise, Pandora has the advantage here for it made recommendations more personal and accurate through the experts’ picks.

As the popular saying goes, music is the language of the soul. In that matter, Spotify takes social interaction via music up a notch by letting you make playlists with your friends on social media, including Facebook and Twitter. You have the option to search for friends, and view their playlists and listening history on Spotify.

Pandora also works with Facebook and Twitter and allows you to preview friends’ Radio Stations and songs.

Spotify gets another point in this Spotify vs Pandora battle in terms of social integration. It’ because Pandora does not let you collaborate on playlists and share your music history list.

Let’s examine the user interface of Spotify and Pandora on mobile. Spotify has a dark theme where customized, genre-specific, and recommended playlists appear as tiles on the home and search screens. In the Your Library tab, the playlists appear as a list of songs with album art.

Pandora, on the other hand, has a blue-and-white default interface. You can also view music by categories and in tiles like Spotify. When you open a song, though, aside from the basic information, including title and artist name, you can see the song’s data from Pandora’s Music Genome Project. There is also a My Collection tab, a counterpart of Spotify’s Your Library, where you can view the music you can add just by tapping the plus button.

Based on the looks, Spotify’s dark mode can help users save on phone battery, although this could just be a minor consideration for many. Ease of use considered, both apps are fairly organized in terms of categories and tabs. In this Spotify vs Pandora UI comparison, Spotify wins by a hair strand.

Spotify vs Pandora: Which Is Better?

Now that we have compared Spotify and Pandora through various features, it’s time for the verdict.

Spotify gives you the better value here. It has won by a small margin, though. The features where it got an advantage might not matter with other users, in some cases. This just means it is still you who must weigh in which the better music streaming app is based on the features that matter to you the most, and your listening preference and habits.

For instance, you just prefer to listen to popular songs, only want the free plan, or enjoy to socialize through music, then Spotify will suit you better. If you are someone who prioritizes discovering new songs and fellow audiophiles’ picks, then Pandora is the one for you.