Cloud gaming technology was introduced way back at the turn of the millennium at the E3 2000 event, but it wasn’t until the late 2010s that we saw it in full swing. Although the new gaming method is still shaky with Google Stadia shutting down in January 2023, other cloud gaming services like Xbox Game Pass and PlayStation Now really began to disrupt traditional methods of getting games to players through disks and digital downloads. Now that cloud gaming has been around for a while, let’s take a closer look at the pros and cons to determine whether such a gaming method suits you. 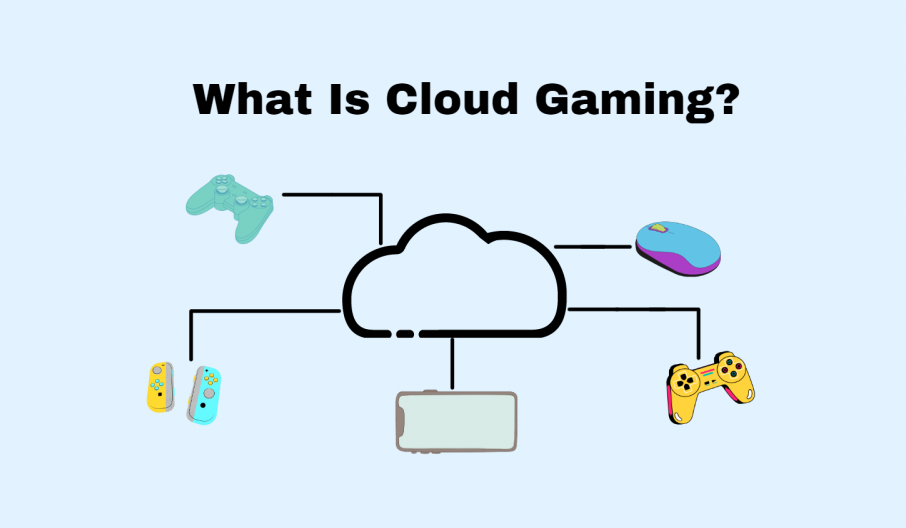 What Is Cloud Gaming?

The concept of cloud gaming is simple. Instead of buying a disk or downloading your game and playing it on your device — be it a console, PC, or mobile — you simply stream the game and play it over the internet. That’s right, just as you stream films on Netflix, video content on YouTube, or music on Spotify, cloud gaming services let you run games on remote servers and stream them on your device.

This opens up a whole new world of possibilities, as it means your device no longer needs to do the computationally intensive rendering and processing of the game. Instead, another computer in a remote server will be doing that for you. Meaning your device only needs to worry about displaying the game and tracking your inputs.

While this means you won’t need any crazy computer parts—you’re actually able to stream AAA games on mid-range smartphones—it does rely on a strong, consistent internet connection to transfer all of the information.

With a basic understanding of what it is under our belt, let’s take a closer look at the pros and cons of cloud gaming.

Because games are not downloaded or run locally on most cloud gaming platforms, you are not limited by your platform, specs, or personal catalog of game disks. Pair this with the fact that, like other gaming subscription services, cloud gaming services often have a huge number of games to choose from and you may just find yourself surrounded by some of the largest on-demand gaming services out there.

If you are someone who likes to explore and jump on different gaming genres, cloud gaming may be a huge blessing. Even better, no download times!

Con: You Don’t Own Your Games

Owning a physical disk or a digital file means you can access an experience whenever you want. Even if your internet isn’t working. With cloud gaming, you don’t have this liberty. Not only do you rely on constant internet connectivity to access titles, but you rely on the service keeping the game on its servers. If you’ve ever used other streaming services, you know that certain items can be taken down without a moment’s notice.

Subscription models are double-edged swords (I’ll get onto that in a moment). But their blessing is that you can pay a fraction of the price of one product, for access to loads more. This means that cloud gaming services are great for players wanting to try out a bunch of titles!

That said, subscriptions aren’t for everyone. If you only play one or two games at a time, or simply take a long time to finish games, subscription models can turn out to be much more expensive than simply making a one-time payment for those few games.

This also makes Cloud Gaming less helpful for those who play free-to-play titles, such as Overwatch 2. Speaking of which, if you’re looking to get ahead in Overwatch 2 or your favorite online title, head over to ElDorado to get Overwatch 2 boosting, Overwatch 2 accounts, and much more!

Can’t afford a strong computer or a current-gen console? No problem, cloud gaming takes all the pressure off your device. As already mentioned, cloud gaming works by running all of a game’s processing and rendering on an external device with your device simply displaying (streaming) the outcome.

This means that you won’t need to spend money on expensive, specialist gaming devices in order to enjoy even really demanding games.

Con: It Punishes Those With Bad Internet

While you might not need strong hardware, you will need strong and consistent internet. This is because all of the content will come at you over the internet. Thus, if your internet is poor or inconsistent, you may have an incredibly frustrating experience with Cloud Gaming.

On the topic, it’s also worth mentioning that this makes Cloud Gaming somewhat exclusionary, given it will only work optimally for certain people—most likely from wealthier nations and neighborhoods.

The greatest benefit of this is that you can choose which device you stream to. Whether that be your console, your PC, your mobile, or any other platform which supports the streaming service you are using.

This opens the floodgates to cross-platform compatibility and creative play. For example, you could be enjoying your favorite title on your console one night, and then stream the exact same AAA experience onto your mobile on your commute to work the next morning!

Con: It Could Lead to In-Game Advertising

Because your game is streamed to you, the cloud gaming service has total control over how that relationship works. That means we may slowly see advertising creep in exactly the same way that, over the years, advertising has crept onto Spotify, YouTube, and even paid video streaming platforms.

This could mean that down the line, companies could implement sponsored advertising portions during load times or even directly into play sessions. While we are yet to see this happen, it’s not hard to imagine given the trajectory of other streaming services

Cloud Gaming is an exciting technology that is revolutionizing how we play games. However, as this article has discussed, it isn’t necessarily the best choice for everyone. Fortunately, most cloud gaming services are relatively cheap to try—meaning that if you’re still on the fence about whether it’s the way you should be playing games, you can give it a go without investing a huge amount of capital.