PlayStation 2, widely popularized as PS2, is among the most sought-after gaming consoles of its era. With sales reaching up to 155 million units, it is indeed one of the undisputed overlords in the realm of home video gaming systems.

Presently, independent developers have made unwavering efforts in reliving the glory days of PS2 gaming by coming up with what we now call ‘PS2 emulators’. These apps simply allow gamers to run PS2 games directly on their Android phones and even PCs, instead of just being limited to gaming consoles. With this progress, you don’t need to blow up those cartridges or clean those game discs anymore just to reminisce about the experience of playing classic PS2 games such as God of War II, Kingdom Hearts, and GTA: Vice City.

But before we dive into the games, let us check out first how a PS2 emulator really works.

What is a PS2 Emulator?

Perhaps you may be wondering, “how will PlayStation games run on your phone or PC?” Technically, it is implausible to run any PS games directly on mobile phones or desktops due to its different hardware and software architecture.

This is the main reason why developers come up with the idea of creating emulators. Simply put, emulators act as a bridge and mimics a gaming console’s capabilities, from its controls to its graphics — thus allowing you to play and enjoy your favorite console games on your PC and phones.

If you are a fan of the first generation of PlayStation, there are already PS1 emulators for Android phones that you can check out. Much recently, PS2 emulators are swarming the Internet domain — catching the keen eye of gamers and enthusiasts alike.

How to Use PS2 Emulator on Android?

Firstly, let us know some of the technical terms related to PS2 emulation. Basically, PS2 games for emulators are called ROM. ROMs are created in an ISO file format and will become the game itself. You also need to download a BIOS specifically tailored for PS2. You can play PS2 games without the need for the console as long as you have a PS2 BIOS. Also, without this BIOS, you cannot run PS2 games on your Android phone.

Using a PS2 emulator for Android phones is fairly straightforward. Simply follow these steps to start:

This may be one of the Frequently Asked Questions (FAQs) related to PS2 emulators nowadays.
Technically, any types of emulators are considered legitimate. What it does is simply imitating the hardware of gaming consoles then turn it into a software. While console manufacturers detest this, there can be no legal responsibilities if you download an emulator yourself. However, most emulators don’t include games and you have to download ROMs by yourself. If you already own an original version of the game, then great. But, you cannot distribute or download a copy of it using third-party vendors because it’s a form of piracy that one is prohibited by the law.

The Best PS2 Emulators for Android

Perhaps you are looking for the best PS2 emulators for your gaming pleasure. Here is our list of best emulators for your Android phone. Do take note that not all emulators listed here are Google certified. The hardware of your phone and the emulator itself will dictate the performance of the games. 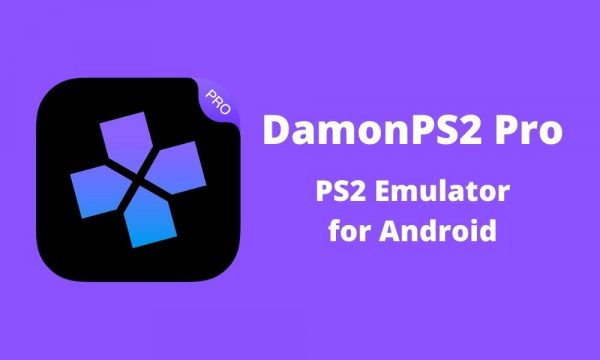 DamonPS2 could be the closest thing you can get to a real PS2 gaming experience using your Android phone. Being the first PS2 emulator was published on Google Play Store, DamonPS2 immediately set the gold standard for mobile PS2 emulation. It boasts a swift and fast performance that can run 90% of the PS2 game catalog. Moreover, avid PS2 fans will also surely love its widescreen gameplay, NEON acceleration, multi-threading, and control mapping features. However, you would have to subscribe to DamonPS2 Pro to get hold of these awesome features. If you don’t mind spending some bucks for an emulator, then DamonPS2 Pro is clearly the best one for you.

Play! is another popular PS2 emulator that is suitable for almost all Android devices. It enables 128-bit gaming without the need to download a PS2 BIOS, thus occupying less space and less hassle on your Android phone. However, there are no major updates or overhaul for Play! since 2017, hence support for this app is fairly limited. You may also experience occasional lags here and there. Nevertheless, it’s still a good PS2 emulator for your Android phone and it’s free to download on Play Store.

Formerly known as PTWOE, PPSSTWO is another PS2 emulator compatible with your Android phone. This emulator is constantly updated, so you don’t have to worry about the incompatibility of your game titles. However, the BIOS issue is still bugging out this emulator.

Alternatively, you can download this emulator through their website. There are two versions of this app which relatively differ in stability, user experience, and speed. You can either download the faster version that can handle most of the PS2 titles, or the more stable version that is less prone to crashes.

You can download this emulator for free on the Play Store.

RetroArch is widely known as an emulator for retro gaming systems, PS2 included. You can download PS2 plugins, called “cores”, from their emulator. RetroArch is pretty stable especially for lightweight games like Lego Star Wars, Ico, and Tekken Tag. However, this emulator comes with a limited number of cores for PS2, so do not attempt to play heavy games using this one. It may not be able to support hard-core games that you have come to love in PS2 but it has a collection of equally entertaining games you can play upfront.

This app is free to download on Play Store.

Don’t get fooled by its name though, but Pro Playstation is an emulator that replicates a PS2 console. It helps you save your progress, has excellent GPU rendering, and can even support external controllers. This, by far, is your best shot at playing PS2 games on a midrange phone since it is optimized to run even with entry-level devices. That aside, it simplistic UI is one thing you would love. At the moment, Pro PlayStation is not available on Play Store but you can download it on third-party sites.

If you want an emulator that will open your ROMs in a breeze, then Golden PS2 is the right one for you. What makes this a cut above other emulators is its capability of stretching your game screen to a 16:9 aspect ratio — giving you the feels of playing in front of a TV, but using only your Android phone. It also supports multi-threading and NEON acceleration which is why opening your games is blazingly quick. Similar to Pro PlayStation, this fairly impressive PS2 emulator is not yet available on Google Play Store.

Now that you already know what emulators you can use, let’s check out where to download your favorite PS2 titles to play. As mentioned earlier, old school PS2 ROMs will not run instantly on PS2 emulators as they are encrypted to work for the actual console. Using an ISO file and PS2 ROMs BIOS will get the work done, but learning how to decrypt them properly takes extra effort. You can easily find PS2 ISO over the internet instead, but we don’t always recommend this as it’s a form of piracy. For informational purposes, here are some websites where you can download games for PS2 emulators.

Perhaps the most popular site for your PS2 game fix is CoolROM. It has your classic titles like GTA: San Andreas, Dragon Ball: Budokai Tenkaichi 3, and Final Fantasy X. It carries games from other consoles too, like PS1, Atari series, and Gameboy Advance.

Emuparadise is one of the pioneer websites that carry game ROMs. Browse the latest PS2 ROMs with this website and find familiar titles easily. Just search and download your favorite games directly to your phone.

Another website that offers a ton of PS2 ROMs is RomUlation. It features games that can run smoothly on your PS2 emulator. They also constantly update their catalogs, so you can get the latest with the PS2 games.

Vimm’s Lair contains the perfect US version of every PS2 game. You can directly download any emulators and games on this website. Just tap on your game and it will be downloaded directly to your phone.

RomHustler offers an extensive array of PS2 ROMs on their site. You can easily find and download your games by searching it from the homepage.

We simply cannot contain our excitement in playing our beloved PS2 games again using only our Android phones. The process might be confusing for some, but it surely is worth your while. There might be some problems and errors you will encounter along the way which might ruin your gaming experience, but as they say “no problem is without a fix”. So, here are some troubleshooting tips you should know before playing any PS2 games on your emulator.

Try checking if you have downloaded the PS2 BIOS. Trace where the BIOS file is placed if you still experience errors. It should be located in the “Data” folder of your emulator. Also, make sure that you are opening an ISO file on your emulator. If it is contained in a compressed folder like ZIP or RAR, extract it using a zip extractor like ZArchiver to open the ISO file.

Some occasional frame skips can be experienced within the game because of the complicated software architecture of PS2 games. You might want to try out some lighter titles if the lag is truly bothersome.

PC Emulator vs Android Emulator: Which Is Better?

There are PS2 emulators specifically made for your PC and your Android phones. These emulators function similarly to each other. One might ponder, “Which is better? A PC emulator or phone emulator?”

A number of factors can affect your gaming experience when it comes to PS2 emulators. Most of the smartphones today can handle intensive games. You also don’t need to tweak most of the control placements or remap them since most of the emulator layouts look like PS2 controllers. It’s like playing with a PS2 without the need for the console itself.

Indeed, the PS2 remains one of the most loved consoles in the history of gaming. It popularized most of the games that both young and experienced gamers are familiar with. No doubt about it, the PS2 is something very dear to our hearts that a true gamer would miss. Thanks to developers, PS2 games have resurfaced from oblivion and literally made a comeback. Now, we can relive our fond PS2 gaming memories using only our Android phones. Most PS2 emulators are still work in progress, so expect some slight drawbacks.

Can PS2 Games Run on Any Android Phone?

In theory, as long as you have downloaded the right emulator, you can run PS2 games on your Android phone. But currently, only phones with flagship specs such as the Samsung Galaxy Note 20 Ultra, OnePlus 8 Pro, Google Pixel 4, and Huawei P40 Pro can run these games smoothly. So, check if your Android phone has flagship specs like Snapdragon 865 or Mediatek Helio G90 chipset in it so you can play these beloved classics.

What Titles Can I Play With PS2 Emulators?

You can play basically any PS2 games on your Android phone. Just make sure that you have downloaded the right PS2 emulator and the PS2 BIOS. And again, ensure that the specs of your Android phone are capable enough of handling the intense games of PS2.

Can I Play the PS2 Emulators on My TV?

Terraria Potions: How You Can Make and Use All of Them

Apex Legends Mobile Beta: All the Things You Should Know

Dead by Daylight Perks: The Best for Killers and Survivors Ranked

13 Best Stardew Valley Mods for Your Dream Farm on Android

13 Best Wireless Earbuds and Headphones for iPhone in 2021