If there’s something that most gamers agree that they don’t want to deal with, the answer is the Grind. This is the term for the amount of time they use to gather resources in-game. It typically takes a long time to get these resources, unless you use Android game hacks.

Hacks are as old as code. Hacking usually entails finding ‘holes’ in the system. Or making new ‘holes’ to allow your hacking efforts through. Some people crack open the games themselves to see the holes. While others use programs to do the heavy lifting for them.

This is true for all types of games, whether for PC, console or mobile. In this article, we’ll teach you all the tips and tricks for hacking your smartphone games. But first…

Before you use Android Game Hacks

Hack games at your own risk. Some people do it for fun, others to get an advantage in the game they’re playing. But developers are always finding ways to stamp these out. Especially ones with PVP aspects. If you’re attempting to hack a game with PVP and internet requirements, do so at the risk of getting banned.

Bans are one of the ways that developers can remove hackers. Especially the overt ones. You might be able to avoid it using more subtle means of hacking. Even then, we recommend that you have some experience with code before you do this. We don’t advise beginners to do so, as there’s high risk involved. You might end up losing valuable progress in your game or worse.

What are “Rooted” Phones and Why are they needed for hacking?

A typical Android phone has limited performance in some aspects. Most notably on their performance and battery life. ‘Rooting’ your phone is usually the solution to this. But what is ‘Rooting’?

Rooting an Android phone involves accessing the root menu of the device. Through this, you can gain full control over said device and access to backup data

Through this, we get full customization capabilities on your smartphone. You can install apps that are usually incompatible with it. Add new features, improve performance, and more. As an addition, you can also use many types of OS through ROM control.

But there is a disadvantage to rooting your phone. One of the most blatant is the ineligibility of warranty. If your phone has a factory defect, and within two years of sale, you can ask the manufacturer to replace the phone. But if they discover that you’ve rooted your phone, your warranty becomes obsolete. You also won’t be able to get automatic software updates from the manufacturer.

Next is the fact that a rooted phone is vulnerable to various types of malware. An unrooted phone’s OS has various measures to prevent them from infecting your phone. Rooting said phone will remove these measures. This leaves your data vulnerable. For added protection, consider getting a gaming VPN.

As we said, it’s up to the user if they want to do this. But for those that do, and those that want to use a rooted phone to hack games. Before that, however, we need to discuss which games you can hack into.

Android Games you can hack

There are some apps listed here that you can’t use on server-side games. This is because they tweak a game’s system memory to get (usually) infinite resources and add mods. Also, apps that can hack server-side games are rare. These games usually have updates that fix vulnerabilities and prevent hacking. So, without further ado, here are some hacking apps for your perusal.

To date, GameGuardian is one of the best Android game hacks out there. For one, it’s a memory and value scanner that offers a lot of functionality. For instance: speed hacks, resource, and stat manipulation, and unknown value scanning.

The caveat for all this though is that the app is no beginner-friendly. You’ll have to practice to use this and to know which value is which. Or else you’ll screw up and turn your 50 million gold to 1500 because you screwed up in putting in values. Other than that though, GameGuardian is an incredible hacking app for those that know how to do so.

Freedom APK is another incredible hacking app. But in a different way to GameGuardian. The app gives hackers the ability to simulate in-app purchases for $0. Now for games with Premium Currency, this is a godsend. This allows them to get as much premium currency as they want. And not bother with paying for it by editing data stored in your device. Pretty nice all told.

Initially a PC hacking tool, Cheat Engine now makes the transition to Android. And without a doubt, excels in hacking most android games as it did with PC games. Cheat Engine can be used in two ways on Android: 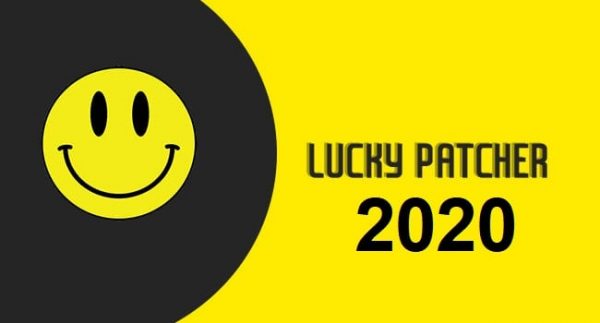 Lucky Patcher allows you to install and manage apps on rooted devices. And also to install new system apps. It also allows you to patch APKs to remove ads, emulate levels, get premium apsalese rewards and more. Do note that most of these can only be done on a rooted phone. And Lucky Patcher’s capabilities are limited in unrooted ones, so there’s a higher risk.

Xmodgames is a launcher. But it’s not an ordinary one. It allows you to enable cheats and install mods on a lot of games currently out. Not only that, but it gives you the ability to use bots to mitigate the grind that some games have. Farming Game Currency? Use a bot. Farming items? Use a bot, et cetera. Xmodgames is a nice alternative to directly downloading modded APKs from other websites.

There’s a downside to this though. Some online games are starting to catch on. And now actively ban people who have this app on their phones even if they haven’t used it in their game. Like all the methods and apps here, use this at your own risk.