Google’s dominance isn’t felt in the world of computers alone. It has also spread its innovation in cellular service, thanks to Google Fi. It is a front runner when it comes to providing the best cellular network with inexpensive mobile plans. If you’re a digital nomad, Google Fi’s service is an excellent choice for your lifestyle. However, not all phones are made for or compatible with the Google Fi service.

If you’re wondering which Google Fi phones are best for you, this is the place to read. We will not only list down the best Google Fi compatible phones but also provide you with a comprehensive understanding of the whole Google Fi ecosystem.

What Phones Are Compatible With Google Fi?

Mobile phones that work with Google Fi can be categorized as “Compatible With Fi” and “Designed for Fi.” For your awareness, these two aren’t the same. For compatible-with-Fi phones, you won’t fully enjoy the perks and features of Google Fi. You will still have T-Mobile’s service and international roaming, but you can’t call or text using Wi-Fi networks, depending on your phone’s brand and model. Also, no network switching for compatible-with-Fi phones.

Here are some of the best phones that are Google-Fi-friendly, regardless if they’re a “Designed for Fi” or a “Compatible With Fi” phone: 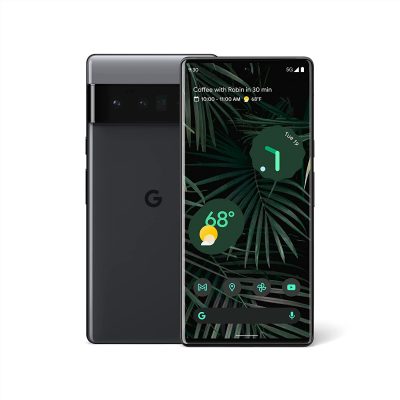 This should not come as a surprise — if you want a mobile phone that runs seamlessly with Google Fi, then get a Pixel phone. Of course, your best shot would be the latest Pixel 6 Pro. It is Google’s most ambitious iteration of its smartphone line to date, implementing an almost complete redesign of the Pixel 5. The result screams nothing but premium.

A departure from its predecessors, Pixel 6 Pro is the first to use Google’s Tensor processor paired with Titan M2 for security and data privacy. It also has a massive memory at 12GB, making its performance smoother than ever.

The only downside of Pixel 6 Pro is that it’s a bit on the pricier side. It has a cheaper version, which downgrades the memory and battery.

Moto G Power (2021) is one of the suggested Motorola phones that you can purchase if you’re planning to switch to Google Fi. It’s labeled as a “Designed for Fi” phone; therefore, you will definitely get the full perks and features of Google Fi with Moto G Power. The “Power” in Moto G Power is synonymous with its most remarkable feature – its battery capacity. It has a 5,000-mAh battery capacity that you can use within approximately two to three days of minimal use. 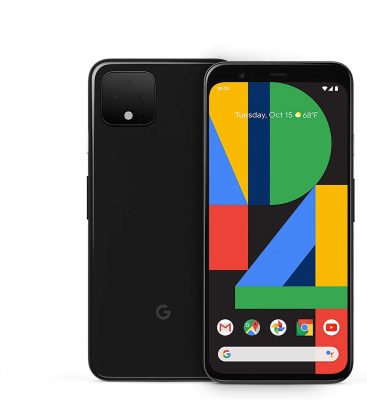 If you don’t mind getting an older version of the Pixel smartphone, then Google Pixel 4 XL is one of your best options. Built with a 6.3” display and running on the Android 10 operating system, Google Pixel 4 XL comes with a Snapdragon 855 processor, providing seamless and more efficient system performance.

Aside from Snapdragon’s 855 processor, Google Pixel 4 XL has 6 GB RAM as well as 64 GB internal storage. It integrates a dual rear camera system, including a 16-megapixel main camera and a secondary sensor featuring a 12-megapixel camera perfect for taking pictures. In terms of battery capacity, Google Pixel 4 XL has a 3,700-mAh battery, and you can charge it by using USB Type-C. 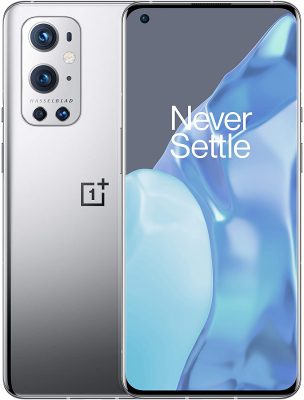 Another noteworthy flagship device that is compatible with Fi is the OnePlus 9 Pro. It has hardware that can definitely compete with other flagship devices from traditional brands. OnePlus 9 Pro integrates the best display. Thanks to its 120 Hz refresh rate, it is rich in colors for its price.

Aside from hardware and display, the OnePlus 9 Pro has exceptional specs. You can make it one of the most efficient and smooth performance phones with an inexpensive price range. The all-new and improved camera of the OnePlus 9 Pro has a new primary sensor for excellent image quality. It’s a little behind from other flagship brands. However, it is reasonably priced and provides a lot of features in other aspects. 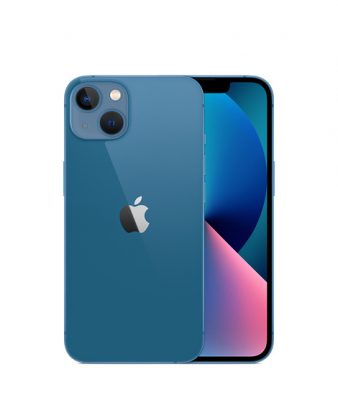 If you are an Apple aficionado and you’d like to switch to Google Fi, then Apple’s iPhone 13 is one of the suitable “Compatible With Fi” phones for you. To work well with Fi, your iPhone must have iOS 12 or higher. iPhone 13 has a 6.1” display and a dual-camera system with 12-megapixel capacity for both primary and secondary sensors. For selfie lovers, you’ll enjoy the 12-megapixel front camera of the iPhone 13.

In terms of performance capacity, iPhone 11 runs on the A15 Bionic processor and built with 4 GB RAM and at least 128GB internal storage. It is also powered with a 3,240-mAh battery and is compatible with fast charging.

Another “Compatible With Fi” phone is Samsung’s player, the Galaxy S21. Galaxy S21 supports 5G connectivity, making it one of the best Google Fi phones available. It features a 6.2” display integrated with a 60/120 Hz refresh rate. Samsung Galaxy S21 is powered by Snapdragon 888 (US/China) Samsung’s Exynos 990 (international). Aside from that, it is combined with 8 GB RAM and at least 128 GB internal storage. Galaxy S21 is the most powerful Google Fi-compatible phone from Samsung.

With a Google Fi subscription, customers will enjoy three service providers in one comprehensive SIM. As a mobile virtual network operator or MVNO, Google Fi utilizes the network coverage of Sprint, T-Mobile, and U.S. Cellular. Google Fi’s service consistently looks for the network provider with the best and stable signal speed and strength. Once it identifies the better network, it automatically connects to that service provider.

Aside from mobile data service, Google Fi also utilizes a Wi-Fi network. This is to provide you with a stable and reliable internet connection anytime, anywhere. It connects to available Wi-Fi hotspots with an encrypted connection through its integration with auto VPN features. Texting and calling transitions between mobile networks and Wi-Fi services.

For registration, you should visit Google Fi’s official website. The first step in registering for a new Google Fi account is choosing which plan works best for you. You can choose between the $70-per-month Unlimited plan or the $20-per-month Flexible plan. Once you’ve selected a suitable Google Fi plan, the site will let you choose the mobile device you’ll be using. It’s either you’ll use your current device or purchase a smartphone designed for Fi.

If you prefer using your existing device, Google Fi will ask for your phone’s manufacturer and model. Once it determines its compatibility, you will see a detailed comparison of your phone as a “Compatible With Fi” vs. “Designed for Fi.” You will see an overview of your Google Fi’s plan inclusions, depending on your mobile device’s brand and model.

How to Configure Your Device With Google Fi

If you already have an existing Google Pixel smartphone, then everything is good to go. It’s an excellent smartphone that works well with Google Fi without additional configurations. It already includes an eSIM that is compatible with Fi. Through eSIM, you can easily use Google Fi on a Pixel phone without the physical Google Fi SIM.

If you have a smartphone that isn’t compatible with Fi or a Pixel phone isn’t your preferred option, then you can choose from a list of Designed for Fi phones from Google Fi itself during the registration process. You can select your preferred phone through Google Fi’s phone selection. One of the advantages of purchasing a new phone from Google Fi is that you will receive an unlocked phone. That way, even if you decide to cut off your Google Fi subscription, you can still use it with other mobile carriers.

Now that you’ve completed everything, from the sign-up to the configuration of your device, you can now use your Google Fi-enabled phone freely. Similar to other network providers, you can call, text, and use your mobile data, except you’re powered by three major networks and Wi-Fi service.

Google Fi is also integrated with a Wi-Fi Assistant feature. Through this feature, your smartphone will constantly search for available Wi-Fi networks. It also automatically connects via automatic VPN. Thus, with Google Fi, you don’t have to worry about your safety and privacy.

Switching between networks happens in the background. Thus, there is no need for you to constantly check your phone and do the network switching. Google Fi will do the job for you. If you’re calling someone, there will be no call interruption even if your phone switches between Wi-Fi services and cellular networks.

The only downside of using a “Compatible With Fi” phone instead of a “Designed for Fi” phone is that there is no network switching feature. You will only have T-Mobile cellular service and you won’t also enjoy Google Fi’s VPN integration. However, other services will still be available. Services such as international roaming, billing, and other miscellaneous. If you want to completely use Fi’s features, it’s either you’ll purchase an eSIM-enabled Pixel, or a “Designed for Fi” smartphone.

Simplified billing is Google Fi’s most significant feature. If you want to see how much data you’ve consumed for the month, or access your billing subscription, then you can download Google Fi’s mobile app for a more comprehensive experience.

The most obvious difference between Google Fi and Verizon, Xfinity mobile, and other cellular networks, in general, is the type of network that it uses for mobile data as well as the service provider. Google Fi is classified as a mobile virtual network operator or MVNO. It’s the most popular MVNO of its kind. Google Fi doesn’t have its own wireless network infrastructure for providing cellular network or data services to its customers. As a result, Google Fi offers affordable mobile data, text, and call services utilizing Wi-Fi and cellular networks.

Since it’s an MVNO, Google Fi doesn’t have to spend a hefty amount of money for infrastructure development and maintenance. Other cellular networks are more expensive since they have and maintain their very own network infrastructures, cell towers, and other miscellaneous services for providing their services to people.

The only downside of Google Fi as an MVNO is deprioritization. For example, if you are in an area where Sprint has peak schedules, you’ll automatically be disconnected from Sprint since the network will prioritize its paying customers first. As a result, it comes as an inconvenience for some people.