If you’re like us, you’ve probably fiddled with screens and monitors since you were young. From cathode-ray tubes (CRT) in the ’80s to liquid crystal displays (LCD) and plasma display panels (PDP) in the ’90s and 2000s, we’ve all been deathly scared of our devices developing a screen burn or worse, a dead pixel. As phone manufacturers are slowly switching from LCDs to active-matrix organic light-emitting diode (AMOLED) displays, the fear of burn-ins continues. In this article, we’ll explain the differences between OLEDs and LCDs, how screen burn-in affects them, and what you can do to prevent it.

What Is a Screen Burn-in?

The lucky majority have probably never had the experience of having a screen burn-in with any of their screens. For the unlucky few that have, screen burns are the worst thing you can have from an actual dead screen.

First off, what is a screen burn-in? Burn-in is a term that originally came from old CRT screens. Due to being made out of phosphor compounds, continued and prolonged display of images or similar-looking programs would cause it to slowly degrade. This degradation would cause the screen to display an uneven image quality or, at worst, have an imprint or “ghost image” burnt onto the screen.

The “screen burn-in” term was adopted for LCD, Plasma, and OLED screens. Although things don’t actually get “burnt” since the mechanics of the newer screens are different, similar effects rarely occur.

Burn-ins are quite different from other problems users experience, like black screens on iPhones and cracked screens on iPads. Both problems, though, may be a result of physical or water damage that could also result in burn-ins. 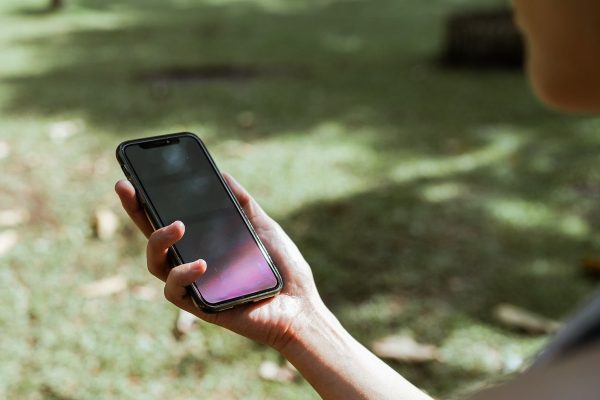 Before we go on with methods to prevent and “cure” burn-ins on modern screens, we have to explain the difference between image retention and burn-ins for modern LCD and OLED screens since some use them as similes. Simply put, the main difference is that image retention is temporary while screen burn-ins are permanent.

A good analogy for image retention would be when you look at a very bright light source for a second or two, and your vision is partly white but goes back to normal after a few seconds. Comparatively, burn-ins are like when you accidentally shine a strong laser into your eye, and you end up partially blind in that eye forever.

Screen Burn-ins with LCDs and OLEDs

Now that you know the difference between image retention and screen burn-in, you should also know why either of them happens on LCDs and OLED devices. Mechanically and chemically, both of them work very differently. Here’s a simple explanation of their differences.

Color LCDs do not have phosphor and are less susceptible to screen burn-ins but are more likely to have image retention. These screens are made of several layers. The main outer layer is a polarizing film, while important inner layers include the liquid crystal, electrodes, and a reflector or a backlight. “Cells” of these layers are sometimes permanently or temporarily unable to “relax” due to displaying a static image. These “unrelaxed” cells then display as discoloration or ghost images on the screen.

OLED screens, meanwhile, are made with phosphor compounds and are more likely to develop burn-ins compared to LCDs. Similar to LCDs, the smallest part of these screens is the OLED cell which consists of blue, red, and green LEDs. These three colors mix together at different luminances to give you a sharper image. Because they are used in different combinations, the three colors degrade at different rates as well.

Out of these, blue LEDs have a weaker luminosity and need to be at a higher current to keep up with the other two. This leads to older OLED screens having a greenish-red tint and burn-ins for more heavily used areas.

Things You Can Do About Burn-ins

You now know what they are and why they happen, so what can you do to avoid and prevent burns? Fortunately, there are a lot of ways you can prevent burn-ins and keep your smartphone screen healthy. Sadly though, there aren’t really any ways to undo smartphones that have already fallen victim to screen burn-ins. Don’t despair yet, because there are ways to reduce its impact on your screen depending on how severe it is.

There are a few good methods to prevent both image retention and burn-in on LCD and OLED phones.

1. Keep Your Phone Brightness at a Reasonable Level.

The lower your brightness settings, the better it is for your phone. Keeping it low lets it use less current, which lessens the load on your screen and degrades components slower.

2. Turn on or Shorten the Time for Your Screen Off-Timer.

If you’re not using your screen but have it on, it displays a static screen which is bad for your screens’ lifespan. All modern smartphones come with automatic screen off-timers that you can usually find in your phone’s settings under the “Display” tab.

3. Use Immersive Mode for Compatible Apps on Android Phones.

This hides the status bar on top and the navigation bar at the bottom. Some Android launchers like the Smart Launcher 5 have a similar mode that automatically does this.

Similar to the first guideline, enabling dark mode helps lessen the stress on your screen. We have a guide on turning dark mode on for devices on iOS 13. Aside from your smartphone system, specific apps also have their own dark mode. A more in-depth explanation of how to enable dark mode on Instagram, TikTok, YouTube, and Facebook is available.

5. Get Used to Gesture Navigation.

A good way to remove permanent buttons on your screen is to switch to gesture navigation. This saves the parts of the screen from permanently displaying the buttons at their static spots.

It’s good to turn your phone off once in a while to let the entire device rest. This is also a good idea when you’re charging the phone as it helps your battery have a healthy lifespan.

Things to Do After a Screen Burn-in

Although there aren’t a lot of methods to really “fix” a severe screen burn-in, lighter problems could be solved by these few options. Be warned that the second and third options may wear down other parts of your screen to “correct” and “balance” it with the burn-in.

There’s a chance that if you let your phone rest for a few hours, it may lessen the impact of screen burn-in. This change may be due to your burn-ins being long-lasting image retention instead. Turning off your phone also works for LCD screens. This works because a powered-down phone may help in “relaxing” its cells.

If the first one doesn’t work for you, you should try one of the screen corrector apps available. A wide selection of apps is available for Android users on the Google Play Store, including the LCD Burn-In Wiper or the Screen Burn Fixer apps. For iOS users, however, the most popular is the Doctor OLED X app by Robin Bollen for $0.99.

An alternative to the second option, you could try to use a video to correct your screen. We suggest using the videos on the Screen Burn Fixer website as they have a handy list with different resolutions for most of the common smartphones on hand.

If all else fails and the burn-in has become that distracting, you’ll have no choice but to have your smartphone serviced. Before taking this choice, you should see if screen burn-ins are covered by your phone warranty as replacement is usually expensive. Most companies, however, don’t consider burn-ins as part of their warranty policy.

Protect Your Screen From Burn-ins Today

In 2021, most major smartphone manufacturers like Google, Apple, and Samsung have already switched their phones from LCD to OLED and AMOLED displays. While these new displays are more likely to get burn-ins compared to LCDs, your phone developing screen burns is quite minuscule.

You’re more likely to use your phone to obsolescence compared to actually having that problem during your phone’s lifespan. This is especially true if you’re going to get some of the best upcoming smartphones since phone companies have done their research to make their screens more durable and longer-lasting.