Map applications are a common need for those with a hankering to explore the world and see the sights. One can say that it’s a necessity. Maps.me is an app that not a lot of people know about due to the inherent popularity of Google Maps and Apple Maps. However, you might not want to sleep on its capabilities. It’s a great, underrated GPS navigation app. With the fact that you can download maps for offline view, and a ton of functionality behind the app itself, we’re here to tell you about Maps.me. and why you should be downloading it.

Maps.me also known as Maps.me is a mobile map app for Android, iOS, and BlackBerry that gives users offline maps through the use of OpenStreetMap data. It used to be known as MapsWithMe. However, in November 2014, it was gained by the Mail.Ru Group and became a part of its My.com brand. In September 2015, the app became open-sourced.

The application was first made by the Zurich-based MapsWithMe GmbH through its development office located in Minsk. When 2012 came around, MapsWithMe came in first in the Startup Monthly competition in Vilnius. The team managed to win a nine-week traineeship at Silicon Valley as their prize.

Come November 2014, Maps.me was gained by the Mail.Ru Group in order to be integrated with their My.com brand, and the app was made to be free of charge. The engineering team that made it was then relocated to the Mail.Ru Group office located in Moscow in order to continue working on the project.

How do you use Maps.me? 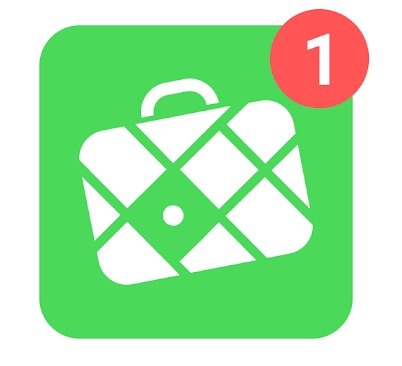 There are a few ways that you can use Maps.me to streamline your location finding needs. And here is quite possibly the best ways to do so:

If you’re preparing to travel to a place where you’re expecting to have little or no internet connection, select the “Download Maps” option on the app and you can add the area in question to an offline collection inside the app.  You’ll get fully functioning maps, even without any Wi-Fi or data internet. The only thing you’ll need is just the GPS of your phone. It’s a great tool for the time you’re either out of internet data, or in an area where there is little to no internet connection.

By selecting “Add Location“ on the app, you can add various locations like restaurants, hospitals, gas stations, or anything else that you haven’t yet recorded on the map in question. And thanks to the “open source” feature that the app has, you also ensure that other users will be able to know about it.

In addition, you can also send your current area and location through the menu in Maps.me. What is great about this is that your friends can see where you are even if they don’t have Maps.me in their phones.  It’s a great SOS feature if you find yourself unfamiliar about the area, or just a great way for people trying to meet up anywhere.

You can bring up 2 search bars by selecting the arrow button between two circles. Said button is right next to the magnifying glass search button right at the bottom of the screen.

Through this you can type in the starting point and ending point of your destination and see directions from any area.  You will get directions from locations other than your current location.  This helps you in choosing which amenities you wish to go for through viewing the distance to different marked activities and locales. When using mobile navigation apps while driving, it’s important to keep safe on the road. You might want to invest in a car mount so that you can navigate hands-free.

You also have the ability to scan the map for places of interest, and then tap select the map to obtain directions.  If you wish to remember where said location is, you have the ability to bookmark it by selecting the icon that appears on the bottom left corner of the screen.

Last but not the least, you can select the magnifying glass icon that is also at the bottom left of the screen to bring up the search page. Then type your selected destination in the top search bar.  Through this, you can see your current search history, or select a category of your choice to get local suggestions.

In lieu of this, you have the ability to plan the route you’re taking, AKA Turn-by-Turn Directions.

Like most popular navigation apps, Maps.me shows turn by turn directions. Honestly though, the directions compared to Google maps are not as great (We’ll talk about it more on the relevant section). The directions usually use the fastest route to said destination. However, they will not consider the various things like hills, tolls or more importantly, traffic. However, there are some bonus features on the app that might make you come back to it.

Firstly, it’s one of the apps that includes speed cameras on its navigation. This can and has saved people some time when driving in areas where there are automated speed cameras.

Secondly, and this is the main reason why people use Maps.me is that there is no need for internet data. I believe it is already mentioned several times already in this article, but it has to be said over and over again. If you travel outside of your typical area or switch your usual mode of transportation, you will already have access to maps when you download them, and you can also use them offline. No need to reload a new map.

Last but not the least, the trail maps that this app has are some of the best you’re going to get on any app. If you’re a trekker, you’ll often use a few different mapping apps when you head out on a trail run, long or short, just to be sure you’re staying on track. Maps Me will always endeavor to display accurate information of the trail in question and contains the most trail maps over other mapping apps that you’re going to see.

How do you download and install Maps.me on your phone?

You can typically download Maps.me on Google Play Store. It is available for free there so if you’re looking for an alternative to the typical Maps app, then you might want to try it.

But If you’re the kind of guy that wants to get an apk for various reasons, there are many websites to see that have the APK in question and other relevant files for Maps.me. Apksub, apkpure and Softonic are good choices in this regard. But since this is an app, they might not provide the relevant files you’re going to need for the app itself to automatically start. So you might want to still do a relevant update from Google Play Store after this. But still, it’s a good option.

There are many websites that you can download APKs from. Apkpure, Apksum, and apkmirror are some of the more reliable and trustworthy sites you can find. Be mindful of where you download your files, however. It’s handy to get an antivirus app before you browse through these sites.

Like on Google Play Store, using the search bar is a better idea. Compared to manually looking for the app itself. As it’ll just give you a list of relevant applications after the website finishes its search.

You would then have to select the download apk button after the page is done loading. This would cause you to go to another page.

The download would start after selecting the start download button that’s been indicated. Either that or it would ask you to wait for the download to begin. Typically, the apk isn’t that big in terms of memory, so if the app doesn’t work, consider updating it on Google Play.

Pros and Cons of using Maps.me

Maps.me is good at what it does. And what it does is pretty nice. For one, it’s probably said many times in this article already but its ability to retain a map of an area forever even when offline is particularly useful if you’re going to an area with no internet. Add to that with the various other amenities and capabilities that this app has (letting your friends know where you are even if they don’t have the app, adding in the various locales still not there at the map for other people to see, et cetera), and you have a great map application that people will use extensively.

However, with these pros come cons.

First would be the battery drain. Usually this wouldn’t be a problem. However, once you’re using turn-by-turn directions, the drain would be pretty substantial. As it will use your device’s GPS in order to lead you to your destination. Other peeves would be that there are some areas in the world that are not yet implemented into map form by the devs. Making it a wee bit annoying when you can’t download the map to your area.

Another con that the app has would be the fact that its navigation will be hampered if there are no speed cameras in the vicinity. It might not be that bad a hampering, but it’s something to keep in mind.

How does it compare to other Map Apps?

One thing that you have to keep in mind is that each app has its own strengths and weaknesses. For one, Waze is a great app when it comes to traffic data, surpassing Maps.me in that regard. This is because it gives near real time updates on a specific area’s traffic density. Meanwhile, like it was said earlier, Maps.me gives great value in the fact that it can save maps offline so long as you have the storage space for it. Each has its own uses, but it’s up to the user which one he wishes to use on a particular situation.

Vs. Google Maps and Apple Maps

Now Google Maps and Apple Maps are great map applications, that’s a true statement. They give a lot of functionality, are already installed and updated by Google and Apple extensively, and are in general, easy to use. Maps.me also has these. But as we’ve mentioned before, it also has the capability of downloading maps and keeping them forever. Which, as of time of writing, Google Maps and Apple Maps don’t have that kind of function. And while it’s true that they function just fine with just the in-built GPS that your smartphone has, it’s still a bit limited when you compare it to Maps.me. However, they do have a better UI and functionality compared to Maps.me. So again, it’s more about your preferred app than anything else.

Here WeGo is also a great map app, and Nokia has made the app work pretty well over the last few years. However, it comes into mind that the maps that Here WeGo provides tend to go from awesome, to mediocre on the usability scale. Some maps that the app has tend to be great when it comes to the functions it can offer the app, but also lacks some current staples like StreetView or 3D View. And it’s true, that Maps.me also doesn’t have these functions in their repertoire, but like we’ve said earlier, stored maps forever. That alone makes it a good map app to consider.

15 Best Over Ear Headphones for Audiophiles in 2021

How to Play Spotify on Discord With or Without Premium