We all know what Android and iOS are. They are two of the most popular, mainstream mobile operating systems for smartphones. But did you know that there is a third OS that has been making waves globally? Meet the KaiOS — powering feature phones with smartphone capabilities.

KaiOS is a web-based operating system for mobile phones based on Linux. Its developers copied the source code from Boot to Gecko OS (B2G) and created a new OS for non-touch devices. It was first released in 2017 by KaiOS Technologies, a company based in San Diego, California.

Its user interface is specifically designed for non-touchscreen phones with keypads. This is one of the reasons for its rising popularity. KaiOS lets people use modern apps like Facebook, YouTube, WhatsApp, and Twitter even if they don’t have smartphones. Additionally, it supports 4G LTE, VoLTE, GPS, and Wi-Fi for connectivity.

Since it’s a web-based OS, it has longer battery life than smartphones. It also has an optimized interface so it consumes less energy and memory. It can run on devices with only 256MB of memory, so it doesn’t require heavy hardware usage.

KaiOS is currently available in different markets around the world. It is popular in Asia and Africa and is the second most used OS in India. It is also available in Latin America, North America, and Europe.

KaiOS is currently available for feature phones only. Unfortunately, you can’t download or install it if your device isn’t KaiOS-enabled. Check out this list of KaiOS phones available in the market today: 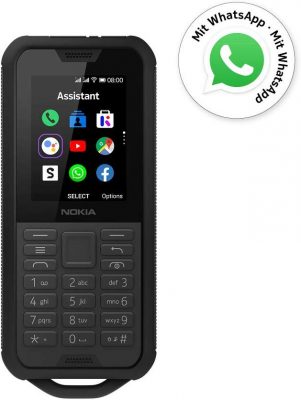 This phone embodies what Nokia devices are widely known for, durability and robustness. The 800 Tough is waterproof, dustproof, and military standard 810G compliant. At the same time, it can connect to 4G and Wi-Fi hotspots to access modern apps. It’s like going back in the early 2000s, but with modern phone capabilities.

Check out the Nokia 800 Tough on Amazon and get a cheap cellphone that is durable.

If you’re feeling nostalgic, the Nokia 8110 4G is the phone for you. An upgrade of its older brethren, this phone mixes the classic look of the 8110 with the features of a modern smartphone. If you’re a fan of portability, you’ll love this phone as it is small and lightweight.

Check out the Nokia 8110 4G on Amazon and get a classic design with a modern upgrade.

Another offering from Nokia, the 2720 Flip 4G is a KaiOS-powered device that looks sleek and classy. This phone is a good pick-up if you want a minimalistic design for your device. It also has the functions of a modern smartphone albeit being very limited compared to its bigger counterparts. The biggest draw to the 2720 Flip is that it is budget-friendly and goes from under $200.

Check out the 2720 Flip on Amazon and get a sleek and minimalistic smartphone that does not cost much. 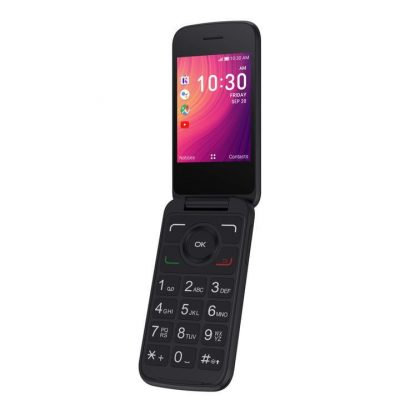 Imagine the flip phone that you’ve always loved before, but with smart features. The Alcatel Go Flip 3 supports HD calling over popular messaging apps. Moreover, it’s capable of LTE connection, so you’ll always have fast Internet speeds all the time. 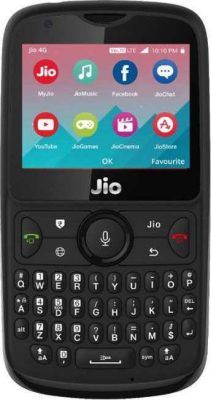 If you’re looking for a bigger smart feature phone, the JioPhone 2 is perfect for you. This Indian mobile brand has revolutionized the country’s mobile platform. It has a QWERTY keypad and horizontal display. Plus, it’s preloaded with WhatsApp, Facebook, and YouTube. 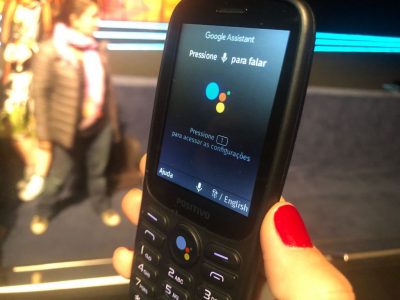 Who knew this small keypad phone could pack a punch? The Positivo P70S is the Brazilian tech giant’s answer to people who are looking for simple phones with smart features. The best thing about this phone is its dedicated Assistant button. You can simply press it and use voice command to help you throughout the day. 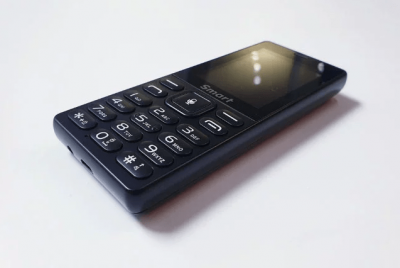 For users in the Middle East and Africa, MTN Smart is a pocket-sized wonder perfect for everyday use. It may be small, but it has a rear and front camera and a dedicated Assistant button. It also comes with most modern apps like Google, YouTube, and Facebook.

Here are the other phones that are powered by KaiOS:

KaiOS supports 4G LTE, VoLTE, GPS, Wi-Fi, and Bluetooth. It can also be enabled for Wi-Fi hotspot or tethering.

Thanks to Google’s support, KaiOS users can use Google Assistant. By using voice command, users can now open apps, navigate, and type anything on their phone hands-free.

Getting started with KaiOS is quick and easy. First, you will need a KaiOS-enabled phone. You can take a look at the list of phones with KaiOS below.

Upon switching on the phone, you will have to choose a system language and keyboard language. You can also opt to register and sign in using a KaiOS account, similar to a Google account. This will help you save and access personal data and track your device in the future.

To give it the feel of a smartphone’s UI, KaiOS features a notification area. This way, smartphone users won’t miss this feature despite using a non-touch phone. At the same time, those who are new to this feature will be introduced to it.

After the system setup, you can now use your phone. Since it’s made for non-touch phones, it’s fairly easy to navigate. Your phone will be preloaded with apps such as messages, contacts, camera, calendar, etc. For additional apps, you can go to KaiStore and download up to 300+ apps available for KaiOS devices.

You can also import your contacts from your Google account to your KaiOS account. To do this, go to the Contacts app and select Options, then Settings. Select Import contacts, then choose Gmail. Once you sign in to your Gmail account, you will also be automatically signed in to Google’s pre-installed apps on your phone.

KaiOS vs. Android and iOS

Dubbed as the third most popular operating system for mobile phones, KaiOS has come a long way since it was first launched. But what makes it different from Android and iOS, two of the most used mainstream OS globally?

First, KaiOS is based strictly on web-based apps. Its HTML5 app store makes it easy for developers to build web apps. On the other hand, Android and iOS apps do not need the Internet all the time for it to function.

Another difference is that KaiOS is specifically made for low-budget feature phones. It aims to bring the functionalities of a smartphone to non-touch keypad phones. Android and iOS are mainstream operating systems for smartphones and tablets.

Although KaiOS supports modern apps, it only covers the basic functionalities. For example, there are no tabs when you use its web browser. You are also unable to live stream on Facebook and YouTube. It lacks the copy/paste feature as well.

The great thing about KaiOS is that it enables users to have smart functionalities without a big or expensive phone. You can use Google Maps or Assistant with just a pocket-sized feature phone. It’s ideal for parents who want to give their kids a phone without worrying about too much mobile usage. It can also be used by senior citizens since it’s easy to use and not overwhelming.

KaiOS devices also use significantly less power and memory. This is a disadvantage for smartphones since it consumes more battery life.

The Future for KaiOS

Even though it is only available to feature phones, KaiOS doesn’t seem to be slowing down. It was even included in TIME’s 100 Best Inventions last 2019 and received plenty of other awards as well.

KaiOS is currently the second most popular operating system in India. Despite being in the market for only about three years now, KaiOS-powered phones are more preferred in the country than iOS. This is due to the patronage of Jio phones by Reliance, an Indian telco company.

Google and Facebook even gained interest in this OS and were the first to offer their apps. The former invested $20 million which made it the default virtual assistant for KaiOS devices. Now, most KaiOS phones have a dedicated Google Assistant button for easy access.

Users prefer KaiOS phones because they cost significantly less than smartphones, but supported apps and had a robust software and hardware. With its success, it’s safe to say that KaiOS will continue to power more feature phones in the coming years.

How Can I Recover Deleted Text Messages on Android & iPhone?

iPad Screen Cracked: How to Repair & When You Should Send It for Fixes

What Is Mobile Hotspot and How to Use It without Data?

Can I Remap Bixby Button on Samsung Devices and How to Do it?

What Is an IMEI Number and Why Is It Important?

Why Is My Phone So Slow and How Do I Fix It?