Deleting Tweets is normal. Sometimes, we tweet the inappropriate things that might put us in an embarrassing position, and we would want to get rid of them immediately before everyone sees them. Some users even go extreme and delete all their Tweets at once. However, it can be annoying when the people you follow frequently do this. If you are in this situation, you might be wondering if there is any way to see deleted Tweets.

The short answer is there is, but it is a little bit more complicated than you may expect. Twitter does not allow users to view Tweets that were deleted by its owner, but the internet likes to keep a copy of everything. Just because a Tweet was deleted, does not mean it is gone forever. 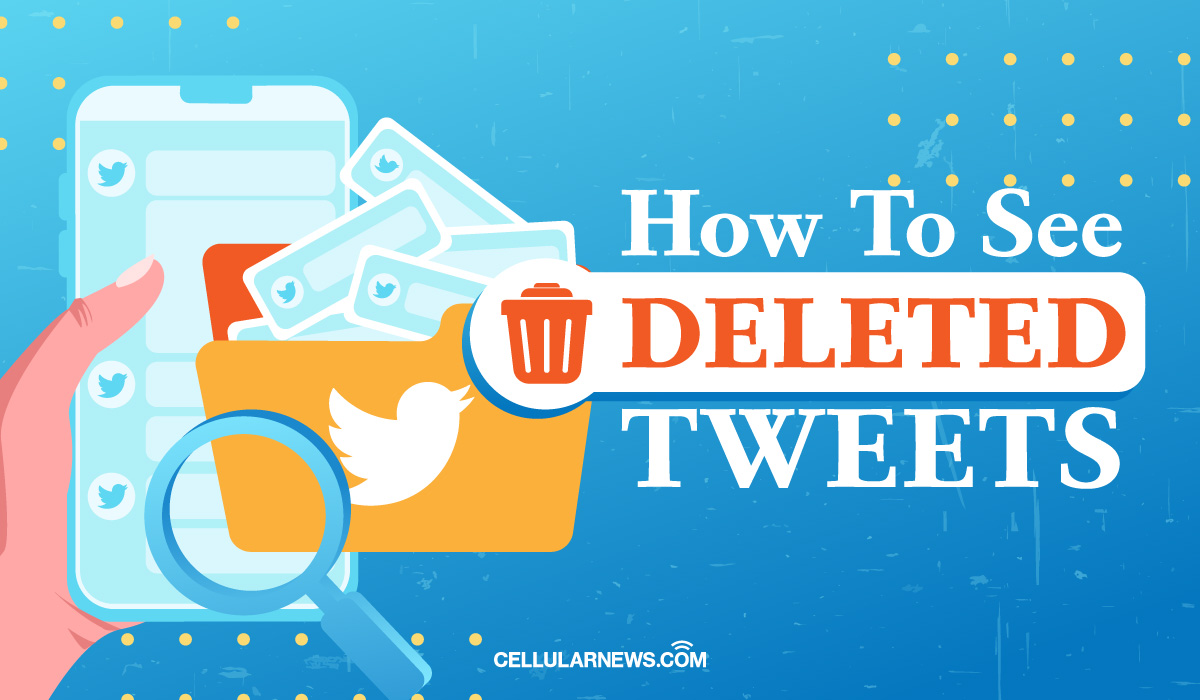 In this article, we will guide you to the right places where can see deleted Tweets by the people you follow. We have tested these methods and they worked!

How to See Deleted Tweets by Other Users

When someone deletes a Tweet, a light grey bar will appear in its stead with the “This Tweet is unavailable” message. We will share two methods in this guide to unlock the message behind the Tweet that other users deleted. These methods may also work if you want to view Tweets from suspended accounts.

So, whether you are trying to view deleted Tweets of a friend or Donald Trump, read through.

A web cache is a copy of a page that Google has captured and stored on the server for everyone to access. People normally use these backup pages to view the content of websites that are not working properly or not responding. However, the web cache may also allow you to see deleted Tweets that have been previously captured by Google. Viewing the cached page of a Twitter account is very simple.

With that, you can view previous Tweets from a user profile. However, it is important to know that the Google web cache will only show the copy of a Twitter Profile from its last scan. If Google crawls a page on Twitter after the owner deleted the Tweet you want to see, this method will not work.

Wayback Machine is similar but better than Google web cache in that it keeps several snapshots of a web page from different dates for anyone to access. Consequently, there is a higher chance that you will be able to find someone’s deleted Tweets using this method. Here is how to use this internet archive tool:

Using Wayback Machine to see deleted Tweets, like Google web cache, is not an absolute success. Although it archives a page at several points in time, the chances of getting the information you are looking for will still depend on how frequently the tool scans the page. In the case of Twitter, Wayback Machine prioritizes crawling accounts that are popular and have huge followings. If it didn’t scan the target profile from the point that a Tweet has been twitted and deleted, then that Tweet will not appear on its archive. Some Twitter accounts do not even get the chance to be crawled by the archive tool, to begin with.

How to Find Your Deleted Tweets – Request for Twitter Archive

It is easier to recover Tweets that you have deleted. Twitter keeps an archive of your account, which you can request a copy of at any time. It is especially helpful if you are deleting your Twitter account permanently but want to keep a copy of your page. Twitter keeps a copy even of your deleted Tweets, so requesting the archive is an effective way to recall your non-sense, embarrassing rants in the past.

First, you need to request a ZIP file with an archive of your account history.

It will take 24 hours or longer before Twitter sends you the ZIP file containing your data. Once you receive it, extract the files and open the HTML that comes along with it. It will show you all of your Tweets from the point of requesting the archive going back to your first Tweet.

The HTML file has an embedded search filter, which you can configure to narrow down the Tweets and make the search for deleted Tweets easier. You can sort the Tweets by dates or filter out Tweets that include media or are text-only. You can also set a date filter by adding a span in which you think you have deleted a Tweet.

Can I See Deleted Tweets that Include Photos and Videos?

If you have downloaded the archive of your Twitter, you will also be able to view the photos and play the videos you have Tweeted. The zip file from Twitter includes not only the text-only Tweets but also the rest of your user data. That includes videos, photos, follow count, DMs, and more.

However, it is different when you are viewing someone’s deleted Tweets from Google cache or Wayback Machine. Essentially, they only provide screenshots of the Twitter profile at a certain point. While they may allow you to view the photos and see the thumbnails of videos, you will not be able to interact with them to play a video per se.

Now that you can see the deleted Tweets on your account, you might wonder if you can undo the deletion and bring those exact Tweets back to the public. If you mean restoring the deleted Tweet with its original timestamp and number of likes, comments, and shares, then it will not be possible.

Instead, you can copy the exact content of the Tweets you have previously deleted and Tweet them as if they are new.

Whatever your intentions are, we have shared here all the methods that work to see deleted Tweets, whether yours or not. If the deleted Tweets you want to see are yours, it is a surefire because Twitter keeps an archive of your account that only you have access to. It is a little difficult when it is other people’s deleted Tweets you are trying to see because the success will depend on how frequently the internet scours up their profile.