When someone mentions AR games, one of the first things that come to mind is Pokemon Go or Ingress. But have you ever heard of Harry Potter: Wizards Unite? It is an AR game based on the Harry Potter and the Fantastic Beasts franchise that allows players to join the ranks of their favorite wizards and witches. The game has slipped the radar these past few years, but it didn’t stop Potterheads from enjoying the game.

In this article, we’ll be giving you the lowdown on Wizards Unite as well as a few helpful tips and tricks that beginners should know before playing the game.

What Is Harry Potter: Wizards Unite? 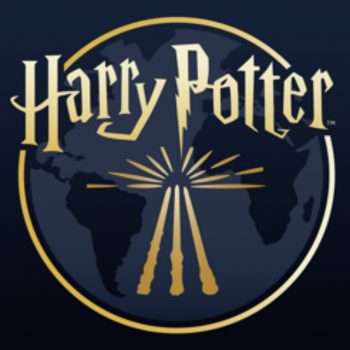 Harry Potter: Wizards Unite brings the excitement of the Wizarding World to your mobile phones. The Muggle World is in danger and it’s up to you to put a stop to the force that threatens to expose the secrets of the Wizarding World. You’ll be working with other wizards and witches to put an end to the evil and restore the balance between the two worlds.

Developed by Niantic, Harry Potter: Wizards Unite takes players on a journey to the Wizarding World where the Muggle World is plagued by the sudden appearance of untraceable magic. As the magic threatens to expose the Wizarding World, the Ministry of Magic put together a task force of the best witches and wizards to find the traces of the magic and to vanquish them.

You, as a player, is a part of this task force and must work together with characters such as Harry Potter, Hermoine Granger, and Professor McGonagall to put an end to the untraceable magic and to protect the Wizarding World.

Wizards Unite’s gameplay is very similar to that of Pokemon Go. You’ll find your character on a map that’s based on your current location. You’ll be able to interact with various buildings, structures, and even characters on your map.

Similar to Pokemon Go, all your tasks and missions will be performed on the map and will vary from location to location, depending on where you are. You’ll be encountering different assignments, creatures, and tasks along the way.

The game is an augmented reality (AR) game that will require the use of your camera and your GPS for the game to function properly. You can opt to not use the camera to save battery, but you can’t turn off your GPS as the game won’t function without it.

Wizards Unite is playable on Android and iOS devices provided that they are versions above 5.0 and 10, respectively.

As augmented reality (AR) game, Wizards Unite has very specific system requirements that your device has to meet before you can download and play it.

In general, you will need a phone with GPS or location services but even then, it’s not guaranteed that you’ll be able to play the game.

Here are the minimum system requirements that your device will have to meet for the game:

As already mentioned, these are just the minimum specifications for your phone to run Wizards Unite. The more solid your phone’s specs are, the more it could run the game seamlessly. Alternatively, you can also check out our article on the most impressive gaming phones to have so you can enjoy Wizards Unite at its best.

Once you have the game installed, all that’s left to do is to learn how to play the game. Harry Potter: Wizards Unite features a lot of elements that may look daunting at first, but once you get to know them, everything else will become easier.

Here are a couple of things that you should keep in mind when playing Wizards Unite:

Your player character works for the Ministry of Magic, which means they should have a corresponding profession that will best fit them.

Aurors are combat-focused wizards who are the best defenses against the Dark Forces. Professors, on the other hand, are balanced and best fit to support. Lastly, Magizoologists are support players who can provide buffs and heal their team.

It’s essential to keep your professions in mind when you deal with Fortresses because the strategy will make a big difference in your success rate.

Players will be able to choose their professions when they reach Level 6. You can, of course, switch professions free of charge, but it’s advised to do so sparingly because you might end up with a negative ranking that will affect your overall performance.

Progression in Wizards Unite happens via assignments. There are different types of assignments that you can play in the game. You have to complete them to gain Spell Energy, EXP, and even special items.

Much like Pokemon Go’s Pokestops, there are a bunch of structures you can find on Wizards Unite as well. There are essentially three (3) types of structures that you’ll encounter as you go along the game. These are the inns, greenhouses, and fortresses.

The inns are where you can gain and replenish Spell Energy. Spell Energy is what allows you to cast spells, and without it, you’ll be powerless. If you run out of energy, all you have to do is head to the nearest inn on your map to replenish it.

Lastly, fortresses are very similar to Pokemon Go’s Gyms and Raid Battles. You’ll be able to challenge a creature alone or you can team up with other players to battle the creatures. The AR element of the game comes to life when playing in fortresses because the environment becomes more interactive.

You can also opt to turn off the AR function if you want to but fortress battles are a lot more fun if turned on.

Another important element of the game is the spells and potions.

First, the spells are needed for you to be able to return the Foundables or the magical elements to where they belong. To do this, you’ll need to trace a Glyph that will appear on your screen. The faster and more accurate you trace the Glyph, the more effective your spell will be.

Potions, on the other hand, can be used for a lot of things in the game. Mainly, you will need potions to replenish your spell energy. They’re also effective when you’re in battles because they can give you an energy boost or added skills to defeat the beasts.

You can brew your potions and you can collect them through rewards. You should study the potions that you get and decipher which ones you need because they take up space in your in-game storage.

Lastly, you have maps. Much like Pokemon Go, Wizards Unite has an interactive map that players will be using throughout their journey in Wizards Unite. The map and all its structures are based on your location and the buildings that surround you.

Your map will also have various items littered across it. Don’t forget to collect them because they might contain Foundables, Keys, and ingredients among others.

Remember that you won’t be able to play your game without turning on your GPS and your Location Services. It’s advised that you don’t play while driving and to stay away from dangerous areas while in-game.

Now that you’re all set to take on the Wizarding World of Harry Potter: Wizards Unite, here are a few tips and tricks that you should know that will be helpful along the way!

Despite almost having the same game concept, Wizards Unite is better than Pokemon Go. Both games undeniably have their niche, and loyal players of either game will tell you why their game is better than the other.

Compared to that of Pokemon Go, Wizards Unite has richer gameplay that greatly adds to the gaming experience. There are more missions and battles in Wizards Unite and despite Pokemon Go’s recent updates, it’s not as compelling as the former and it doesn’t invite you to spend more time in the game, unlike Wizards Unite.

Wizards Unite allows fans to become a part of the Wizarding World and even the world of Fantastic Beasts. You can encounter characters from both franchises and even get to interact with them. While the game isn’t strictly bound to the lore, it still makes things more interesting because it allows players to become a part of the Harry Potter story and shape its story in a sense.

Wizards Unite has unique places to discover and you’ll be surprised at what you’ll find on your map. Unlike Pokemon Go, it takes you to structures such as inns, greenhouses, and fortresses that all have a contribution to your character’s progress. These structures ultimately provide a more interactive environment for players to enjoy. You can examine objects, earn rewards, walk around, and even transport into other magical places.

While Pokemon Go does have similar elements such as its Pokestops and Pokemon Gyms, it’s not just as engaging as the experience in Wizards Unite.

While Pokemon Go heavily banks on the franchise’s tagline to “Catch ’em All,” Wizards Unite doesn’t ask you to become the greatest Auror. Rather, it’s about exploration. The game asks you to seek the magical world around you and interact with who or what you may encounter along the way.

The game is also very challenging, and you’re not stuck doing the same thing every time. It’s a break from repetitive games such as the catching element of Pokemon Go.

In all, Wizards Unite is a great game to play and in most elements, it is better than Pokemon Go. However, it can’t be denied that Pokemon Go has its charm, which attracted many players to prefer it over Wizards Unite.

Is Wizards Unite Any Good?

To put simply, yes–Wizards Unite is a good game. It’s good in terms of gameplay and the overall gaming experience. It is great for those looking for something a little bit different than most AR games because it takes its exploration and lore elements seriously.

There is much to love about the game especially if you’re a fan of Harry Potter or Fantastic Beasts. At a glance, the game is targeted towards fans of the franchise and it might not be for most players who are just looking for a game to cure their boredom.

Regardless, if you think you have sufficient knowledge about the Harry Potter and the Fantastic Beast franchises or if you’re willing to learn more about it–Wizards Unite is a great stepping stone.

In all, Harry Potter: Wizards Unite is a great AR game that’s worth the try. It might not have the same hype as Pokemon Go or Ingress, but it still has elements that even non-Harry Potter fans will enjoy. The only downside of the game is that you might have to spend more time familiarizing with it than actually playing it. The entire process of learning how to play the game takes a little bit more time to do because it features a lot of elements that you’ll need to learn to play it correctly.

Regardless, Wizards Unite is still worth the try if you’re a fan of the Harry Potter franchise and if you’re willing to spare the extra effort to learn about it. Download Wizards Unite from the App Store and Play Store to experience The Wizarding World of Harry Potter like never before.

iPhone Keeps Turning On and Off: How to Fix This Loop

How to Change Keyboard on Android Phones With Ease

What Is iTunes Match and Do You Need It for Your Music?

7 Best LastPass Alternatives to Keep Your Passwords in 2021