There aren’t many manufacturers that produce those types of smartphones anymore. But luckily, some brands still have them in their inventory. You might be asking which brands, so we’ve got you covered. In this article, we list down 15 of the best phones with a removable battery.

There are a lot of old-generation phones with a removable battery out there that are great. Some are more durable than others, while others have better features. No matter what you’re looking for, you’ll find the best ones here: 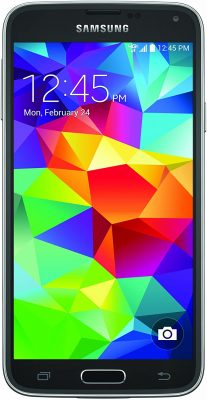 The Galaxy S5, although an old flagship product, is an all-rounder. It has a heart monitor, fingerprint scanner, and an app that tracks your health. It’s a bit bigger in comparison to its rivals released in the last decade, and it’s a lot faster than its predecessor.

Being a former flagship product, its performance is excellent. You get 16 or 32GB of storage with available expansions. Its ultra power saving mode also keeps it from dying easily, though you won’t need it in most cases because its battery life is already decent. However, its software is quite outdated and clumsy, considering today’s standards. This makes it quite tedious and annoying to deal with at times. 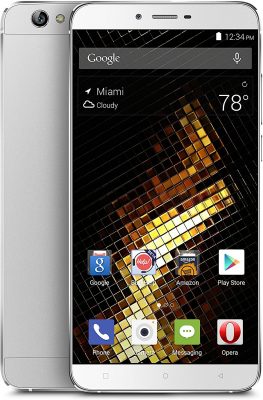 The Vivo X5 from BLU is one of the better phones with a removable battery in terms of style. It looks sleek and is quite slim for a phone housing a battery. Its display size and resolution are also pretty good, even when compared to non-removable battery phones.

Additionally, its chipset performs well when using multiple apps at once. In fact, it’s like it was made specifically for multitasking. Best of all, its battery is at 4,000mAh, which is still big for present-day smartphone usage. 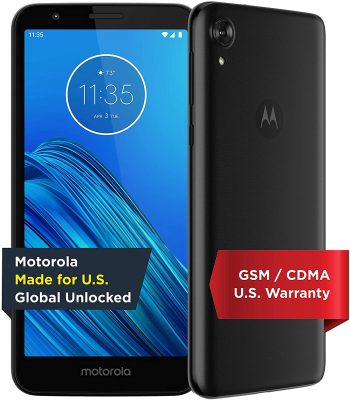 The Moto E6 was a Motorola fan favorite years ago due to its affordability. And it being a budget phone didn’t mean it didn’t have good specifications back then. That’s why it is still sought after by buyers who want a low-cost yet reliable handset.

The Moto E6 has 13MP main and 5MP selfie cameras that can take decent photos, although not as highly detailed as what the latest phones capture. Under its hood is a Snapdragon 435 chipset that works fine for running apps without much trouble. On its rear is a fingerprint sensor for device security.

Perhaps what you’d not like so much about the Moto E6 is its 3,000mAh battery that is subpar in today’s standards. Nonetheless, it’s a good pick for the price and as a basic or secondary phone.

The LG G5 isn’t a new phone by any means. It was the flagship product of LG at one point, but compared to its latest models, it’s obsolete. Still, it’s one of the most capable phones with a removable battery around. Even by today’s standards, it’s worth checking out.

The phone has a 5.3-inch display and offers 4GB of RAM and a 16MP camera. In terms of pictures, it’s among the best on this list. If you want to take some photos or selfies without having to pay an arm and a leg, better get the LG G5. 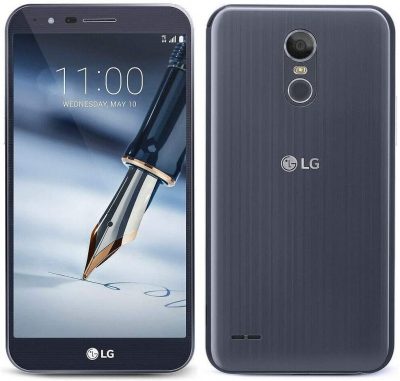 As the name suggests, the LG Stylo 3 Plus is a phone with a stylus. The phone comes with a notepad that allows you to freely scribble and draw your ideas. You can put the stylus in its slot inside the phone until you need it again.

Even without the stylus, this gadget still has much to offer. There’s a fingerprint sensor to unlock your phone faster and give better protection. Also, Quick Charge 2.0 is supported. Released in 2017, the Stylo 3 Plus is excellent for its incredible performance and innovation. To this day, it remains a good choice. 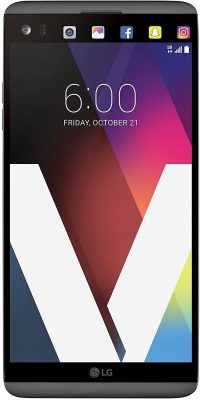 After being released in 2016, the LG V20 was expected to be a great flagship product succeeding the V10. It has excellent durability and versatility, and its battery is incredibly easy to remove. It’s a very flexible smartphone. There’s also another ticker right above the primary display.

What’s more, the V20 is compatible with USB Type C. This is rare for phones with a removable battery as they are usually only compatible with micro USB. The phone even integrates a fingerprint scanner on the back. Additionally, it has 4GB of RAM and 32GB of storage. It’s excellent for overall use.

The Moto E5 Play comes from Motorola, one of the remaining brands that offer phones with a removable battery. The E5 Play has a Snapdragon 425 chipset and 2GB RAM. Additionally, it runs on Android Oreo.

It has a 2,800mAh battery that you can swap out at any time, although that capacity means you’ll be charging it frequently. As for other features, there’s nothing that makes it stand out from the rest, though. Nevertheless, this phone is decent even if it’s not the greatest. Also, it’s a wise pick for people who are on a budget. 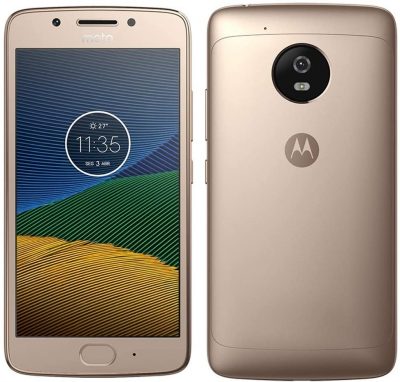 The Moto G5 is a mid-range smartphone that gives you some useful features. It comes with a 16 or 32GB storage that can be expanded and integrates a 13MP camera.

Moreover, this phone features a fingerprint scanner on the front for authentication and security purposes. If you want to unlock your phone fast, this is a great option.

All in all, the Moto G5 has decent features despite being a budget mobile phone.

The Nokia 1 Plus is aimed at people who are new to smartphones. In other words, first-timers. In terms of features, it’s not really up to par with today’s standards but runs apps decently.

Despite being subpar in most areas, it’s a well-rounded phone. It has good features that are perfect for new smartphone users. Nokia designed its user interface with less tech-savvy people in mind, too.

The Nokia 2.2 is a step up from the Nokia 1 Plus. It’s a perfectly balanced budget option, which gives you great value. It has a 5.7-inch display, and that screen is perfect for both dim and bright areas.

Its technology also allows for it to take great pictures even in bad lighting. If you’re photogenic or want to take pictures of all types of backgrounds, this might be for you. In terms of specs, it’s faster than most budget phones and has a 3,000mAh battery. 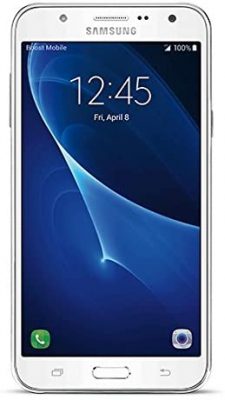 Samsung released the Galaxy J7 in mid-2016. Although it has an extremely minimalist design, it touts excellent performance and 16GB of space. You can also have two SIM cards at once, which is perfect if you travel a lot and use your mobile phone for various purposes. You can also put a memory card on the device for extra storage.

All in all, the Samsung Galaxy J7 offers great features for the price. 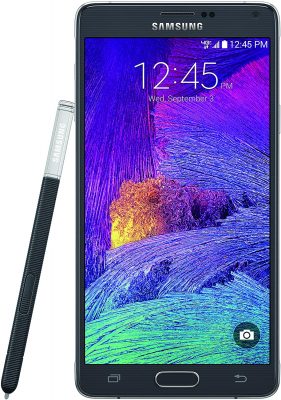 The Samsung Galaxy Note 4 has a QHD screen spanning about 5.7 inches. The resolution of this phone is excellent for watching movies and playing games. You can also expect this phone to be bright even in the darkest place.

With regards to features, the Galaxy Note 4 is no pushover. It has a Snapdragon 805 processor and has a 16MP camera. It also works with 4G and is powerful. It’s not going to lose in terms of battery life, either. Additionally, it has a useful pen stylus much like the LG Stylo 3. It is a bit more expensive, though.

Unlike most other phones on this list, the XCover Pro is quite bulky. Released in 2020, it has similar specs to the brand’s flagship that year — the Galaxy S9. Even the camera is exactly the same.

The XCover Pro is for people who want their phones to last a long time. It’s one of the most durable phones with a removable battery. It’s quite expensive though, being priced almost like Samsung’s flagship products. Despite this, it’s a gadget that’s definitely worth it for its features and durability. 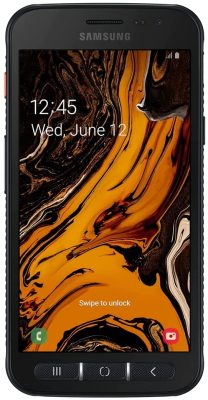 Looking for rugged phones with a removable battery? Don’t miss the Samsung XCover 4S while it’s still on Amazon.

The MIL-STD 810G-rated and IP68 water- and dust-resistant phone can survive harsh environments. But that isn’t everything good it touts. Like some of the devices already featured in this list, it takes 16MP photos and shoots 1080p videos at 30fps. Also, it is a dual-SIM 4G phone. 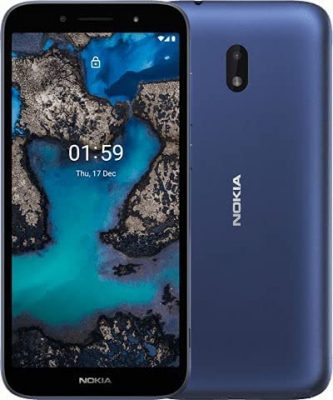 Nokia is striving to get back its big share of the smartphone market through nostalgia indeed. That’s why it didn’t stop with the Nokia 1 Plus and Nokia 2.2. In 2021, it added to its arsenal of Nokia phones with removable battery the C01 Plus.

Old meets new in the Nokia C01 Plus. You’ll love the gadget for its removable battery, which is a classic feature of Nokia’s retro phones. The capacity is 3,000mAh. Also, you get on the 4G device Android 11 (just a generation behind the latest Android OS) and 32GB of storage.

The phone only has 5MP main and selfie cameras, though. But if photography isn’t your concern with phones with removable battery, the Nokia C01 Plus is still a good purchase.

What’s the Benefit of Phones With Removable Battery?

There are a couple of advantages if you own phones with a removable battery. In some aspects, the said devices are better than modern phones. For instance, you can actually do a hard reset with a removable battery. That is by taking the battery out and then placing it back inside, giving your phone a fresh state. That is quicker than having to toggle many settings menus or go through a plethora of buttons, which is the typical method nowadays.

Another thing you can do is have an extra battery in case your phone’s original one gets damaged. Or if your phone is dead, you’ll find the backup battery more convenient than using a power bank or charger.

Batteries can also be easily replaced. You don’t need any special equipment to swap them out. Just pop them out and get a new one in. Phones with removable batteries are more flexible in this regard. Removing your battery can also mitigate water damage on your phone.

Why Do the Latest Smartphones Not Have a Removable Battery?

Additionally, you can trace non-removable batteries. This is one of the biggest reasons manufacturers have switched to incorporating them. Should your phone be stolen, you can trace it easily if it hasn’t been turned off. The thief would have to go to an expert to get the battery replaced.

The last reason is that having non-removable batteries makes your phone thinner and lighter. This reduces its weight and makes it easier to carry. Manufacturers are willing to trade durability and convenience in exchange for safety and ergonomics.

Should You Buy a Phone With Removable Battery?

However, all the new software coming out is for the newer generation of phones. This means that phones with a removable battery will be out of touch in terms of software soon. Maybe they already are.

Phones with removable batteries have become a rare breed. That’s because manufacturers have shifted to unibody phones in the past few years. They’ve traded in convenience and durability for privacy and distinctiveness. Despite that, some consumers aren’t satisfied with the change.

Discord Account Disabled? Here’s Why and What to Do

How to Make a TikTok Sound in 5 Easy Ways