Siri is about to get an awesome upgrade in the upcoming release of iOS 13. The latest iPhone update will bring in over 200 new and exciting features. The update promise to make Siri even more useful and a better assistant. In fact, it could even take on the role to be a home doctor.

But, what is Siri, what it does and how it impacts our daily lives?

Apple’s Siri Is Taking Over A Doctor’s Job?

Apple has an impending plan to introduce a newer version of Siri that could carry out a proper conversation about health with its users.

According to a report, the list of upgrades is speculated to release by fall 2021. The upgrades include the ability to have a back-and-forth conversation about health problems, built-in machine translation, and ‘new hardware support’ for a new device. Recently, Apple was also spotted on testing out codes for an augmented reality headset in iOS 13. The code name of the 2021 release is ‘Yukon +1’, some suggest that the company may be moving to a two-year release schedule.

Would You Rely on Siri’s Answers Your Health Issues?

Undoubtedly, many of us would have wonders and uncertainties about this new breakthrough. Though, we couldn’t really justify its usability and accuracy yet without testing it properly. One thing for sure is you’ll have years to contemplate about it.

To this point, we’ve seen Apple really amplify on user’s health and fitness. One of the bold moves is the additional feature on the Apple Watch concerning its fitness tracker. For example, Apple introduced an Electrocardiogram (ECG) tracker to help the user keep track of its heartbeat and rhythm. So far, this app has proven its functionality with successful notifications for users who experienced life-threatening symptoms. As of the reliability of future Siri’s AI health diagnosis is still a mystery that is yet to find out.

But for now, here are some of the upcoming updates that you can look forward to in iOS 13 where Siri is concerned. 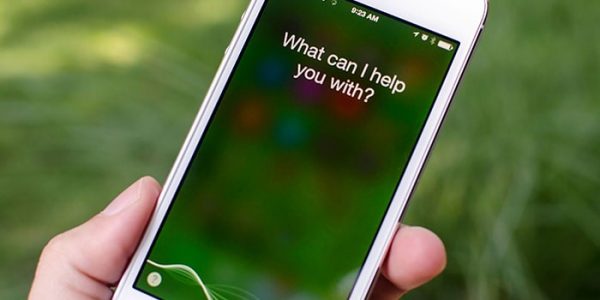 Apple’s Siri Is Getting a New Voice

Say bye to those boring and stiff voices. With iOS 13, you can expect a more natural voice. The new update aims to bring an improvement in the intonation, tone, and rhythm of Siri’s voice. Hence, it’s quite likely that you’ll be speaking to a less artificial digital assistant too. Besides, Siri is also getting a new Indian English voice that is available in either male or female.

This voice assistant isn’t perfect yet and Apple tech is aware of this. That means sending iMessages using this assistant could get frustrating because it’s AI after all. And it tends to mangle the words than interpreting the way a human does. However, iOS 13 provides a remedy to this by adding a Siri tag feature on iMessage. The small tag is an indicator that you did not personally send that message but Siri did, thus the mistakes (if there’s any).

Siri Suggestions is Better and is Available in the Shortcuts App

Siri is found in the “Siri & Search” in Settings in iOS 12. This time, you’ll find Siri shortcuts in the Shortcuts app. Besides, Siri suggestions are getting better and smarter this time around too. There are new options for your favorite apps plus there are even embedded Siri Suggestions in apps.

1. Smart typing and loudspeaker for calls

The iOS 13 will now give you the option to use Spotlight to type to this voice assistant. All you have to do is to swipe down on the home screen and type your question. Once done, you’ll see a new “Ask Siri” option. Just click on it and it will launch and respond. When it comes to calling, Siri is upgraded to do more than just calling. Distinctively different from the previous version, when you ask Siri to place a call, it will automatically put the call on speaker unless you have your headphones plugged in. To activate this mode, your confirmations is needed before the call starts.

Siri can now tune you in to your favorite radio station. Instead of searching for the application, all you have to do is give Siri the command to tune you in. The best part, the SiriKit for Audio is now available for third-party apps. With this, you can integrate this AI assistant into Spotify and it’ll play your desired tracks on Spotify.

3. Updates for More Descriptive in Directions

Navigation is even better now with this update. Now, you’ll hear Siri be more descriptive as if it’s physically present with you. With this, directions will be clearer and it will help you to stay focus on where you’re going.

Making a reminder? Count on Siri in iOS 13 to give the suggestions. This Apple’s AI will help make your reminders more efficient so you don’t forget anything at all. You can also add multiple items to a list now.

What do you think of these new updates that are coming in iOS 13?  And is this health diagnosis something you’ll look forward in the future iOS updates?