Heading into the woods for that hiking trip? Maybe you’re more of a deep-sea scuba diving person? Or you’re looking to make that perfect montage for your anniversary? Whichever it is, you’re probably searching for something to make those clips and videos look great. That something you’re looking for is video enhancer software.

There are options open to you if you’re on a budget and still saving up for that PC or Mac but want to make something professional for vlogging or YouTubing. While they may not be as versatile as Sony Vegas Pro or Adobe Premiere, iOS and Android have the same apps that can do the same thing. For this list, we’re only considering apps available on both iOS and Android, and have at least a three-star rating on both platforms.

KineMaster is one of the most versatile video enhancers on both platforms at the moment. It can handle most tasks, from simple clipping to color filters and other visual effects. The app can also edit and handle videos at 4K 2160p resolutions at 60 fps. Aside from that, it can handle video layering, overlays, frame-by-frame trimming, and automates sharing on YouTube, TikTok, Facebook, and Instagram.

KineMaster is our pick for an all-around video enhancer due to its ease of use and amount of features. From high-quality videos, montage clips, and professional slow-motion graphics, you’ll find that KineMaster can handle it and then some.

2. Videoshop – The Best for Beginners

User-friendly and easy to use, Videoshop has one of the best user interfaces out of the options in this list. Similar to KineMaster, Videoshop has enhancing filters, animated transitions, video resizing, and other features. It can do most things you’d need from a video enhancer but have an easier time doing it. The app mainly focuses on more quirky and fun effects like stop motion, Ken Burns, and lip-sync.

Videoshop has a limited feature selection for its free version. You might want to try their one-month free trial offer of the Pro version alongside annual and monthly subscriptions.

3. PowerDirector – The Best for Professionals

Originally a Windows PC program, PowerDirector now has a mobile version for Android and iOS platforms. While relatively new, PowerDirector has even more features than KineMaster. It brings an all-in-one package to users with speed adjustments, filters, overlay, and blending. The new updates also brought in keyframe controls, videos up to 4K resolution, voice changers, and a chroma-key green screen editor.

PowerDirector is our pick for professionals who want a video enhancer on the go. It combines the skills and features built into their Windows version in one portable package. When you want a professional editing program for mobile, this is your go-to.

An app with a heavy social media lean, InShot is perfect for those wanting their shot at Instagram fame. It has all the basic features like trimming and cutting videos, video merging, video speed settings, voice-overs, and music volume control. The best parts of this app are the photo and video filters, a wide range of effects, and ease of use.

Even if you’ve never touched a video enhancer before, your 10 seconds of fame on Instagram could be in your hands with the help of this app. We also have a more in-depth review of InShot available.

5. Splice – The Best for Those On The Go

From the creators of the GoPro, Splice has the same ideas as the camera. It has a good and rugged interface capable of doing most of what you’d need. It has layers, text and image overlays, playback speed adjustments, chroma key, and transitions. The best part of the app has to be its over 6,000 royalty-free music vault, combined with access to Artlist and Shutterstock libraries.

If you’re going to a spot with a bad Internet connection or just want an app that can fix your videos when you need it, Splice is our pick. This is also why it’s the best video enhancer on the go.

6. CapCut – The Best for TikTokers 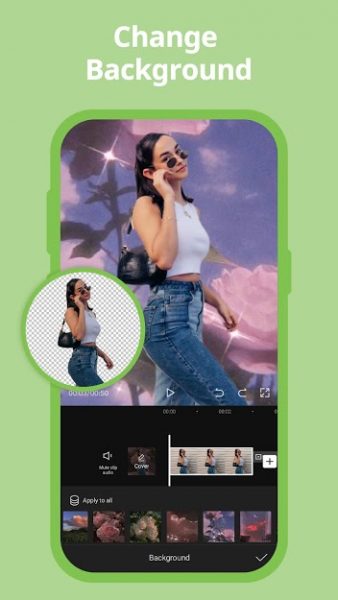 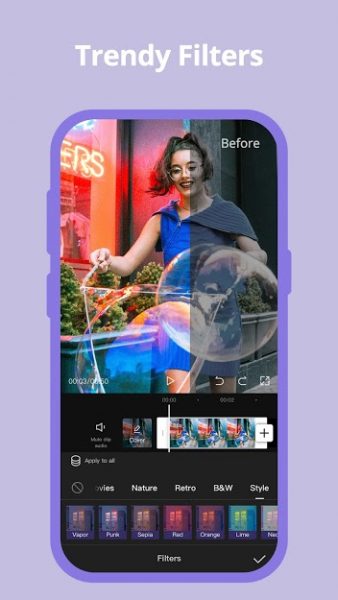 Made by TikTok creators ByteDance, CapCut is another specialized app. This time though, it is specially made for compatibility with TikTok. Formerly called Viamaker, CapCut has the same basic features as any other video enhancer. The app has a simple green screen function, video zooming, filters, effects, and a good amount of stickers.

CapCut was made as part of ByteDance’s attempt to create a full system for their TikTokers to use with the app. Due to that, CapCut is heavily leaned to TikTok videos including its video export modes that have compatible TikTok resolution. This app is definitely your friend when it comes to TikTok videos.

Also read: How To Use The TikTok App

Part of the Adobe suite of video enhancer and editing software, Premiere Rush is their mobile version of their Premiere Pro for Windows and Mac. Long used by professionals in cinema and amateurs in art school alike, Premiere Rush is best looked at as an extension of Premiere Pro. This app is meant for making quick edits and changes for those who need something done professionally before a more detailed work on the Premiere Pro. Rush has the basics of video enhancer software from a multi-track timeline to custom graphics and overlays.

You’ll love Premiere Rush when you’ve learned the basics and want a rigorous app. Premiere Rush also has connectivity with other Adobe products like Premiere Pro and After Effects that can access your saved files through the offered cloud storage. Due to the ease of use yet matured complexity of Adobe’s software, Rush definitely sits as the best option for intermediate videographers. We also have a more in-depth review of Adobe Rush Premiere available.

8. VLLO – The Best for Vlogging

Another all-rounder, VLLO has whatever you might need for video enhancing. Although it is as versatile as KineMaster, VLLO has a somewhat lacking quality in its features. It’s easy to use, has keyframes, layered video, 200+ royalty-free music and tones, and can import music from your phone and iTunes library. The places where this app does shine are in its filters, color correction, blurring, and mosaic features. It also has over 2,200 stickers and moving texts that are constantly updated, as well as support for 4K video with automatic ratios for Instagram, YouTube, and user presets.

Take a look at VLLO if you want to take a shot at that travel vlog or video diary you’ve been thinking of doing; it won’t disappoint. It won’t be hard to use and master either! 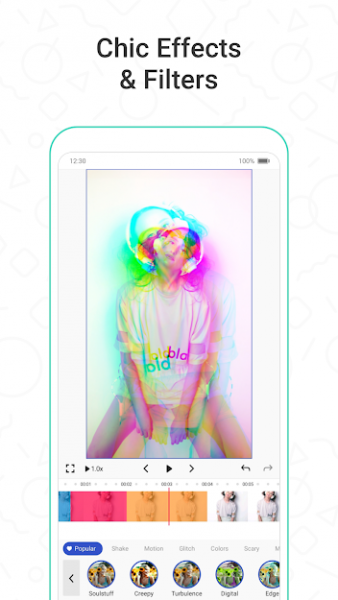 Compared to other apps on this list, Funimate is focused more on one thing, FUN! It has all the basic features of a video enhancer but the app is focused on younger users with filters, effects, animations, and stickers made to be colorful and eye-catching. The app also has keyframe animation, a small selection of music, emojis, and transitions.

Looking to introduce your kids to video editing? Or maybe a safe video enhancer for their TikTok videos? Either way, Funimate should be your go-to app to teach your kids on.

Previously owned by GoPro, Quik still has comparability with its products. Compared to Splice, Quik’s features are designed to help users quickly finish up projects with automated processes like syncing and splicing. Of course, you can manually control these processes. Aside from these features, the app is pretty basic but has just enough to fit most editing needs.

Quik is true to its name and lets you complete your video production in just a few steps. Automated and easy to use, Quik is the best video enhancer when you really need to finish up.

Video enhancer apps may not be as varied or feature-rich as their Mac or Windows counterparts but they’re more than good enough for most of your needs. While you don’t expect to make a blockbuster Hollywood film on your phone, you’re sure to at least get a few viral videos and family memories sorted out with one of these apps.

Apps aren’t everything to a video though; the original quality of the video and what device you’re using to capture also matters. If you want to have a more stable video, you may want to look at our 10 Best Phone Gimbal Stabilizers list.

How to Make a Private Story on Snapchat (A Complete Guide)