Cookie Clicker by Dashnet is one of the most well-established idle games in history. However, despite its seemingly simple gameplay mechanics, it does have some depth to it that requires planning and strategy. Ascending is one such activity that requires a bit more thought. If you’re unfamiliar with Cookie Clicker, don’t worry. We’ve created this Cookie Clicker ascension guide so you can know what to do and when to implement your ascensions. 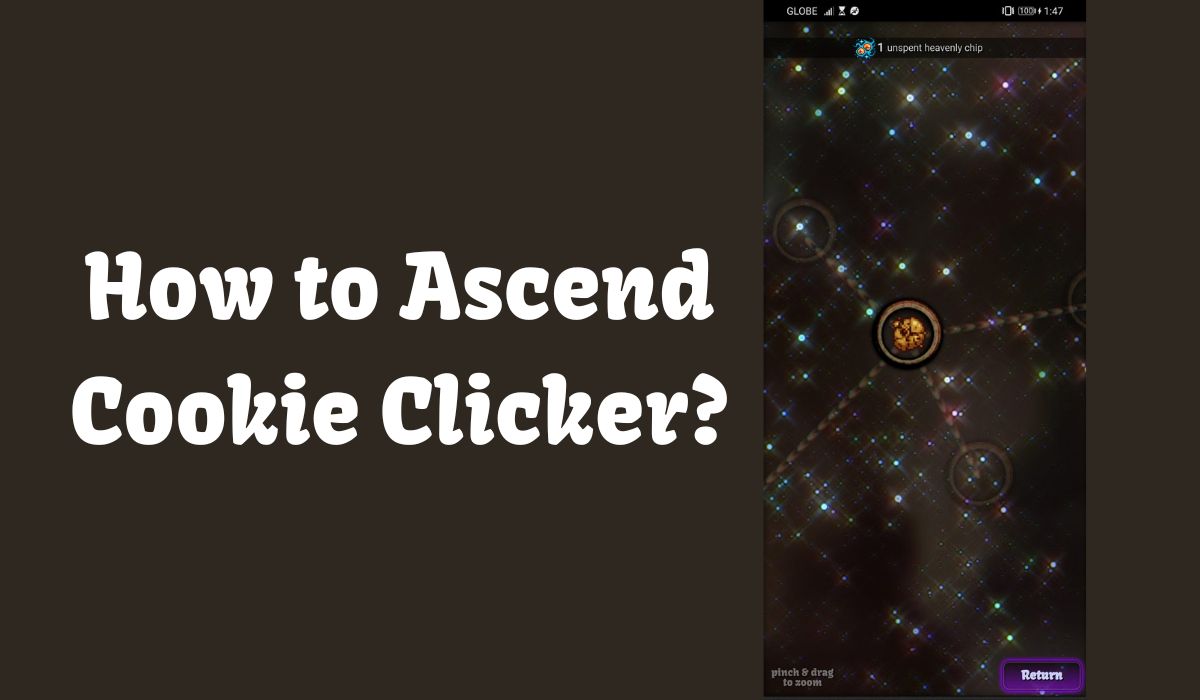 A Cookie Clicker ascension will seem a little confusing to players unfamiliar with prestige mechanics in other games. However, it’s truly quite simple. Ascending within Cookie Clicker means you’re resetting your game and starting from scratch. As a result, you lose your current progress.

In exchange, you get special bonuses when ascending Cookie Clicker. You may lose all your upgrades, cookies, and buildings, but you do start with prestige bonuses and heavenly chips. These will allow you to produce cookies more efficiently this time around. Moreover, you can purchase more upgrades from the start because you have more heavenly chips.

In summary, ascending in Cookie Clicker just means you’re choosing to restart the game but with more benefits. It’s a strategy to make your cookie production more efficient. As a result, you can achieve and even surpass your previous progress quicker than before.

On the other hand, remember that while you lose your progress upon ascending, your achievements will not disappear. They’ll remain tied to your account even after you’ve started from scratch. 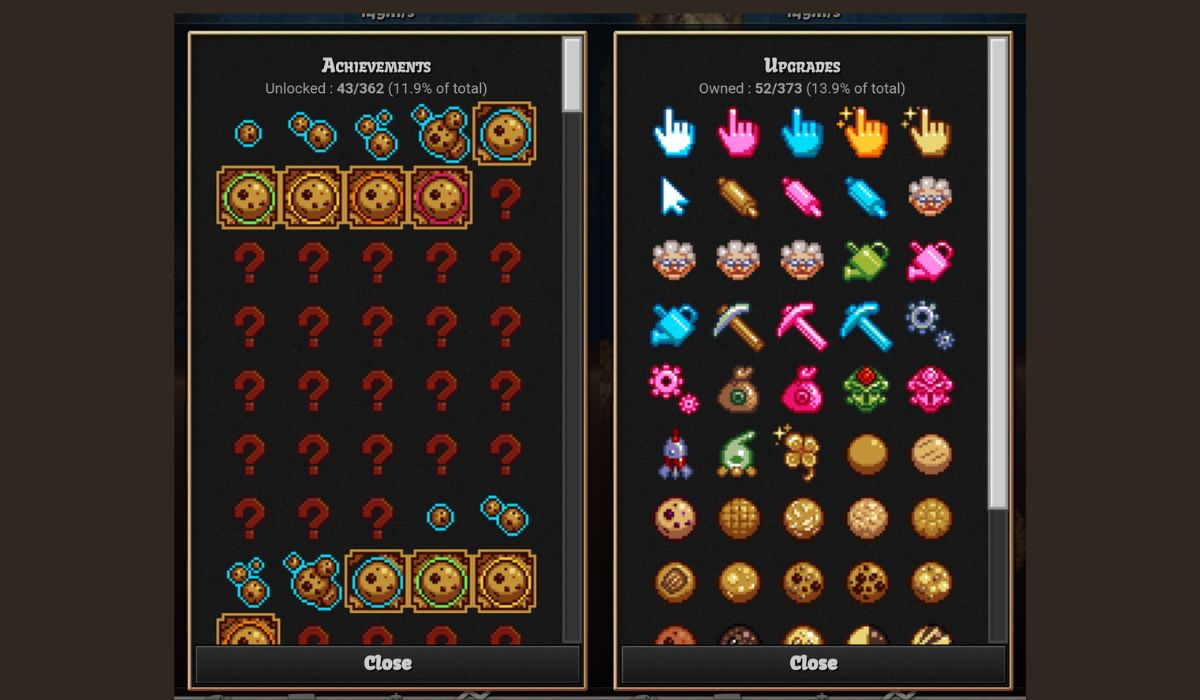 There are two main benefits that you get with an ascension: heavenly chips and prestige levels.

Depending on the timing, you can gain one or more prestige levels when you ascend. Each prestige level grants a 1% increase on the cookies you produce per second. Hence, if you gain 50 prestige levels, you get a large 50% bonus on your production.

On the other hand, the heavenly chips benefit is further subdivided into several different classes. These include the following:

As a result, you gain 90 heavenly chips in total whenever you ascend. However, you may also delay your ascension to get even more chips. If you get the timing right, you can gain the following set of perks for your heavenly upgrades:

In this case, you’ll get a whopping 440 bonus heavenly chips after you ascend.

An ascension guide for Cookie Clicker wouldn’t be complete without a list of requirements. So, what exactly do you need for ascension so you can gain benefits?

The most important thing to remember in this Cookie Clicker ascension guide is you need at least one trillion cookies beforehand. Thus, the ascend option in the menu will not be visible if your cookies are below that number. Achieving a trillion cookies is not an easy feat, that’s why you should invest in buildings in the early game to help you bake more. Some players even use auto-clicker apps to slightly speed up the process.

After you’ve baked one trillion cookies, you can freely ascend if you so choose. Of course, ascending immediately after meeting the requirement may not always be the wisest choice. Nonetheless, the option will be available to you at that point.

Apart from this, know that you may ascend as much as you want as long as you meet the requirement. Cookie Clicker will not stop you from ascending so it’s up to you to get the timing right.

Now, we’ve already introduced the idea that ascending immediately isn’t always the best choice. But, how do you know the right time for you to do that? In this Cookie Clicker first ascension guide, we’ll tackle just that.

Before you proceed, keep in mind what you get upon ascending. When you ascend, you may get a CPS that’s faster than normal. However, this also means you’ll start from scratch and it will delay your cookie production. On the other hand, waiting too long also means you might miss crucial opportunities to gain bonuses.

There’s no precise timing that’s right for everybody. That’s because each person has a different playstyle and must weigh the pros and cons themselves. Generally speaking, however, we don’t recommend ascending as soon as the option arises. That’s because waiting will yield more efficient results. After all, the bonuses are much larger. You may start considering the thought of ascending after accumulating enough prestige levels. 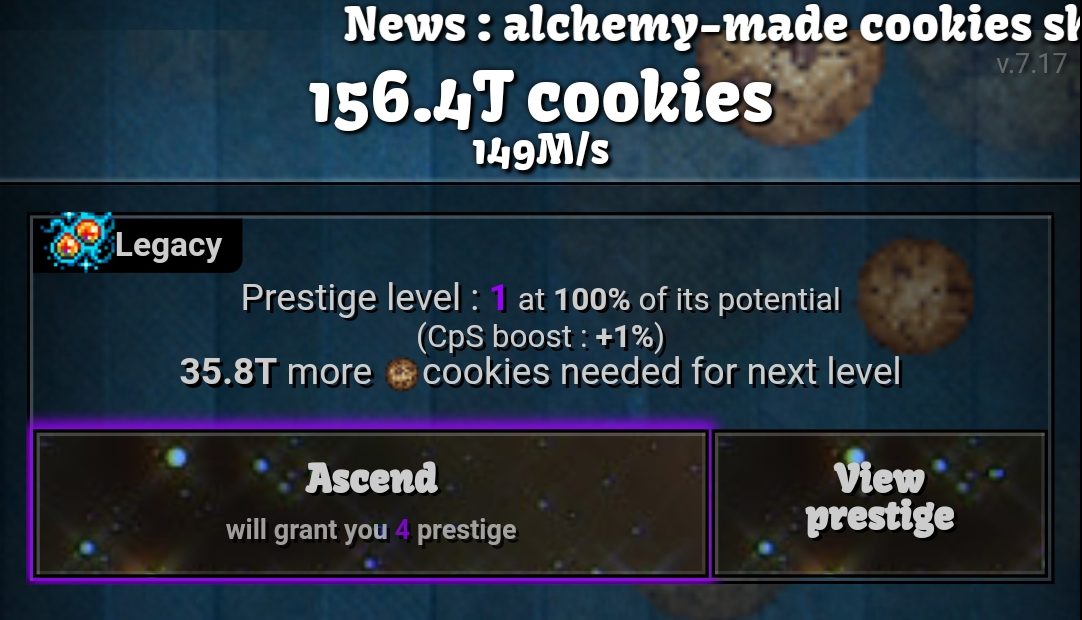 According to the community, 100-200 prestige levels are already regarded as quick ascensions. At that point, you should have an ample amount of heavenly chips to choose different upgrades. This should already help you obtain even more prestige and heavenly chips later on.

On the other hand, waiting to ascend is one of the more preferred strategies among advanced players. For the most part, seasoned players recommend waiting until you’ve earned 2,337 prestige levels before your first ascension. If you’re patient enough for this, you may gain over 10 high-quality upgrades and get a large boost upfront.

Afterward, most people ascend the second time when they reach around 115,307 prestige levels. They become even more efficient at that point and wait quite a while before their third ascension. Generally, the third ascension happens at around the 2,189,163 prestige level. It’s a pro strategy among the community — but one that does require a bit of patience.

Of course, this Cookie Clicker ascension guide would be worthless if we didn’t teach you the basics of ascending. Fortunately, the act of ascending within the game is fairly straightforward. Once the option is available to you, simply press the “Legacy” button on the upper right.

Take note that the number next to the button indicates the number of prestige levels and heavenly chips you’ll get. If you’re satisfied with the number, tap on “Legacy” and confirm the action. Afterward, you should successfully ascend within the game and start over from scratch. 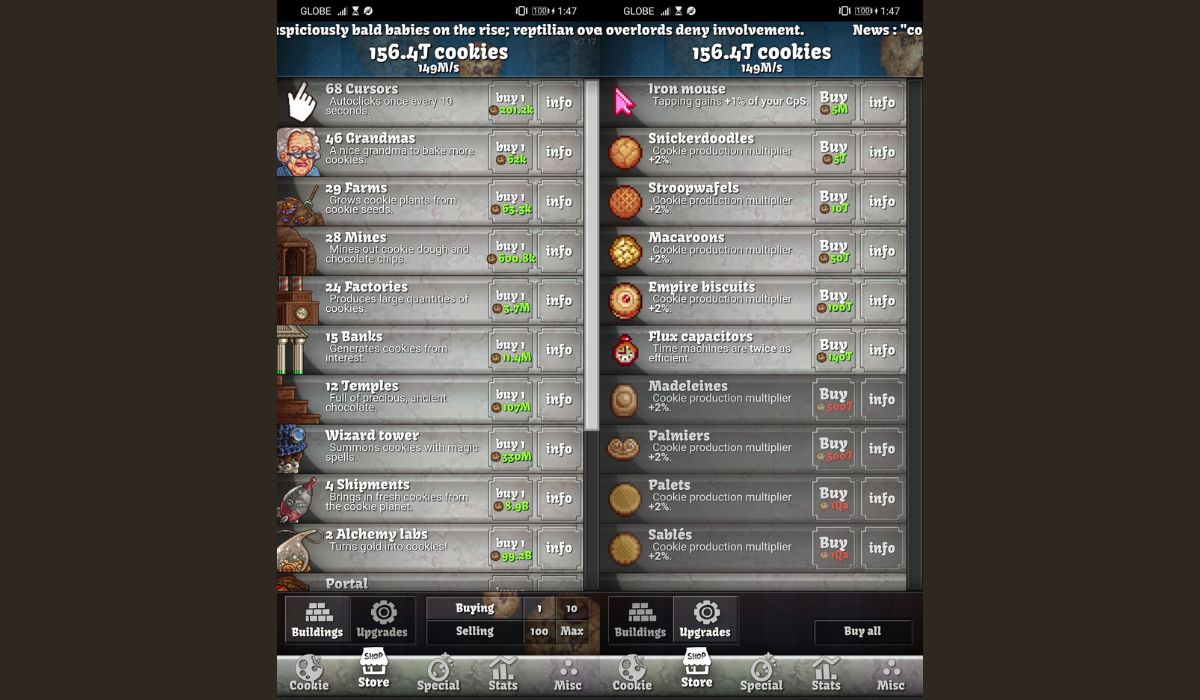 A Cookie Clicker ascension guide can only go so far in helping you know when to ascend. However, timing your ascension is ultimately up to your taste and strategy.

Nonetheless, we can give you some advice to hasten your progress. Even if this is a waiting game, it doesn’t mean you don’t have to do anything else while waiting. Here are some tips that might help you along the way:

Yes, using the ascension mechanic is a smart move if you want to increase efficiency. However, timing things before you make your first ascension is critical.

Should I Ascend As Soon As Possible in Cookie Clicker?

No, you should not ascend immediately when the chance comes. It’s only smart to ascend within Cookie Clicker if you’ve accumulated enough prestige levels. As a baseline guide, it’s best to wait for at least 100 prestige bonuses before your first ascension. However, advanced players recommend waiting until the 2,337th prestige bonus before ascending for the first time.

How Many Times Can I Ascend in Cookie Clicker Game?

You may ascend limitlessly within Cookie Clicker so long as you meet the conditions. The game will never hinder you from doing so and will always make the option available.

Looking up a Cookie Clicker ascension guide is worthwhile if you’re aiming for the most efficient strategy. After all, games like these require a fair bit of thought for you to excel at them. However, the difficulty in achieving this is having the patience necessary to wait things out. That’s especially true if you’re waiting for your first ascension. Nonetheless, waiting to accumulate enough prestige is a good strategy and you can never go wrong doing so.

How to Remove a TikTok Filter from Videos With Ease