You may take offense when someone calls you a noob online as it’s often used as a derogatory remark toward someone, especially an inexperienced gamer. Practically, it means ignorant. But Roblox, being a whole different world, gives a different meaning to it. Unlike the infamous Roblox Slender, being a Roblox noob doesn’t mean a bad thing; if anything, it means being iconic. So, what exactly is a Roblox noob? You’ll find out in this article.

Also read: How to Redeem a Roblox Gift Card

What Is a Roblox Noob? 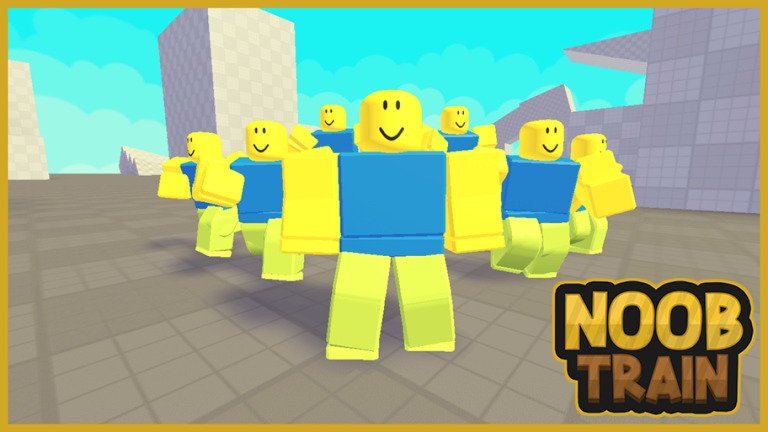 Technically, Roblox noob is a type of player avatar that is automatically assigned to a newly created account. It’s something you would associate with newbies. However, the term stuck on the first Roblox noob created in the 2006 version of the game. If you didn’t know, the starting avatar on Roblox has evolved tremendously since then.

Nowadays, the starting avatar that we know of is the Bacon Head. The original Roblox noob and those that followed it, on the other hand, became iconic figures even to the new generation of Roblox players. Recreating them became a trend, which in return immortalized and gave a positive meaning to the word Roblox noob.

Roblox noob has gone through some series of redesign, that’s why it looks different depending on the year started playing. Roblox has had types of noob avatars since 2006.

The Original Noob is the first player avatar to be introduced in Roblox when animation and customization were not even a thing. Typically, it has a yellow bald head, yellow arms, green pants, and a blue torso with the “Roblox” logo on its right chest. Albeit not providing distinguishable traits, there are two extra presets for this character avatar: one with the light blue torso and one with grey.

In 2007, Roblox introduced a new default avatar for players, which looked very similar to the previous version with a few distinctions. It still has the yellow bald head and yellow arms; only it has blue pants this time. The body color, on the other hand, can either be grey, green, or blue with the Roblox logo on the left chest.

In 2009, the telltale sign of being a newbie Roblox player again changed with the introduction of three new default avatar presets. This update brought either white or grey head and arms as well as default torso colors. This also introduced the Blockhead, Roundy, or Trim head players can wear today.

2011 is the year when Roblox first added a head accessory to its default avatar when they introduce the Noob cap. It has the signature white trim head, sporting a baseball cap with the Roblox logo on it. Later on, a female noob was added so that new players will be assigned different avatars based on their gender.

The Bacon Noob is currently the default avatar you will get when you sign up on Roblox. For a reason that is obvious, it is called such because of its “bacon hair”. It has a female version called ‘acorn hair’.

How to Be a Noob in Roblox

If you created your Roblox account just now, you would either get Bacon Noob or an Acorn Noob, depending on the gender you set. However, you can easily customize your avatar to the classic noob later on. Here’s how you can emulate the iconic Roblox noob.

1. On a PC, go to roblox.com and log on to your account. If you don’t have a computer, you can log in through a mobile browser and enable the desktop view. (Important: Customizing your avatar to become a classic noob is hard on the mobile app, so we prefer doing it on the website.)

2. Click on the three horizontal lines on the top-left corner of your screen to reveal the menu bar. Select Avatar after.

3. Remove all the items by unchecking the customizations, so that your avatar would achieve the same boxy design as the classic noob.

4. Next, select Body and then Skin tone. Scroll past the color palette and select Advanced.

5. Start customizing your avatar. Start with the head and arms by changing their color to bright yellow. Your torso should be bright blue. Lastly, change the color of its legs to light green.

6. Hit Done and you already have the classic Roblox noob.

Is It Free to Make a Class Noob Avatar in Roblox?

Yes – it’s free to make an original or classic noob avatar in Roblox. You don’t have to spend your precious Robux to emulate the now iconic avatar skin. All you have to do is to disable all your items and change your avatar’s skin tone.

Why Do We Hate Noobs?

There’s a love and hate going around Roblox noobs. Some people hate the acorn noob because of the stereotype that players who wear it are poor. Some kids would even gang up on bacon noobs — thankfully, Roblox has safe chat mode.

On the other hand, the community sees wearing the classic noob skin differently. It has become a symbol of Roblox that’s why some players love to emulate it.

Why Is Everyone a Noob in Roblox?

There may be a server error when everyone, including you, looks like the default bacon or acorn noob avatar. When this happens, Roblox is having difficulty syncing your skin customizations that’s why you appear like everyone else. Here’s how you can fix Roblox if it’s not working properly.

It’s not a negative thing to have a noob avatar in Roblox. Some players may have a different opinion about it, but the term is being used to refer to an iconic symbol of the game in general. If you want to transform your avatar to the original or classic noob, you can follow the guide we have just shared. However, there are more ways you can make your character unique, like changing your Roblox display name with something cool. You may also join Roblox Discord servers to follow the latest trends in the game.

How to Get Shaders for Roblox [Installation Guide]

How to Watch Deleted YouTube Videos With or Without Link

What Does ‘Pinned’ Mean on TikTok? [Ultimate Guide]

How to Change Voice on Google Maps [Step-by-Step Guide]