Did you finally create a new Gmail Account just to separate your personal and work emails? Has your current Gmail turned into a spam box? Maybe your office finally upgraded to Google Workspace along with a new Gmail work account. Whichever one of these applies to you, you’ve probably stumbled onto this article to know how to change default Google Accounts.

What Are Google Accounts?

Before you start changing your default Google Account, you first have to understand what exactly a Google account is. To start with, Google Accounts are a type of user identification measure for Google’s services and products. It lets the company’s services know that you are “you” by serving as an access, authorization, and authentication feature, much like company IDs and Social Security numbers for work and government matters.

All Google accounts and services are tied to their Gmail e-mail service. This service is free for all users but a paid version exists as part of the Google Workspace. The business version lets companies have customized email accounts for their employees. In case you don’t have a Google Account yet, you can create a Gmail account or use the “Create Google Account” form to sign up for one.

Getting a Google account is important because it links all the Google-owned productivity apps that you might have such as Drive, Gmail, and Google Maps. When a Google account is signed in to your device, all the Google services you have will work together and make your experience seamless. For example, when you accept an invite for a future event on Gmail, it will be synced to your Google Calendar instead of having to add it manually.

Also read: How to Transfer Contacts on Android

To change the default Google account on Android, you’ll have to unlink and delete the first account from your device. Your second linked account will then be promoted to the default account if you have one.

How to Delete a Linked Google Account on Android

1. Go to the Settings menu either by pressing on its home screen icon or by pulling down the notifications bar and clicking on the gear.

2. Scroll down to the Accounts & Sync or Accounts section and select it.

3. Choose the Google Account you want to delete. Make sure it’s the correct one if you have multiple.

5. Proceed when the second and third confirmation prompts comes up. You’ll have to pass a fingerprint or pattern lock if you have those security settings enabled on your phone.

If you don’t have multiple accounts signed in to your phone, you’ll have to link in a new default Google account for your apps and services to work.

1. Go to the Settings menu either by pressing on its home screen icon or by pulling down the notifications bar and clicking on the gear.

2. Scroll down to the Accounts & Sync section and select it.

4. Select the Google icon. You’ll have to pass a fingerprint or pattern lock if you have those security settings enabled on your phone.

6. If successful, you’ll see the new account on the Accounts & Sync page.

What Can Go Wrong When Changing Default Google Account? 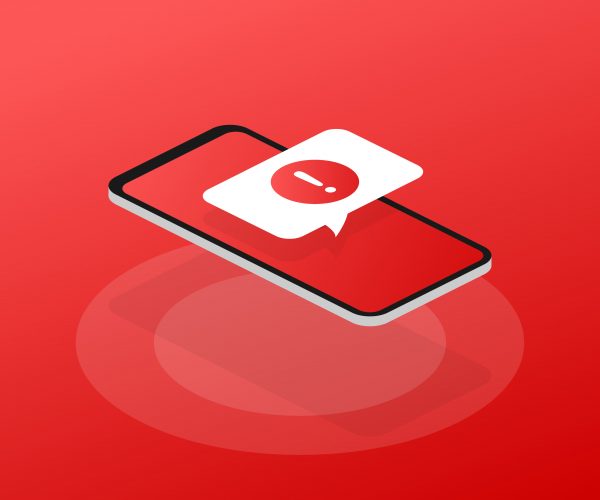 So, what can go wrong when you set your default Google Account to another one? The answer is that a lot of things can easily go awry, from apps not loading in properly to some of your data being lost. Since Google Accounts is heavily integrated into Android, many features would end up unavailable or limited without a linked account. You’ll find that several important and useful apps need a linked Google Account to fully work like the Google Play Store, Google Pay, Google Workspace apps, YouTube, Google Chrome, and a lot of connected third-party apps.

One of the biggest problems when not having a linked account is the lack of a Google Drive backup protecting not just your app data but also your contacts, calendar, Google Assistant, and other account-specific settings. While a lot can go wrong by changing your default Google Account, you can solve it by connecting to another account or by having a second connected account in the first place. We’ll explain some app-specific problems and the reasons why not linking your current account may not be a good idea.

Your bought games and apps are linked to specific Google Accounts on the Google Play Store. This means you might lose access to accounts and settings on some of your downloaded games. Other online games using Google Play Games may also stop working or have limited functionality.

Your money stored on Google Pay would also be locked off without the original account linked to it. Other Play Store items like eBooks and movies would also be inaccessible if the Google Account they’re on isn’t linked on Android.

Also read: Google Pay App: Is it The Best Money App to Have?

The Google Workspace is a group of apps including Gmail, Google Calendar, Google Drive, Google Docs, Google Sheets, Google Slides, Google Meet, Google Keep, and Google Vault. All of these services are tied to and rely on the linked Google Account to work. This means you wouldn’t be able to access your emails, documents, notes, and slides. Nor would the Google Drive and Google Vault backups work on your Android.

Also read: How to Back-Up and Restore Android Phone Data

Aside from Google services, apps and services that use Google Accounts for single sign-on (SSO) authentication might also have problems. These apps may have limited functionality without a linked Google Account or may not work entirely. For instance, you might lose all your progress on games tied to your previous default Google account.

How Many Google Accounts Are Allowed on Android?

You now know how to delete and change default Google Accounts but you should also know that there are no limits to how many accounts you could link up to your Android device. Due to that, you have to be careful about what account you’re on when you use Google apps and services.

How to Switch Between Google Accounts

Generally, Google apps have a similar interface that allows you to switch between accounts easily for that app. You can find your account icon on the upper right side of most Google programs like Play Store, YouTube, Google Chrome, and Google Workstation apps. Clicking the icon shows a selection prompt with a drop-down arrow on the right side. All of your Android-linked apps will show up in the drop-down list and you can select which one you’d like to use for that app.

Things to Remember When Switching Accounts

Including those mentioned before, there are a few important things to remember when switching between Google Accounts:

1. Remember that app settings and bought items are linked to specific Google Accounts. You might not be able to access or use them without having those as the app’s default account.

2. If your goal is to separate work and personal Google Accounts, remember to turn off account sync. You can access these options by clicking on the Google Account on the Accounts & Sync menu.

3. Be careful about which apps and sites you link to your Google Account. Some sites are more vulnerable to hacking than others and may compromise your Internet safety. If enabled, your Google Account also keeps track of passwords and other potential security problems you might face. You can look at Google’s overview of your account on the My Account page.

Changing default Google Accounts has gotten easier over the years as Google apps evolve and become more user-friendly. It’s something that should be a given, considering how much a Google Account has become ingrained into almost every facet of the Android OS.

From first booting it up to playing Among Us, and having a meeting for work on Google Meet or Zoom, knowing your way around juggling multiple Google Accounts is set to be an important factor in your work-life balance.