The dating scene used to be a very different world where old-fashioned methods were the norm. With technology the way it is today, dating has changed and evolved. The thought of online dating was scoffed at in the past. Now, dating apps is conventional.

Nowadays, meeting other people can be achieved through a simple tap or swipe, with an entire catalog of potential partners right at your fingertips. However, with so many dating apps on the market, it can be hard to choose the right one. Here are 10 of the best dating apps you can download for free.

You’ve probably heard of Tinder. In fact, it’s one of the most famous dating apps on the market today. It’s also very popular, which means there are more people on it than other dating apps.

Anyone over the age of 18 can join Tinder. Setting up a profile comes easily, with a segment for a bio allowing you to describe yourself in 500 characters or less. You can upload up to six images and link your social media accounts to your profile.

Once you’re all set up, Tinder will begin suggesting matches based on your preferences. You can swipe left (to pass) or right (to like them) based on the person’s name, age, a photo, and some additional information if they have it. If you both have Facebook connected, you can view your mutual friends. Tinder only lets people message each other if they’ve both swiped right. This means you won’t get messages from anyone you don’t like.

Tinder reviews have hailed it as one of the best dating apps due to its ease-of-use and regard. However, some have criticized it for being more of a playground for casual hookups than real dating.

You can download Tinder for free on iOS and Android. The free version only gives you limited swipes per day. If you want unlimited swipes, you need to pay monthly.

OkCupid started out as one of the most popular dating sites before transitioning to an app to keep up with modern-day technology. However, that doesn’t mean its methods are outdated. To begin, OkCupid asks you to fill out your profile in great detail. It requires you to give answers to questions, as well as what answers you’d like your partner to have. This allows the app’s algorithm to assign compatibility percentages. It then shows you potential matches based on these computations.

If someone piques your interest, it’s best to shoot them a message rather than liking them. Viewing likes are exclusive to A-list subscribers, so your likes may go unnoticed. Moreover, unlike apps like Tinder, OkCupid does not limit messaging, which means anyone can send you a message. You can lend your profile more credibility by linking your social media pages.

OkCupid can be downloaded for free on iOS and Android. A premium version gives you access to additional features.

A list of the best dating apps wouldn’t be complete without mentioning Plenty of Fish. Another oldie but goodie, POF boasts a database in the literal millions. Like other dating apps, POF asks you to answer quizzes about your likes, dislikes, wants, and needs. It also incorporates Tinder’s swiping mechanics, as well as a “Spark” system of its own. This system makes it easier to break the ice with someone, as it lets you quote a part of their profile. Apart from that, it also has a feature that allows you to see potential matches nearby.

In the world of best dating apps, Plenty of Fish is somewhat unique in that it’s totally free with no strings attached. It’s available on iOS and Android.

When it comes to gay dating sites, none come close to Grindr. It’s the best dating app for the LGBTQ+ community, acting as both a social media platform and a place to find a partner. In fact, it asks you to make it clear on your profile whether you’re looking for love, something more casual, or just friends.

After setting up your profile, you can begin liking and messaging with other people. Grindr also has a location function, which means you can see people nearby. You can even set your location to somewhere else or share it with others. This dating app is very user-friendly, so don’t be intimidated.

While sign-up is free on Grindr, there are paid subscription levels that allow you access to more functionalities and profiles. Grindr is available on iOS and Android.

Just like many other popular apps for dating, Bumble boasts ease-of-use and a smooth interface. Though profiles are much shorter, it functions in generally the same way as Tinder. However, it differs when it comes to messaging. For opposite-gender matches, the woman must be the one to first send a message within 24 hours. Either party can extend this deadline for various reasons. On the other hand, for same-gender matches, anyone can initiate the conversation.

Bumble values safety above all else, being one of the only best dating apps with an explicit code of conduct. If you’re looking for Tinder alternatives, Bumble is the one for you. You can download the app on iOS or Android for free, though it does offer optional in-app purchases.

Down Dating is very similar to other dating apps like Tinder and Bumble. However, unlike Tinder, Down Dating requires you to link your Facebook account for verification. You are also asked whether you’re looking for something casual or something more serious. After filling out your profile, you can swipe right on profiles you like and left on ones you don’t. When you get a match, you can begin sending messages to each other.

Anyone over the age of 17 can join Down Dating. The dating app is available in both iTunes and Google Play. While generally free, Down Dating does offer a monthly subscription of $19.99 for access to extra features.

If you’re looking specifically for Asian singles, then download the Asian Dating app. The app boasts a membership base of over 2.5 million singles from all over the world. Like any other on this list of best dating apps, Asian Dating lets you complete a profile before browsing through potential matches and initiating conversations.

Asian Dating offers three membership grades: standard (free), gold, and platinum. Standard members can only communicate with paid members, while gold members can do so with all members. Platinum members, on the other hand, has access to all app features.

Meet the new Facebook feature introduced earlier this year: Facebook Dating. With this, Facebook promises an easy and authentic online dating experience. It will match you with people who share the same interests, attend the same events, and join the same groups. You will have the ability to share Instagram posts directly into your Facebook Dating profile. The same functionality will be added for stories by the end of the year.

Facebook Dating is an opt-in feature, which means not everyone on Facebook are members. It’s entirely free, with no in-app purchases or ads.

Hinge has been compared to Tinder in a lot of ways. However, what sets it apart is its unique method of showing you other profiles. It requires you to link your Facebook account, which Hinge uses to connect you with friends of friends. The dating app presents you with all the friends you have in common, as well as interests and other likes. Because it only connects you with people not far within your circle, you can ask mutual friends about your matches.

You can download the Hinge dating app on iOS and Android. Like most dating apps, it has a free version and a paid version, which gives you access to more features.

If you’re on the prowl for someone exceptionally above standard, then The League is the best dating app for you. Promoted as a dating service for the well-educated and ambitious, The League isn’t an app that just anyone can join. You must allow the app access to your Facebook and LinkedIn accounts as part of the sign-up process. You must also fill out an application. These will all be verified and used by The League to determine whether you’re eligible. Just like university applications, you may be accepted, rejected, or waitlisted. It must be noted, though, that rejections are very common.

Once you’re accepted, you can stay a free member or opt for a paid membership. The paid version will cost you $99 a month or $250 a year. While not exactly the most affordable dating app on the market, The League certainly offers potential matches that come from good schools and have respectable careers.

Mobile internet has brought the gift of free online dating to the center. In the past, dating used to be limited by a number of factors, including location. Now, meeting new people can be done from the comfort of your own home. Making connections with potential partners can be achieved with a single swipe. With a wide variety of dating apps at your disposal, it’s almost a crime not to take advantage of them. 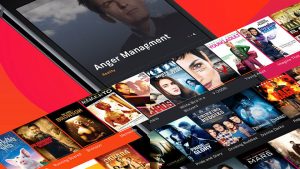 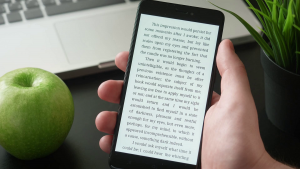 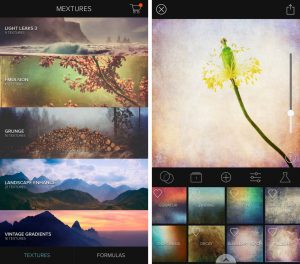 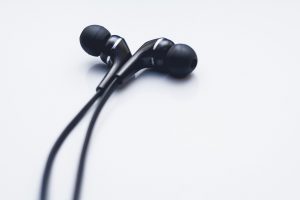 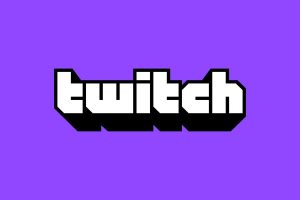